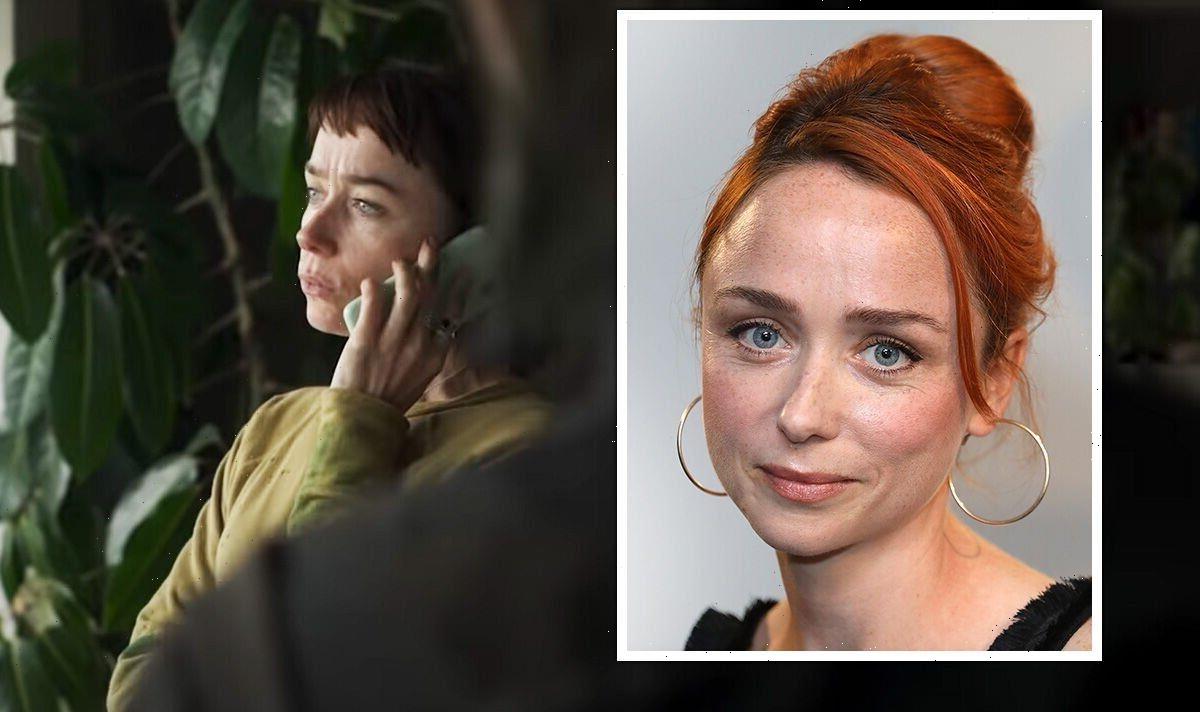 Irish actress Emily Taaffe portrays the mother of murdered teenager Neve Kelly (played by Clara Rugaard) in the Sky drama. Her character, Maria Kelly, tragically discovers her daughter Neve has been killed in the opening episode and has no idea who her assailant was. Emily recently opened up to Express.co.uk about filming hard-hitting scenes about her on-screen daughter’s death.

The thriller begins when Neve wakes up disorientated after a night out and she later realises she’s been brutally killed.

The character is desperate to speak to her grieving mother and finds her way back home to try and reach out to her.

However, she soon works out she is invisible to her loved ones and has no way of making contact with them.

The family dog can, however, can sense Neve’s presence and she gets her family as well as the police officers to follow the canine to a lake her lifeless body is floating in.

Maria is inconsolable when Neve’s body is pulled from the murky water as she cannot believe her beloved daughter has been killed.

When asked what it was like to film such hard-hitting scenes, Emily explained: “It wasn’t a barrel of laughs, those scenes are always quite difficult to do.

“I feel if it goes well and the day goes well it is quite satisfying in a way because you can kind of leave everything on the set and give it your all.

“You can walk it off and go home and have a shower then a glass of wine and let it go.

“Although they are difficult to do you really feel like you have worked hard that day. In a weird way, they are quite satisfying.”

Emily explained how grief is a theme which runs throughout the thriller and admitted it was “an interesting thing to craft” on set.

The actress also revealed filming with Clara was “difficult” as she had to pretend Neve was invisible.

“It’s really difficult actually because normally the whole point of acting is that you are reacting to what someone else is giving you and reacting off each other,” Emily added. “So not having that is quite a strange thing.”

While the story follows Neve as she tries to work out who killed her and why Emily assured viewers they would also get to watch some lighter scenes.

“It’s not thoroughly depressing all the way through,” Emily joked.

She explained: “When you are telling a story like this you look for the comedy and the tragedy right?

“Because that is what life is like, you have the things that happen to you.

“Sometimes there’s something really funny and you need to laugh to get that release.

“There are moments later on the show with different characters that allow you that because that is really important.”

The Rising is based on a Belgian crime thriller named Hotel Beau Séjour, which ran for two seasons.

The Rising is now available to watch on Sky Max and NOW.