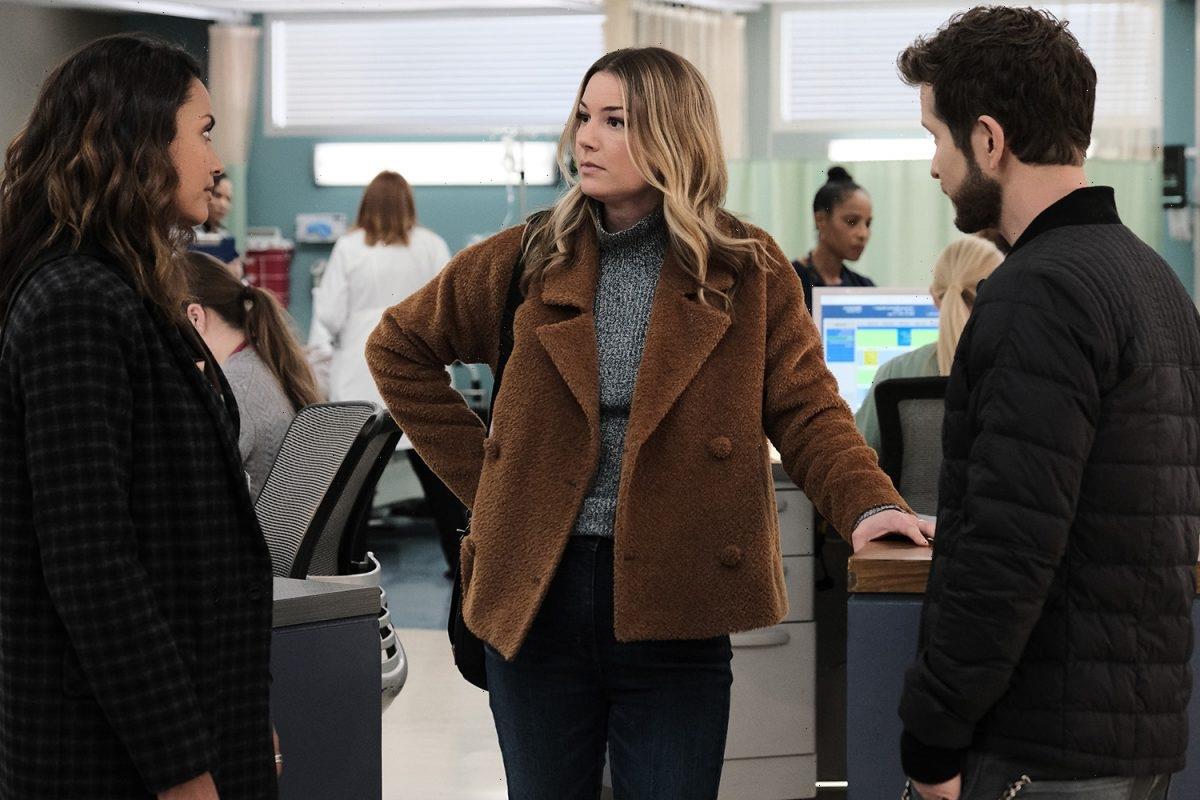 On Tuesday, Oct. 5, The Resident gave fans the moment many have dreaded: Emily VanCamp’s exit. In an emotional episode, Conrad Hawkins (played by Matt Czuchry) and his friends at Chastain Park Memorial Hospital said goodbye to Conrad’s wife, Nic Nevin. After the episode aired on FOX, VanCamp spoke about why she left the series and revealed if she would ever return. According to the actor, the writers almost gave Nic a slightly different ending.

Why did Emily VanCamp leave ‘The Resident’?

FOX officially announced VanCamp’s exit from the medical drama in August, just a few months ahead of the season 5 premiere. That same month, the actor welcomed her first child with husband Josh Bowman, whom she married in 2018.

At the time, VanCamp remained quiet about her decision to leave The Resident. However, speaking to Deadline after the Oct. 5 episode, she explained that she wanted to spend time with her newborn daughter, Iris.

“I think there comes a moment in every woman’s life — in every person’s life — where it becomes less about work and more about family, and that’s what happened while I was making the show,” VanCamp said. “Doing that many episodes in a different city and then you add COVID to that, most of us couldn’t see our families for almost a year. It really solidified for me that family is where my heart is at the moment.”

At the end of episode 2, the police arrived at Conrad’s house to tell him there had been an accident. The following episode opened with the doctor rushing to Chastain, where he found Nic arriving in a helicopter. According to the police, Nic was seriously injured in a single-car collision.

Nic’s friends and colleagues at Chastain tried everything to save her, but unfortunately, the crash caused severe brain damage. She would never wake up; Conrad wanted to respect her wishes by taking her off life support and donating her organs. The episode ended with a tearful send-off, featuring scenes from Nic’s life at Chastain.

The writers had planned VanCamp’s exit far in advance, so Nic’s death wasn’t much of a surprise. However, VanCamp told The Wrap that they did have to make some last-minute changes to the story. In another version, Nic might have woken up, even if only for a brief time.

“I was supposed to go back for a couple of episodes, but just because of personal reasons, I wasn’t able to, which was a huge shame because I wanted to. And that was the plan all along,” she revealed. “So the timing of everything was quite unfortunate. But I’m really so amazed at what they were able to do and grateful that they were able to pull it off as well. So yes, those conversations happened, and of course, I would have loved to go back, but life happens.”

Would the actor ever return to ‘The Resident’?

Unfortunately, Nic’s death means the character won’t return alive and well. However, that doesn’t necessarily mean she won’t return at all. VanCamp added that she would be willing to come back to The Resident in the future, perhaps for a flashback or a dream. The exact cause of Nic’s crash has yet to be revealed, so her story seems far from over.

“I would be absolutely open to going back in some form or another,” she told The Wrap. “But it really depends on what we expect for the show and for them. But I’d always love to go back and see everyone. I miss them terribly.”