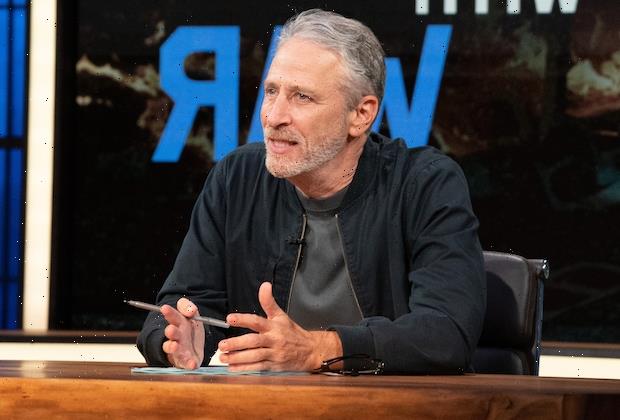 Apple TV+ on Thursday revealed The Problem With Jon Stewart, a new current affairs series that shares very little DNA with The Daily Show — you know, aside from the host.

Rather than focus on the headlines of the day, the aptly titled program focuses on a single problem in each episode, with the premiere dedicated to war — or, more specifically, how the United States government fails its veterans upon their return from war. After a couple of jokes about how much he’s aged since he departed The Daily Show — “Very few people would be happy looking like an anti-smoking poster,” Stewart deadpanned — the host spent 10 minutes discussing burn pits: heaps of toxic waste incinerated by the U.S. military, from which black smoke billows and gets ingested by servicemen and women who return home from Iraq and Afghanistan only to develop a myriad of ailments ranging from sinusitis, to asthma, even to cancer.

What followed was a panel discussion with impacted veterans who shared their disheartening tales of trying (and failing) to receive proper treatment in an adequate amount of time. It was as informative as it was infuriating. Afterwards, Stewart cut to an interview with Secretary of Veterans Affairs Denis McDonough, during which they discussed the problem at hand and what could (and could not) be done to potentially address it. 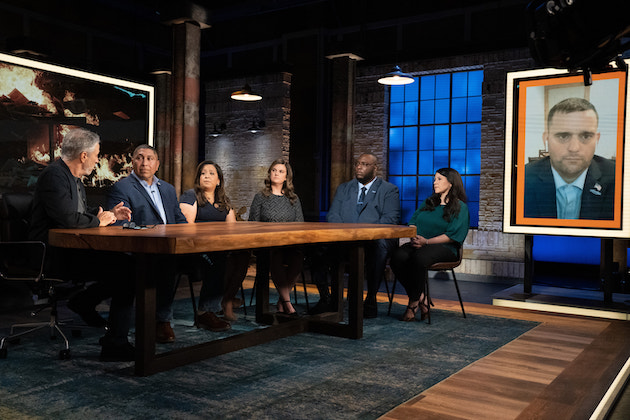 Now for the potential problem with The Problem With Jon Stewart: Six years after Stewart forfeited his throne as the king of late-night political satire, several of his former correspondents have gone off and created similar programs that are doing all the things The Problem aims to do, but better — and with tighter editing, at least judging by Thursday’s debut. With its single-issue format, the show itself is perhaps most like HBO’s Last Week Tonight With John Oliver, only with less jokes to help bring levity to an otherwise dense subject matter. (Neither a satirical how-to video teaching viewers at home how to create their own personal burn pits, nor a faux PBS promo featuring award-winning documentarian Ken Burns, were especially funny.)

As for Stewart’s sit-down with McDonough, I couldn’t help but think that it would have been more digestible had it been spliced into segments and shown throughout the episode — akin to how the late, great Patriot Act With Hasan Minhaj used to unspool its one-on-ones.

All told, The Problem feels like a work in progress — a promising work, for sure, but one that will need to try that much harder to distinguish itself from the very shows Stewart inspired his former Comedy Central cohorts to create.

Now it’s your turn: What did you think of the first episode? Grade it via the following poll, then drop a comment with your full review.