Kym Marsh, 44, has been revealed as Alex’s, 37, replacement for the next couple of weeks as The One Show host takes a break after presenting every programme during the coronavirus lockdown. However, viewers of the BBC magazine show are already calling for her to return to her duties as they haven’t been impressed with the interviewing style on the show. Joining the former Coronation Street star has been Amor Rajan, 37, and following an interview with musician Jarvis Cocker, 56, and with model Twiggy, 70, on Tuesday’s edition of the programme, viewers have slammed the pair for supposedly interrupting and cutting off their guests.

With the likes of Jarvis and Twiggy joining the hosts via video link from their homes, the connection hasn’t always been the strongest.

This has led to delayed feedback, with the guests often replying some time after the presenter has finished the question and vice versa.

An incident like this is what made fans call out Kym on Tuesday’s show, but Amol left fans raging on Wednesday night by jumping in whilst the musician was still speaking.

After the former soap star had asked a question about some of the songs from his upcoming album, the Pulp ban member went on to give an explanation.

Needing to move the programme along, Amol spoke over the top of him as he said: “It sounds amazing and it looks amazing as well,” with the guest taking his queue to stop talking. 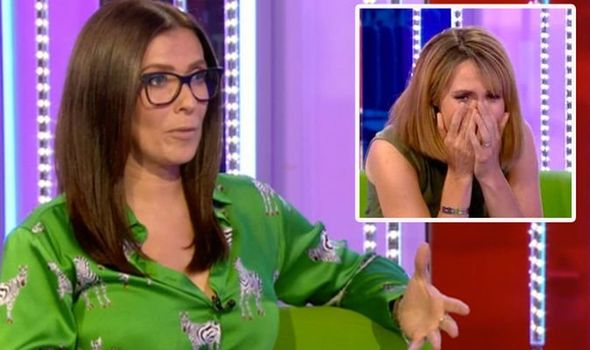 One viewer posted on Twitter in response to the awkward moment: “Don’t be cutting Jarvis off mid-sentence #TheOneShow.”

Another added in fury: “He interrupted Jarvis Cocker and not in a polite way either. How rude! #TheOneShow.”

Whilst a third asked when the last remaining permanent presenter would be back on the sofa: “When is Alex back? #TheOneShow.”

This was a similar response to Kym’s interview with Twiggy as a viewer commented: “#TheOneShow cutting Twiggy off too soon away pretty poor!”

Don’t be cutting Jarvis off

The One Show viewer

“When will the presenters on the one show learn not to interrupt the guests. It’s not only really annoying, it also cuts the sound off so we can’t hear the guests! #TheOneShow,” another wrote.

Although it might seem Kym and Amol were interrupting their guests, the difficulties with trying to host a show with a guest who is not in the studio can be extremely hard work.

Whereas interviewees might get a sense of when their slot is coming to an end in the studio, being at home and speaking via video doesn’t accommodate this feature.

Therefore, presenters have to sometimes jump in when the clock is counting down to the next segment.

It was on Friday’s edition of the programme when Alex announced she would be taking a two-week hiatus from her duties.

The presenter was joined on the sofa by her replacement Kym and assured fans she would be back by July 20.

Speaking on her brief exit, the host said: “It’s been a real privilege to come to work every day with all of you lot and thanks for being the reason, as well as my family, for getting me through this really weird time.

In the meantime, the former soap star will be replaced herself next week as another presenting duo take the reins.

Alex has been joined by a wealth of talent over the last few months, with the likes of Chris Ramsey, 33, Alex Scott, 35, and Rylan Clark-Neal, 31, offering her a helping hand.

It will be Strictly Come Dancing star Alex S who fills her position next week and she will be joined by Gethin Jones, 42.

For now, viewers will be watching on as Kym and Amol speak with yet more guests for the last two shows of the week.

Thursday night will see the pair talking with The Voice Kids coach and signer, Pixie Lott, 29.

The One Show airs weeknights at 7pm on BBC One.