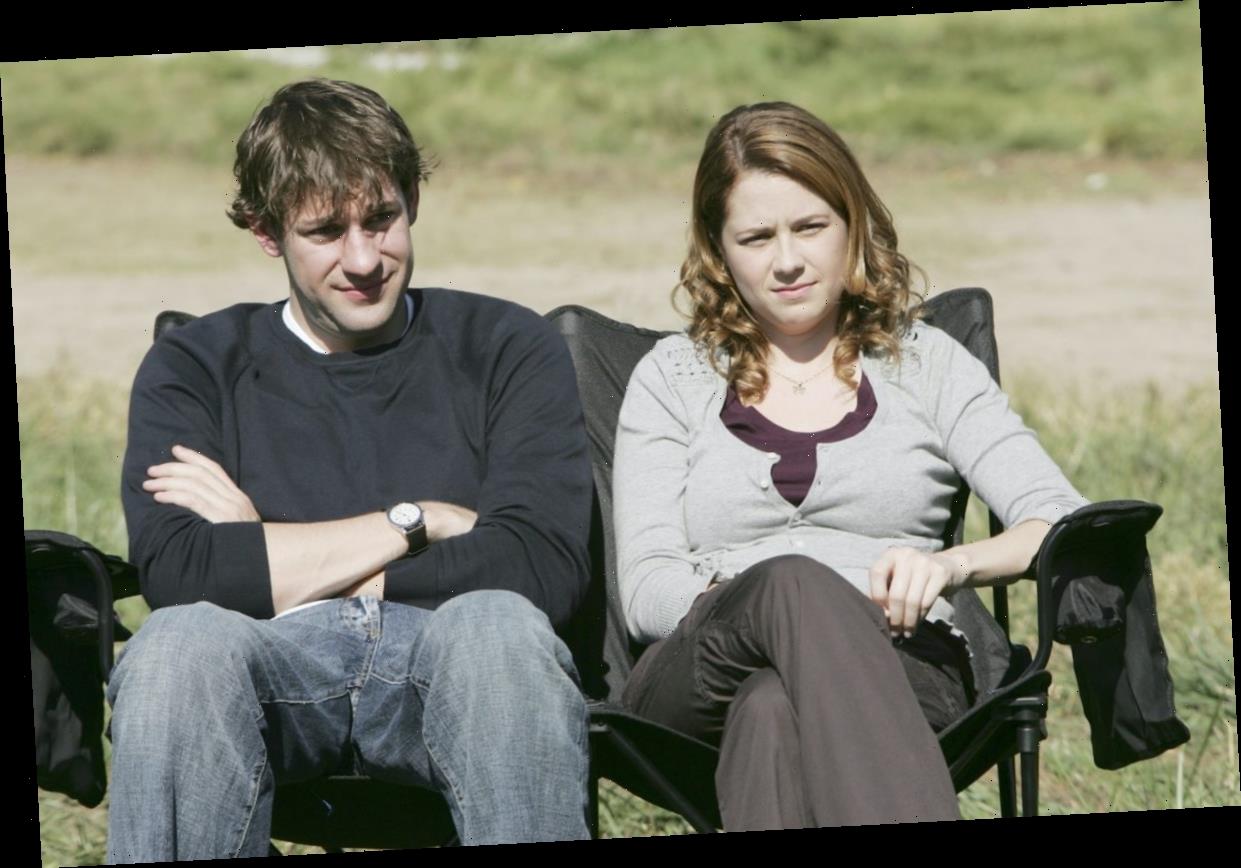 The Office “Dinner Party” episode had a Jim and Pam moment that was controversial among fans. During the uncomfortable dinner party, Jim hatched an escape plan and almost got away with it. While The Office fans thought Jim was a jerk for potentially ditching Pam, the episode’s writers didn’t see it that way.

Did Jim try to ditch Pam at the dinner party?

During the Mar. 17 episode of the Office Ladies podcast, hosts Jenna Fischer and Angela Kinsey did a deep dive into the classic episode “Dinner Party.” In the episode, Michael and Jan throw a dinner party that turns into the most uncomfortable gathering of all time.

In a talking head interview, Jim explains just how bizarre the night has been. “Michael and Jan seem to be playing their own separate game and it’s called, ‘Let’s see how uncomfortable we can make our guests,’” he said. “And they’re both winning. So I am going to make a run for it.”

Jim comes up with a plan to leave the party. “Jim fakes a phone call from his landlord saying that his apartment is flooded, I guess, and he tries to get Pam to come with him to escape the party,” Fischer explained. “He’s like, ‘We’ve got to go. We’re so sorry.’ But Michael is like, ‘Well, you guys don’t both need to go check on the apartment.’”

There’s no way Pam is going to let Jim leave without her, however. When she tells him, “Oh, Jim I don’t think you’re going to abandon this party here all by itself,” Jim answers, “No, because everything I own is there.”

Pam makes it clear that he’ll be staying, telling him, “You can buy new stuff but you can’t buy a new party!”

Fans weren’t thrilled with Jim since he considered leaving Pam behind, though he didn’t actually follow through on ditching her. Fischer called the moment “very controversial” to many.

“We got a lot of mail about this moment,” Fischer noted.

“[Writer] Lee Eisenberg actually spoke about this in an interview with Office Tally back when the episode aired,” she continued. “Because I guess after this aired on the East Coast, the message boards blew up with fan comments online.”

“People were really, really mad that Jim would consider leaving Pam behind at this party,” she added.

The episode’s writers didn’t see the moment the same way as the fans. During a 2008 Q&A with the site Office Tally, Eisenberg and Gene Stupnitsky were asked, “What was your favorite scene from the episode? In the sense of how each actor brought your writing to life.”

They acknowledged “there was much debate online about Jim trying to leave Pam,” but counted that as a favorite moment.

When asked if Jim would have really left Pam, they answered, “Maybe,” but added, “The reason we think the scene works is that you get a sense of the playfulness of them as a couple.”

“We never viewed it as Jim being a jerk — after all, he did try to bring her with,” the writers shared. “That exchange was meant to be a little chess match between them with Pam coming out with a checkmate. If he had actually left her, well, that’s a different story.”

Fischer noted that writers “thought Pam was the victor of this scene … but people could not get past the fact that for a moment Jim was willing to leave her there.”