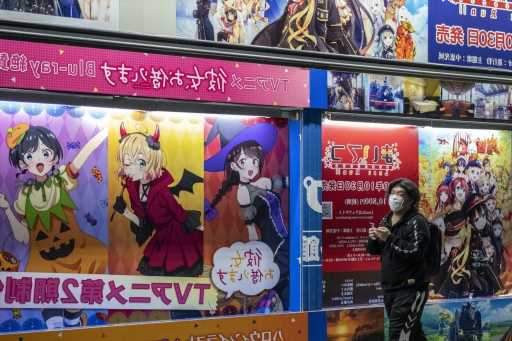 Anime has been popular for decades, but in recent years, its popularity has really exploded. Many Americans have become familiar with classic anime like Neon Genesis Evangelion and Ghost in the Shell, long-running series like Naruto and JoJo’s Bizarre Adventure have grown massive fandoms, and newer series like My Hero Academia and Sk8 the Infinity are already part of the pop-culture vocabulary.

That being said, there are a few anime that were mainstream in the US before others, so if one had to guess which anime was most popular, the average person might guess something like Pokemon. However, this would be incorrect.

In fact, the most popular anime is one that came out in the late 2000s, and could easily hold its own against popular prestige television with its intricate plots, in-depth characterization, and thematic complexity. Which new anime has reached this level of popularity?

The most popular anime is based on a manga series

On both My Anime List and Anime News Network, two of the top sites for anime fans and anime news, the highest-rated anime is Fullmetal Alchemist: Brotherhood. This anime is an adaptation of the manga series Fullmetal Alchemist by Hiromu Arakawa, and ran from 2009-2010 in Japan and was released in the US the following year.

The manga had actually been adapted to anime before, but Brotherhood was more successful due to being a closer adaptation of the manga and due to its higher production value.

The series takes place in a fantasy steampunk setting and focuses on the Elric siblings, Edward and Alphonse. The two are alchemists, and at the start of the series become seriously harmed by an attempt to resurrect their mother – Edward losing an arm, and Alphonse becoming an animated suit of armor.

The two become State Alchemists after this, and the series follows them in their attempts to discover the Philosopher’s Stone and restore their bodies, as well as in their exploration of government secrets and dark conspiracies.

Other popular anime range from contemporary series to classic movies

Both lists feature other anime that have become quite popular and critically acclaimed. Steins;Gate, a science fiction thriller about time travel, features in the top 10 on both websites. Anime News Network has more movies on it, including two movies from the famous Studio Ghibli: Spirited Away and Princess Mononoke, as well as your name.

My Anime List has some newer anime that have gotten huge in the US, including the 2021 Fruits Basket reboot that was released on Netflix, as well as Shingeki no Kyojin. For those unfamiliar with anime, these lists are an excellent place to get an introduction to some of the best of the genre.

The creator of ‘Fullmetal Alchemist’ has plans for a future project

According to comicbook, Hiromu Arakawa, the mangaka that made Fullmetal Alchemist, announced that in July, 2021, she would be revealing her new project. The manga Fullmetal Alchemist was released in July 2001, which would make this a 20th anniversary celebration of her biggest series! Currently, Arakawa is working on the art for a manga adaptation of The Heroic Legend of Arslan series, and she just finished a slice-of-life manga series entitled Silver Spoon.

Therefore, fans are very curious to see what Arakawa plans to announce. It’s clear that her work can be diverse in genre, but some fans are wondering if this new project will be a return to the universe of Fullmetal Alchemist. Whatever this project is, it’s very likely to see great success from longtime fans and new readers alike.