Apple TV +‘s The Morning Show shed light on why exactly Mitch Kessler (Steve Carell) was fired, and fans are in an uproar. Kessler was fired in the first episode of the series for sexual misconduct allegations, but for seven episodes fans were questioning whether the allegations were true.

Some viewers began feeling bad for him, but after episode eight, everyone is talking about what he did. Let’s take a look at what happened and why some fans still don’t understand the #MeToo movement. Warning: Season 1 Spoilers 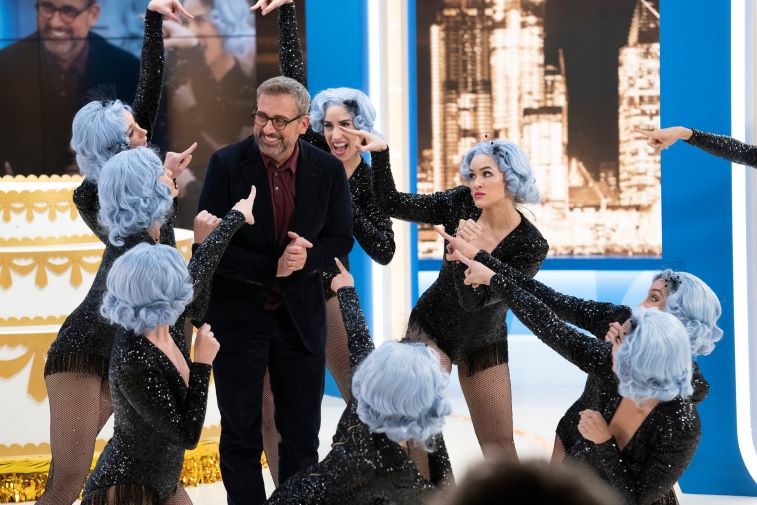 Why was Steve Carell’s character, Mitch Kessler, fired from ‘The Morning Show’?

In the series premiere of The Morning Show, Jennifer Aniston‘s character, Alex Levy, announces on the morning news that her cohost, Mitch, was let go. She tells America that he was fired for sexual misconduct allegations.

Throughout the next six episodes, the show explores Mitch’s feeling that he did not do anything wrong. He often tells friends and his ex co-workers that everything he did was consensual. Some viewers begin to feel bad for Mitch and wonder if the allegations are true.

However, after the flashback in episode eight, fans now know what went down. The show begins before the Harvey Weinstein scandal and ends as the news is breaking. Throughout the episode, Mitch tells a booker—Hannah Shoenfeld (Gugu Mbatha-Raw)—what a great job she is doing. He also flirts with her, invites her back to his room to console her regarding the devastation of the day, and then sexually assaults her.

The calm before the storm.  #TheMorningShow

When Hannah goes to the President of the network, Fred Micklin (Ted Irwin), to report what happened, he offers her a promotion to head booker.

“As a survivor of sexual assault, this was really difficult to watch,” wrote one Instagram user. This is a really important subject matter and I appreciate this show highlighting it. Sexual assault isn’t always violent, showing physical damages. The instance illustrated in this episode shows how sexual assault can also be a manipulation. Kessler was just as much a predator.”

The episode generated an extensive amount of discussion. Many viewers sympathized with Hannah, but a few felt she could have more aggressively turned down Mitch’s advances.

“I still wouldn’t call it an assault,” wrote one Reddit user. “It’s an abuse of power. She consented many times from Mitch’s perspective. [Hannah] could’ve gotten out of it but decided to stay for the sake of her career.”

“[Hannah] showed us that she is more happy with a promotion than she was sad with the experience with Mitch,” the viewer continued. “If she weren’t, she would’ve sought justice. Mitch is definitely in the wrong but she isn’t blameless. Sure, I can empathize with her, but it doesn’t take away the illogical and immoral things she did.”

It's a cruel world out there, better stick together. #TheMorningShow

Some users on Reddit called for the moderators to remove victim-blaming comments. Other viewers tried to explain why Hannah did not feel that she could say no.

“Yikes, some of these comments really are disturbing,” countered one fan. “Mitch is a full-on creep. [He is] absolutely irredeemable.”

“They did a wonderful job with the camera angles in the hotel scene,” one Redditor wrote. [It] really painted the picture and showed me, as a guy, what the ‘freezing up’ situation is like for a woman. [It is] heartbreaking.”

The male viewpoint of this fan is precisely what showrunner, Kerry Ehrin, is going for with the series, according to The Hollywood Reporter. She did not want to reveal that Mitch was a “monster” from the beginning because she wanted the male audience to like him. She wanted it to show the truth and open people’s eyes to what was going on.

We’re all in this together. #TheMorningShow

“It was so hard to watch the reality behind Hannah’s story,” added another Redditor. “But it rings true, and to put a human face to it instead of reading or hearing about [how] sexual assault was tough. I didn’t move and think I held my breath for the last 15 minutes.”

“Also, Weinstein in the back [on the TV screen] during the entire Fred scene was top-notch cinematography,” the viewer concluded.

Fans adamantly argued with the victim-blamers on social-media. Most fans felt that the episode was powerful and moving. You can catch more episodes of The Morning Show Fridays on Apple TV +.