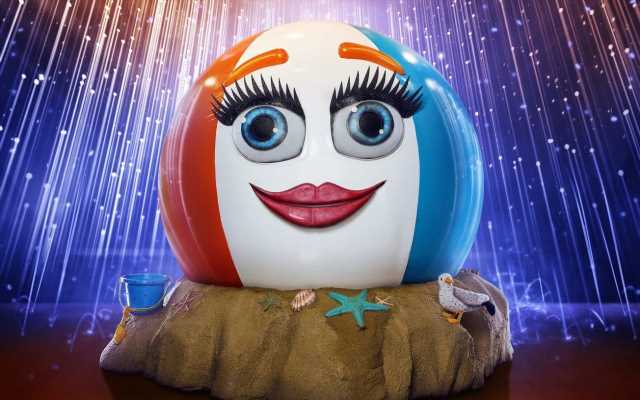 While the new challengers fall flat with their rendition of ‘Party in the USA’, Queen of Hearts delivers a performance that earns her the praise as ‘the greatest artist we’ve ever had on ‘Masked Singer’.’

AceShowbiz -“The Masked Singer” Group B contestants gave thanks in the new episode of the singing competition series. On Wednesday, November 3, Banana Split, Caterpillar, Mallard and Queen of Hearts were joined by a wildcard in a Thanksgiving-themed episode.

Kicking off the celebration was Mallard, who sang “Play Something Country” by Brooks & Dunn, whom they “basically consider family.” In their clue package, the duck said, “I rose to fame as part of a pretty famous one.” The video also showed an Allen key, Abraham Lincoln, an orca whale and sliced bread. He’s also friends with Chris Pratt, who said in a video message that they “went out catching frogs” a while back.

Up next was Caterpillar, who shared that they felt thankful for reconnecting with family. “I didn’t know my whole family growing up,” Caterpillar said in the clue package that also included a bean bag chair, an eye patch and a call center.

After a rendition of “It’s Gonna Be Me” by NSYNC and a one-word clue of “pop,” the panelists guessed the insect could be boy banders like One Direction‘s Niall Horan and Harry Styles, Backstreet Boy‘s AJ McLean and NSYNC’s very own Lance Bass, JC Chasez and Joey Fatone. Jenny, meanwhile, was convinced that they JC to the point she almost used the Take It Off Buzzer, but decided against it in the end.

Queen of Hearts said in her clue package, “One thing I’ve learned in my life is power of words.” She added, “When I was discovered, the press, it wasn’t real kind to me.” The video also showed a cowboy hat and an envelope reading “with love.”

The queen delivered a soulful version of Bishop Briggs‘ “River” that made Jenny declare the contestant is “the greatest artist we’ve ever had on ‘Masked Singer’ ever!” Her one-word clue of “home” led the judges to name Kacey Musgraves, Jessica Simpson and Jewel Kilcher as the possible celebrity behind the mask.

Banana Split came on stage next. Their video showed Ice Cream vacuuming and using a feather duster. “Last time we worked together, it was a nightmare,” Ice Cream admitted. However, “people really, really loved what we did together,” the cone added. Banana additionally confessed that they’re “incredibly claustrophobic.”

The duo performed “Let ‘Er Rip” by The Chicks. Joel gushed after their performance, “I think you guys are going to win.” After their one-word clue, “director,” was unveiled, the judges tossed out their guesses which included “The Music Man” stars Sutton Foster and Hugh Jackman, Jeff Goldblum and wife Emily Livingston, Kevin Bacon and Kyra Sedgwick, and “New Girl” co-stars Zooey Deschanel and Lamorne Morris.

The wildcard contestant, Beach Ball, showed up later, with the beach toy revealing in the clue package, “I was thrown into the game at a very early age.” The beach toy also admitted that she and her “biggest supporter” recently “went our separate ways,” but doing “The Masked Singer” reconnected the two.

At the end of the night, Beach Ball was eliminated. They were unmasked as “Here Comes Honey Boo Boo” stars Alana Thompson a.k.a. Honey Boo Boo and her mother June Shannon a.k.a. Mama June. “It was definitely very hot,” Alana said of wearing the Beach Ball costume. “And we had a lot of things going on. We had to move the mouth, make sure we don’t roll off the stage. It was a lot.”