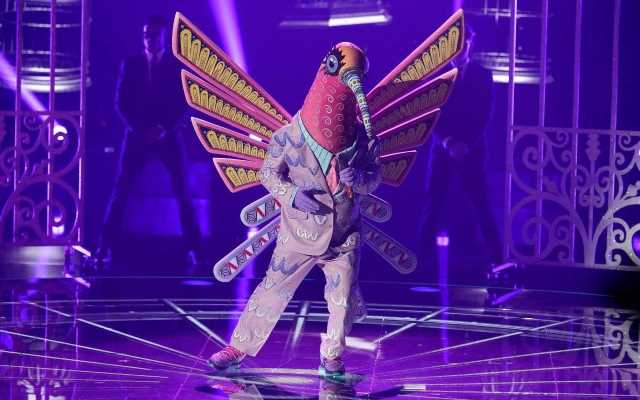 In a new episode of the hit show, two more singers perform and challenge the Harp, who was named Queen of Masked Singer after winning in the first episode.

AceShowbiz -“The Masked Singer” aired its new episode on Wednesday, September 28. The new episode opened with where the last episode was left off. Hummingbird, who was eliminated in season 8 premiere alongside William Shatner‘s Knight and Eric Idle‘s Hedgehog, was finally unmasked.

The feathered crooner ripped off that claustrophobic beak of his to reveal that he’s none other than NSYNC singer Chris Kirkpatrick. Robin Thicke said after the huge reveal, “We’ve guessed him for seven seasons!”

Later, host Nick Cannon announced that two more singers would perform tonight and challenge the Harp, who was named Queen of Masked Singer after winning in the first episode. The first competitor was the Panther. His visual clues included a basketball, salacious headlines in a newspaper, signs that read “Def Fence” as well as a VHS with “Panther’s Creed” written on it.

That night, the Panther hit the stage to sing “Feeling Good” by Nina Simone. Nicole Scherzinger loved his “soulful, beautiful” performance. Nick then shared a picture of a globe and the word victory as extra clues for the Panther. Ken Jeong guessed Andre Drummond or Sam Richardson. Jenny McCarthy named Lamar Odom, while Nicole thought the Panther could be Billy Porter.

The next singer to perform was the Pirate. As for his visual clues, his package included a beach locale, a string puppet, the Hollywood sign, “Dinner for Dummies” written on a serving platter and “Late Laugh” written in the sky. He sang “Crocodile Rock” by Elton John. Ken guessed Robert Smigel, Nicole mentioned Terry Fator, and Donny Osmond, who joined the panelists for the episode, named Jeff Dunham.

The Harp then returned to the stage. For that night’s performance, she belted out “I Have Nothing” by Whitney Houston. Donny was totally amazed by the performance as he exclaimed, “That’s an angel!” The guesses included Amber Riley (Nicole), Ashanti (Jenny) and Yvette Nicole Brown (Robin).

It was time for the first singer to get unmasked and it was the Pirate. Before he revealed his identity, the panelists made their final guesses. Ken mentioned Robert Smigel, Nicole named Terry Fator, Robin guessed Dana Carvey and Jenny believed the Pirate was Carrot Top. The Pirate was Jeff Dunham!

The Panther and the Harp then had a face off in the first ever Battle Royale. They sang the same song in two different styles with only one of them moving on to the next round. Tonight’s song was “Born to be Wild” by Steppenwolf. After the two singers performed, the panelists decided to keep Harp in the competition, meaning that the Panther was unmasked.