So far this season on The Masked Singer, Fox viewers have seen big names such as Busta Rhymes and Wendy Williams appear from under the masks after bowing out of the contest. However, there are still plenty of famous faces still to be unmasked and one star who’s caught the eye of the judges and viewers alike is Mushroom. Now, ahead of the Group A final, Nicole Scherzinger has confirmed she sussed the performer out before everyone else.

Mushroom has been keeping The Masked Singer viewers on the edge of their seats all season long.

The performer has blown the judges and Fox viewers away week on week, both with their rendition of This Woman’s Work by Maxwell and Cher’s If I Could Turn Back Time.

In fact, after they performed the Cher ballad, host Nick Cannon commented: “We are in the presence of greatness.”

“You might be unbeatable,” Jenny McCarthy added before the guesses began to roll in from the judges as to who it was under the mask. 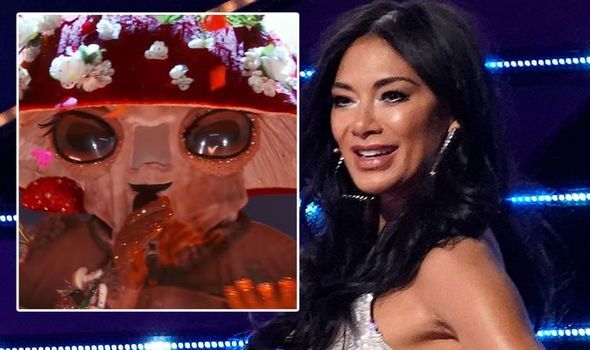 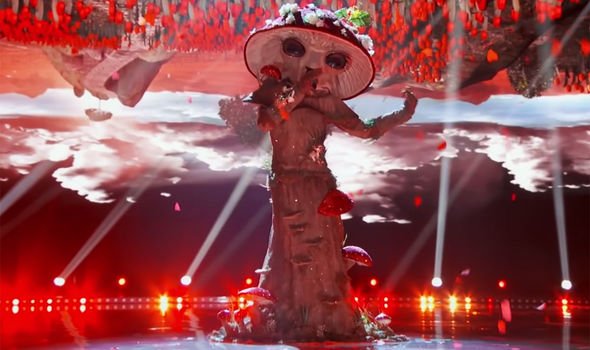 “I don’t know if this is the person,” Nicola said. “But I remembered seeing something about Queen Bee, proud – maybe someone from the LGBTQ+ community.”

The former X factor judge then landed on Adam Lambert – and has dropped the biggest hint yet she’s on the right track in a recent interview. 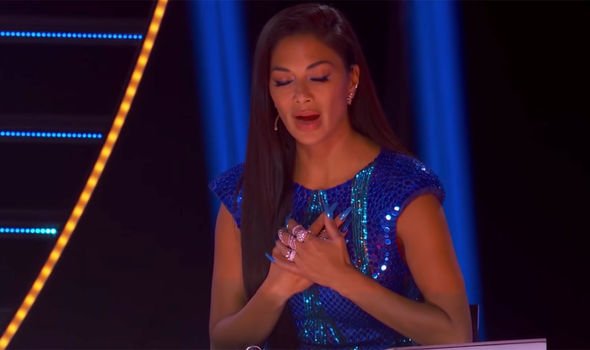 Speaking to Entertainment Weekly, Nicole confirmed she was the only one to get Mushroom’s identity correct.

After Nick teased her about not knowing who it was, Nicole said: “Well, at that point in the show, I didn’t know who it was and it was driving me crazy,

“So that did put pressure on me when Nick said that, because for him to say that — he knows me well and he knows the music that I like and I listen to — so I was like I need to put the Sherlock Scherzi hat on and figure this out.”

So it looks like fans will need to be taking a leaf out of Nicole’s book when it comes to Mushroom in the coming weeks.

Or – could the singer be throwing fans off the scent and has already cracked the case of Mushroom’s identity?

Could Adam Lambert be the one to take off the fungi headpiece?

While Adam may be a popular choice with Nicole, fans have been voicing their own predictions as to who Mushroom could be.

A second added: “I’m really getting onto the Billy Porter for mushroom #maskedsinger because there’s just all Broadway clues… and let’s just remember Kinky Boots for a second here.”

While a third guessed: “I think Mushroom is Johnathan Bennet from Mean Girls.. #maskedsinger.”

The Masked Singer continues Wednesday on Fox in the USA.