THE Masked Singer features celebrities competing against each other in elaborate costumes to conceal their identities.

The sixth season of The Masked Singer, premiering September 22, 2021, features The Mallard.

What is The Masked Singer?

A singing competition that began in 2019, The Masked Singer pits well-known celebrities against each other in a costumed showdown.

Identities are concealed throughout the show, only to be revealed when the person is either eliminated or wins the competition.

At the end of the season, the winner will receive a trophy with a mask on it.

Who is The Mallard?

While identities are not revealed on the show unless someone is eliminated or wins the competition, the contestants give clues out to help the audience and judges to guess who they are.

The Mallard made their debut on a red carpet with screaming fans, giving a feather to one of them. 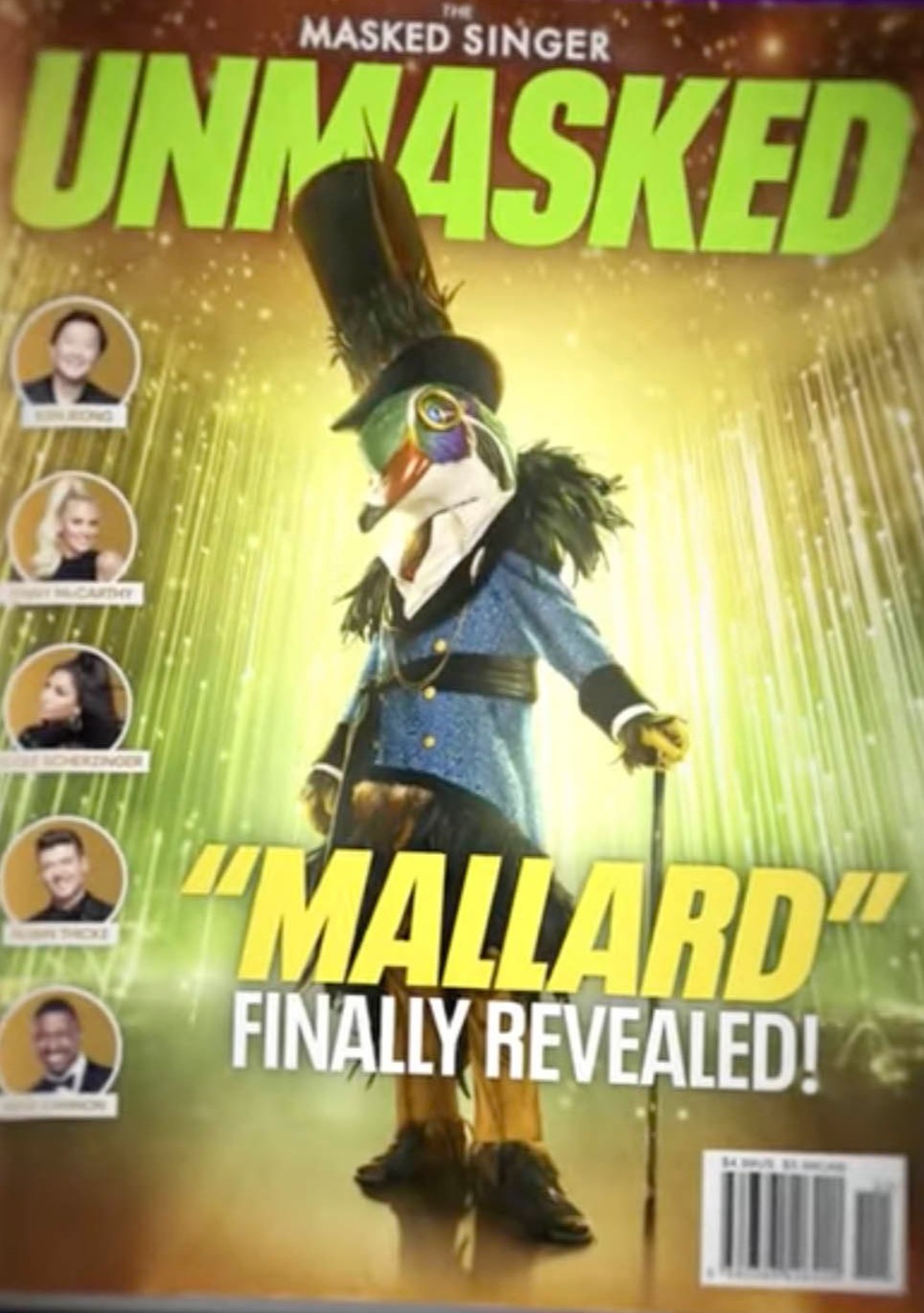 Who designs the costumes?

Los-Angeles based Emmy-winning designer Marina Toybina is known for her eccentric costumes.

She has worked on the show since its release in 2019, designing the looks for all six seasons so far.

How can I watch The Masked Singer?

The Masked Singer premieres on Fox on Wednesday, September 22, 2021 at 8pm ET/PT.

The second part of the premiere will air Thursday, September 23. The show runs every Wednesday.

Hulu will have The Masked Singer available for streaming the night after it is released on television.