For “The Marvelous Mrs. Maisel,” a Season 3 slump was all but inevitable. Creator, writer, and director Amy Sherman-Palladino nimbly avoided the typical Season 2 hiccups, first by whisking audiences to fresh locales (the Catskills, Paris… Pennsylvania), then by recycling what worked in Season 1 through a different character. But, as any stand-up knows, re-working proven material only works so many times. Sure, it makes sense that after Midge (Rachel Brosnhan) enjoys a feminist awakening, her mother Rose (Marin Hinkle) would follow suit — but when you run out of main characters to empower, what’s next?

Season 3 struggles to find an answer and, even more troubling, it doesn’t seem to look that hard. Some problems stem from repetition, as again Midge takes her act on the road (this time to Las Vegas), but more come from a general lack of conflict. There’s so little going on with the Maisels that every new character introduced feels like the most fascinating person in the world, until you realize there’s not much happening with them either — at least, thus far. Through five episodes, “The Marvelous Mrs. Maisel” Season 3 feels like it’s running out of steam, which is both predictable given Amazon’s comedy has never been driven by drama — and insane for the same reason.

Opening with Midge’s first gig alongside singer Shy Baldwin (Leroy McClain), Episode 1 spends most of its hour capturing the raucous nature of a USO show. As usual, the production itself is phenomenal — big, vivid sets sporting enticing period details are well-captured by Sherman-Palladino’s roving camera, the costumes pop, and the performances are spot on. (It may be a little much to see Shy perform an entire song, but McClain and his band earn the time.)

It’s only when the sheen wears off that the show’s flaws start to magnify. Take the USO show’s set-up: Midge comes in late, which ruffles the feathers of her military escorts, which, in turn, upsets her manager, Susie (Alex Borstein), which… has no real effect on Midge, because she’s completely confidant in her routine as well as her timetable for it. Rushing Midge from arrival to the stage is a great way to keep the urgency up for an otherwise routine part of her life, and — beyond showing off the well-timed blocking and great craft work — putting a timer on the scene also amplifies the comic banter between two central characters (Midge and Susie). 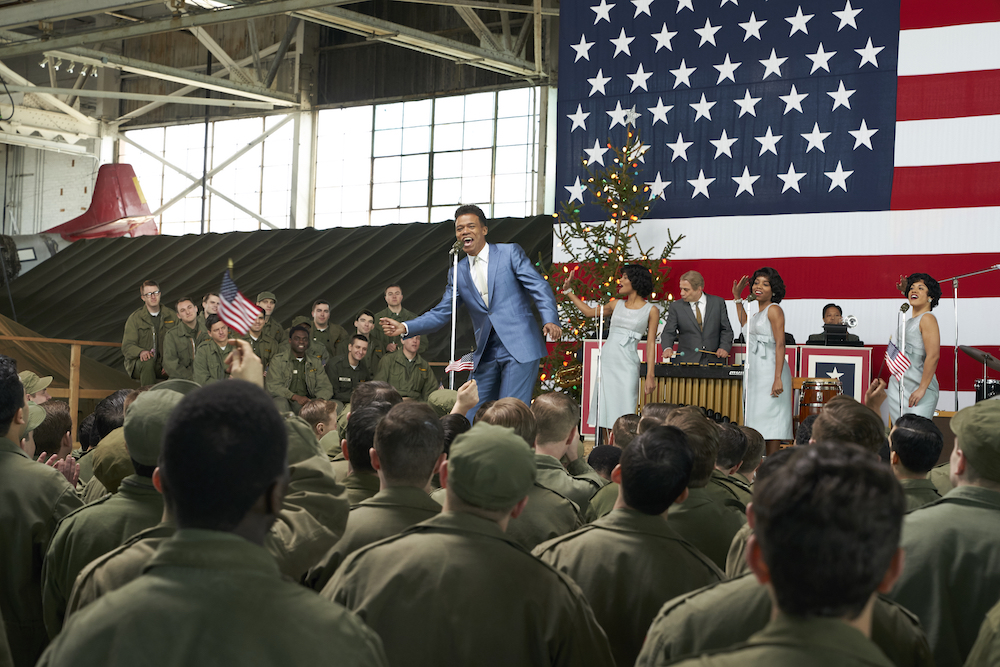 This pattern is oft-replicated, usually to amplify the comedy, but it also captures why Season 3 feels constrained dramatically: One character is perturbed, but another is right there to calm them down. That’s great for laughs — it’s pretty funny when Susie gets angrier and angrier because Midge won’t even acknowledge there’s a problem — but it’s tough for drama. If every obstacle can be squashed in the same scene it’s introduced — or someone gives the impression there’s no problem at all — how do you build ongoing arcs driving growth and change?

Short answer: You don’t. “The Marvelous Mrs. Maisel” seems content, too content, to coast on its good looks and rat-a-tat dialogue. With her career going great, Midge’s big problem is having too many suitors. Sure, there’s some stuff about choosing career over family, but nothing we haven’t heard in previous season or seen engaged more fully elsewhere. Joel (Michael Zegan) remains such a blank spot I almost forgot to mention him. (His main challenges are opening his own bar and not falling back in love with his wife). Susie’s issue is having a demanding new client (Jane Lynch returns as Sophie Lennon), but so far no demand is that hard on the lovable curmudgeon.

While their A- and B-plots may be dull, its’ the C- and D-plots that really steer the show into trouble. After Abe (Tony Shaloub) quits his job, he and Rose have to give up their luxurious, four-bedroom apartment overlooking Central Park. The couple is facing hard times and, after considering a few unpleasant options for too long (like an apartment with a vet in the basement and another that’s too small and too noisy), they’re forced into their worst nightmare: moving in with Moishe (Kevin Pollack) and Shirley Maisel (Caroline Aaron). Again, this is a pretty good sitcom set-up — an odd couple dynamic with two actual couples! — but it’s laughable in a bad way when Abe and Rose walk out of an obscene apartment into an equally obscene townhouse. Oh, the horror! They have their own room and their own maid! What a predicament! 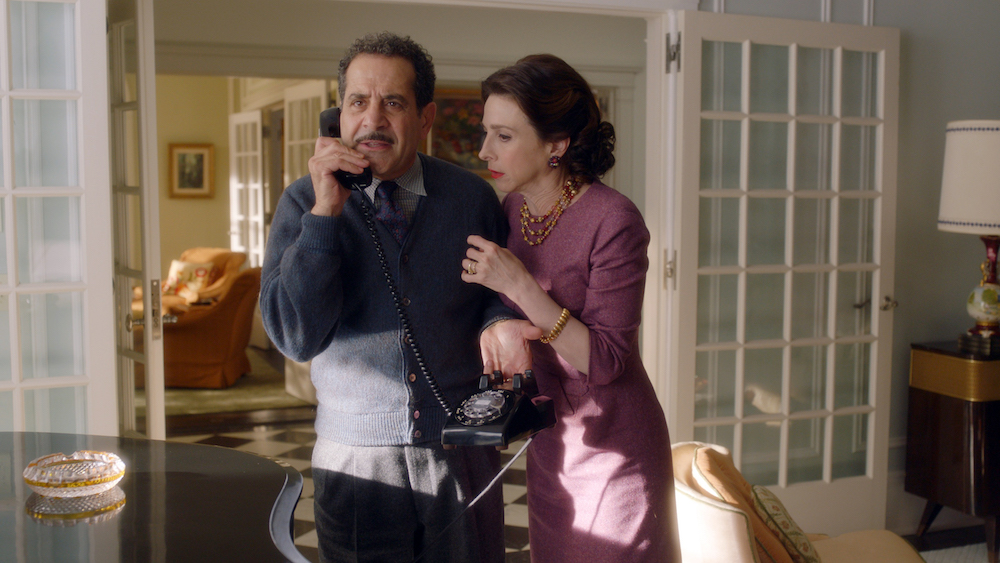 Tony Shaloub and Marin Hinkle in “The Marvelous Mrs. Maisel

Being asked to pity the TV embodiment of wealthy white people problems has always been a hang-up for “Maisel,” but it’s more glaring when you’re not having fun, and it’s even more irksome when the show finally includes some people of color — only to keep them in the periphery. Shy is a charmer deserving of a backstory, but he’s got nothing on his manager, Reggie, played by the always-excellent Sterling K. Brown. His talent is on full display — in the hands of a lesser actor, Reggie would be nothing more than an angry man who has it out for Midge. We wouldn’t want to see more of him, learn more about him, or enjoy his surprising talents. With Brown, Reggie’s take-no-shit attitude introduces a welcome intensity to Midge’s low-stakes world, and the “Maisel” writers make the wise decision to let the actor show off his own set of pipes — we know he’s got ’em, and Reggie’s duet with Shy is a standout moment for the character and the show.

Unfortunately, it pretty much ends there. Reggie is included and discussed often enough to make it clear there’s more to come from the characters, but it’s taking way too long to get there. Brown is a two-time Emmy winner, the lead of broadcast television’s biggest drama, and he could land an Oscar nomination later this year; it’s not that guest roles are beneath him, but if he can’t earn a spotlight on “Maisel,” especially when there’s so little else happening, who the fuck can? I’m sorry, but the idea that we’re spending more time watching Joel screw around with his dad’s money than Reggie do just about anything becomes infuriating.

Season 3 could rebound in its back half. The focus could shift, real problems could arise, and Brown could get that juicy arc he deserves. Even without all that, the first five episodes are sure to please die-hard fans. The rhythms are still the same, the visuals are still excellent, and all your favorite faces are still chatting away. But “Mrs. Maisel” shouldn’t fear change. Whether it leans harder into its comedic roots or stirs up some actual drama for once, taking a chance or two is the only way to stay marvelous.

Dancing On Ice contestant Ben Hanlin&apos;s arm was slashed with the blade of his skating partner&apos;s skate during a dangerous...

Prince William and Kate, Duchess of Sussex are often so busy carrying out their official royal duties that we often...