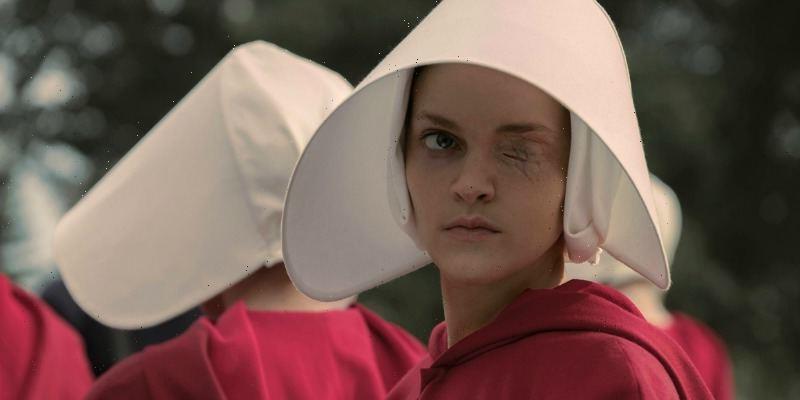 As with most great shows and movies, The Handmaid’s Tale was first a book of the same name. The novel was written by Margaret Atwood and though it was published in 1985, the story obviously still resonates with audiences today. But, there were a few things that changed from The Handmaid’s Tale book to the show. 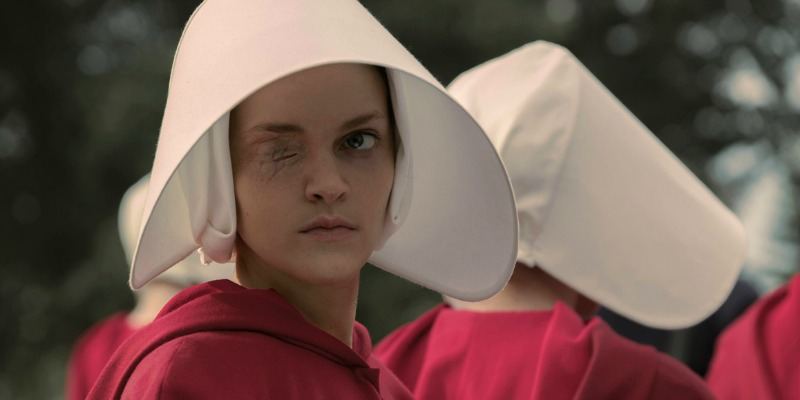 As in the show, the main character in the Handmaid’s Tale book is referred to as Offred, or Of Fred, meaning that she is the property of Fred Waterford. When the Handmaids enter a new home, they take on the name of the man of the home.

“This name is composed of a man’s first name, ‘Fred,’ and a prefix denoting ‘belonging to,’ so it is like ‘de’ in French or ‘von’ in German, or like the suffix ‘son’ in English last names like Williamson,” Atwood wrote in an article for The New York Times. “Within this name is concealed another possibility: ‘offered,’ denoting a religious offering or a victim offered for sacrifice.

In the show, however, we quickly learn that Offred’s real name is June Osborne. In the book, her real name is never revealed.

“Why do we never learn the real name of the central character, I have often been asked,” Atwood wrote. “Because, I reply, so many people throughout history have had their names changed, or have simply disappeared from view. Some have deduced that Offred’s real name is June, since, of all the names whispered among the Handmaids in the gymnasium/dormitory, ‘June’ is the only one that never appears again. That was not my original thought but it fits, so readers are welcome to it if they wish.”

One of the earliest moments in the show where audiences realize how cruel Gilead is comes when Janine loses her eye after mouthing off in the Red Center. Though the Handmaids are certainly punished in the book for getting out of line, no main characters lose eyes at this point in the story, according to Woman and Home.

There are no people of color in Gilead

On the show, there are people of different races in Gilead. In The Handmaid’s Tale book, anyone of a race other than white was moved out of Gilead. However, when bringing Atwood’s words to life, they decided not to include this directive.

“That was a very big discussion with Margaret about what the difference was between reading the words, ‘There are no people of color in this world’ and seeing an all-white world on your television, which has a very different impact,” showrunner Bruce Miller told TIME, according to Woman and Home.

“What’s the difference between making a TV show about racists and making a racist TV show where you don’t hire any actors of color?” he continued.

As the series goes on, there will be more differences between The Handmaid’s Tale book and the series as the show has already gone beyond what Atwood originally wrote.

“The novel ends quite ambiguously,” Julia Raeside, The Guardian’s Handmaid’s Tale expert told The BBC when the show surpassed the book.

“It’s really interesting when someone takes up the mantle of an unfinished story,” she said. “If they’ve got something to say about what happens when you repress women for so long, then it’s something I welcome.”