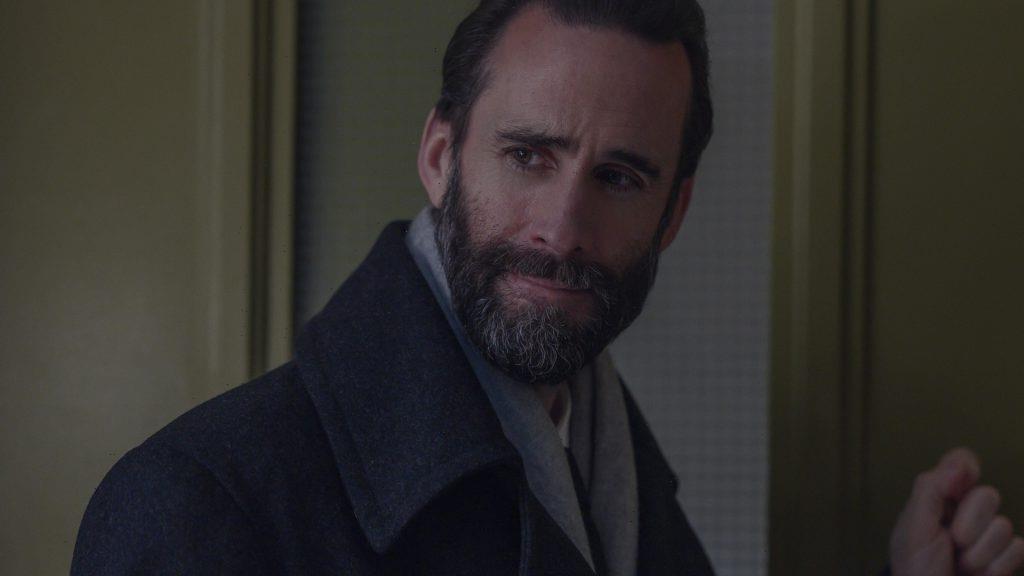 On June 16, Hulu finally dropped The Handmaid’s Tale Season 4 finale, and many fans are buzzing about the death of a major character. Of course, some viewers are always cautious because key players are at risk of being killed off anytime. But The Handmaid’s Tale cast and crew recently explained there’s a reason why season 4 episode 10 ended with this character’s demise.

Ahead of The Handmaid’s Tale Season 4 Episode 10, “The Wilderness,” Mark Tuello (Sam Jaeger) revealed the charges against Fred Waterford (Joseph Fiennes) were dropped.

“He has agreed to share his wealth of knowledge in exchange for his freedom, inside information about Gilead,” Tuello explained.

Then in The Handmaid’s Tale finale, June Osborne (Elisabeth Moss) took matters into her own hands. She recruited Commander Joseph Lawrence (Bradley Whitford) to exchange Fred for 22 women in Gilead who worked with the Resistance. Eventually, Tuello agreed, and Fred was brought home.

At the border between Canada and Gilead, Fred met with Lawrence. But suddenly, Nick Blaine (Max Minghella) showed up with the Eyes and took Fred to No Man’s Land in the woods.

Finally, June showed up alongside Emily (Alexis Bledel) and a group of women. They chased the former commander to made him feel the fear he inflicted on them in Gilead. Then they beat Fred to death, cut off his finger to send to Serena Joy Waterford (Yvonne Strahovski), and strung him up on the wall.

Meanwhile, it seems June will face repercussions when The Handmaid’s Tale returns for season 5. The fourth season ended with June returning home completely covered in blood. She went to baby Nichole’s room, and Luke Bankole (O-T Fagbenle) walked in. He quickly realized that June killed Fred, and he crumbled to the floor in horror.

Fans will have to watch June and Luke’s storyline unfold when The Handmaid’s Tale returns for season 5. But for now, many viewers are still focused on Fred’s death in the season 4 finale, and no one was quite as excited about the character’s fate as Fiennes.

When speaking with the New York Times, Fiennes revealed he shaved Fred’s beard as soon as he filmed his final scene to “begin the process of shedding the horror.” Then the actor claimed he wasn’t shocked by the ending, noting that showrunner Bruce Miller told him about Fred’s demise around season 3.

Meanwhile, Fiennes described what it was really like to film Fred’s death in The Handmaid’s Tale finale.

“I’m pretty sure, apart from one drone shot, that any pain inflicted upon Fred was inflicted upon me,” he said. “I was padded up so people could let rip and throw the boot in. It was genuinely quite terrifying.”

That said, fear was the exact emotion Fred was meant to feel in those final moments. And ultimately, it seems Fiennes believes the ending was exactly what his character needed.

“I love that when he arrives at the woods, he’s chained at the neck and shackled,” Fiennes said. “I think if anything, Fred now has a taste of what fear feels like, and has felt like, for all the people that his regime has put through hell.”

He continued, “In many ways it’s what the audience needs. But Fred also needs it. Part of his release and catharsis is that he needs to taste that to fully comprehend. You can’t explain that intellectually to those people.”

Now, many fans have been wondering why the Handmaid’s Tale writers chose to kill Fred in the season 4 finale. Then in an interview with Forbes, Miller and executive producer Warren Littlefield explained that it was just the right time in the story.

“I asked myself, ‘What’s the first thing June would do once she was free?’” Miller said. “She’d want to see her husband, Luke, hold her daughter, and see her friends. But the next order of business would be to make sure the Waterfords didn’t slip through her fingers.”

He added, “She couldn’t not kill him. The urge was an irresistible force. It was justice and justice can be ugly but what’s happened to those in Gilead is ugly.”

Then Littlefield added, “Part of the price he pays is he’ll never get to enjoy being a father. The audience was hungry for some kind of a victory. We also knew that for June her oxygen is revenge.”

Meanwhile, when speaking with Deadline, Miller pointed out Fred’s death doesn’t necessarily mean June is free from him. The showrunner hinted that Fiennes could reprise his role in The Handmaid’s Tale Season 5.

“I think that although Fred is dead, his influence on June continues and that is, in our show, shown through her mind’s eye of flashbacks,” Miller said.

The Handmaid’s Tale Season 4 is currently streaming on Hulu.