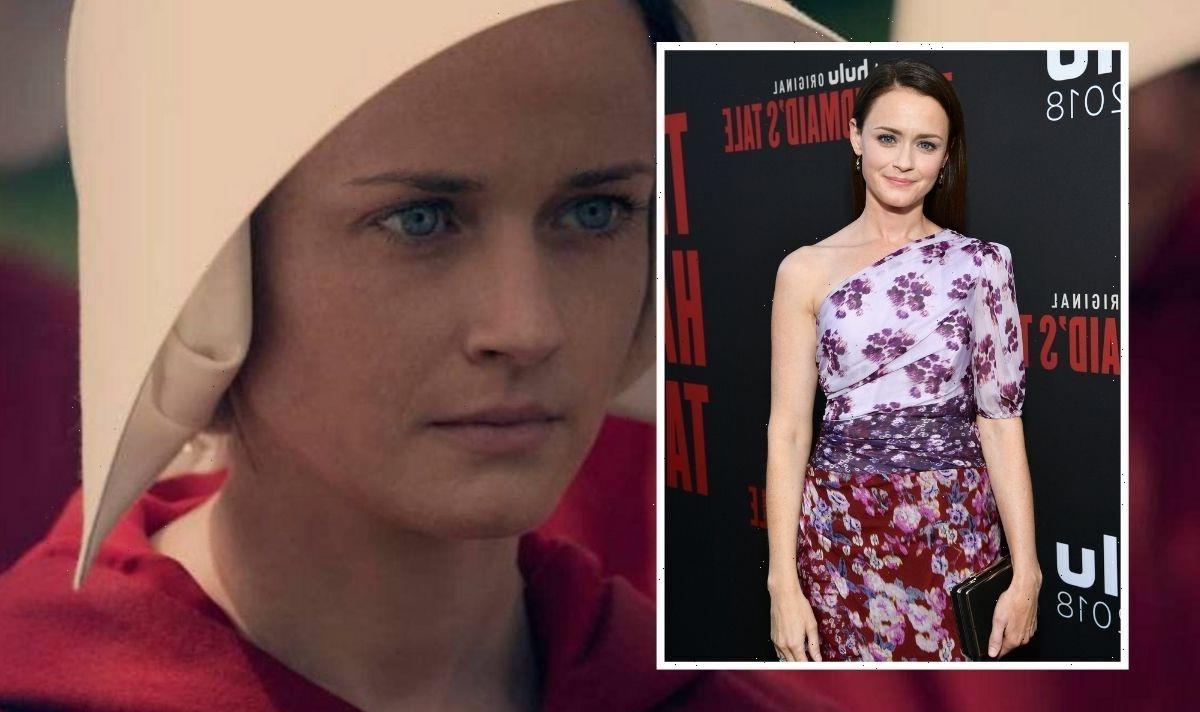 The Handmaid’s Tale has begun filming its fifth outing, and over the years, fans have come to love the cast and root for the Handmaids to overcome their oppression and gain freedom. Amongst the many fan-favourites is actress Alexis Bledel who plays Emily Malek, aka Ofglen. Over her four-season involvement in the show, she has overcome many hurdles, and Alexis has divulged her time on the show has come to an end.

Alexis won an Emmy for her role in the series, and after her character has impacted her fellow Handmaids, it is yet to be revealed how she will exit the show.

The Gilmore Girls star is yet to divulge what she will be up to next, but her absence from the Hulu dystopian series is sure to upset fans.

She said: “After much thought, I felt I had to step away from ‘The Handmaid’s Tale’ at this time.

“I am forever grateful to Bruce Miller for writing such truthful and resonant scenes for Emily, and to Hulu, MGM, the cast and crew for their support.”

Her character has appeared in over 20 episodes, and at the end of season four, Emily banded with the show’s lead, June Osborne (played by Elisabeth Moss) and other ex handmaids to get revenge on Gilead.

As reported by Variety, little is known about why she has decided to step down and how her character will exit the long-running series.

Over the previously aired four seasons Dr. Emily Malek, Ph.D. was shown climbing the academic ladder and living a peaceful life with her wife and their daughter.

Things soon took a turn for the worse as she was recruited into the Handmaid fold and positioned to Commander Deeds as Ofglen.

Things went downhill soon after, with her becoming one of the first handmaids to revolt.

She was caught as an insider who pushed information on the Mayday rebellion to June and was sent to a concentration camp-like colony.

Luckily for the down on her luck Handmaid, she managed to escape to Canada at the end of season two, after a long struggle of being subjected to numerous counts of torture, and she is now ready for payback.

Not much is known about season five, with actress Elisabeth even stating that she was finding it hard to “keep up”.

She previously stated: “I almost can’t keep up [with season five].”

Talking to TV Line, she continued: “And it’s not lip service. I truly mean I almost can’t keep up with the amount of activity that’s happening.

“I will say that the season itself is possibly one of the wilder rides that we’ve had.”

Despite information being under lock and key, if Elisabeth’s comments are anything to go by, fans are in for a wild ride.

The show is created by Bruce Miller and is a TV adaptation of Margaret Atwood’s iconic novel.

Although an important role in the TV series, Emily’s real name is not mentioned in the book.

The star has been nominated a total of four times for an Emmy, and on her win, she told Goldderby: “To be singled out by the Television Academy means a lot because I’ve spent many years working in television.”