I am not of fan of movies that resort to breaking the fourth wall, as it were, and letting their key characters talk incessantly to the audience. It is a device that generally feels lazy, a writer’s crutch to explain story points away instead of letting us discover for ourselves. The recent annoying pandemic comedy, Together with  James McAvoy and Sharon Horgan as a bickering couple who sell their sides of ongoing marital arguments directly to the camera is an example of why overuse of this technique can be so tired. Now along comes The Good House, which just premiered at the Toronto International Film Festival, and where Sigourney Weaver as a functioning alcoholic real estate agent in North Boston offers her view on the town and its people with full sarcasm intact. It is based on the 2013 book by Ann Leary, and it seems this very literary conceit was too good to pass up for writer/directors Maya Forbes and Wallace Wolodarsky, along with their screenplay colloaborator Thomas Bezucha who employ it religiously here.

So why did it not bother me this time? The answer is simple, and it is the same answer as to what redeems this often uneven, overly populated adult dramedy: Weaver. The star has been given a juicy and choice role, and her biting and witty asides to the audience, sort of our guide into a dying suburban landscape being taken over by corportate outsiders, works much better than anyone had a right to expect. I only wish the rest of the film with its large, and largely underused ensemble was nearly as fine as the dialogue and precise delivery coming from Weaver, a really wonderful actor not given the opportunity on screen nearly often enough for this kind of full blown and entertaining lead performance. 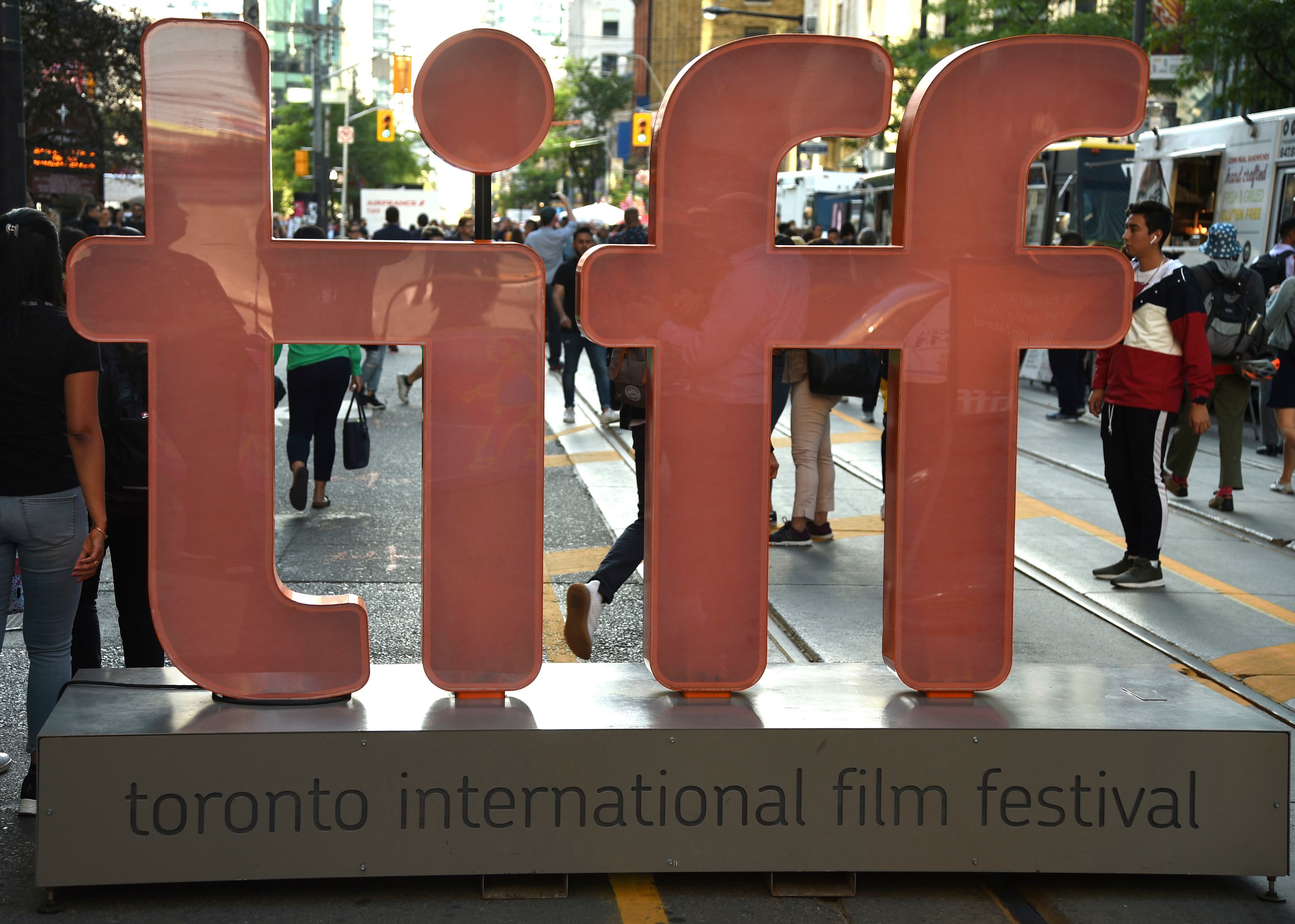 She plays  Hildy Good, who sells houses and is back from rehab to her hometown, historically right from the heart of the Salem witch trials. Keeping up appearances of her sobriety, but indulging in a drink anytime she can conceal it or deny its harm to her own well being, she is a keen and savage observer of people in and around her circle, but can’t come to terms with the one who really counts: Hildy. Weaving in and out of her life now are numerous characters including her needy daughters Tess (Rebecca Henderson) and Emily (Molly Brown), plus their father and her ex Scott Good (David Rasche)  who left her for a man but is now, like Hildy, single again. Add to the mix married couple  Rebecca (Monica Baccarin) and Brian (Kelly Aucoin) McAllister, psychiatrist Peter Newbold (Rob Delaney) and his wife Elise (Laurie Hanley), former mentee and now determined competitor  Wendy (Kathryn Erbe), good friend Mamie (Beverly D’Angelo), Henry (Paul Guilfoyle), clueless assistant (a funny Imogene Forbes Woldoarsky), and a financially struggling couple trying unsuccessfully to sell their decaying home , Cassie(Georgia Lyman and Patch Dwight (Jimmy LeBlanc) who also have an autistic son.  Unfortunately the filmmakers don’t quite know how to mix this stew together in any way that makes this group become people you want to spend much time with. 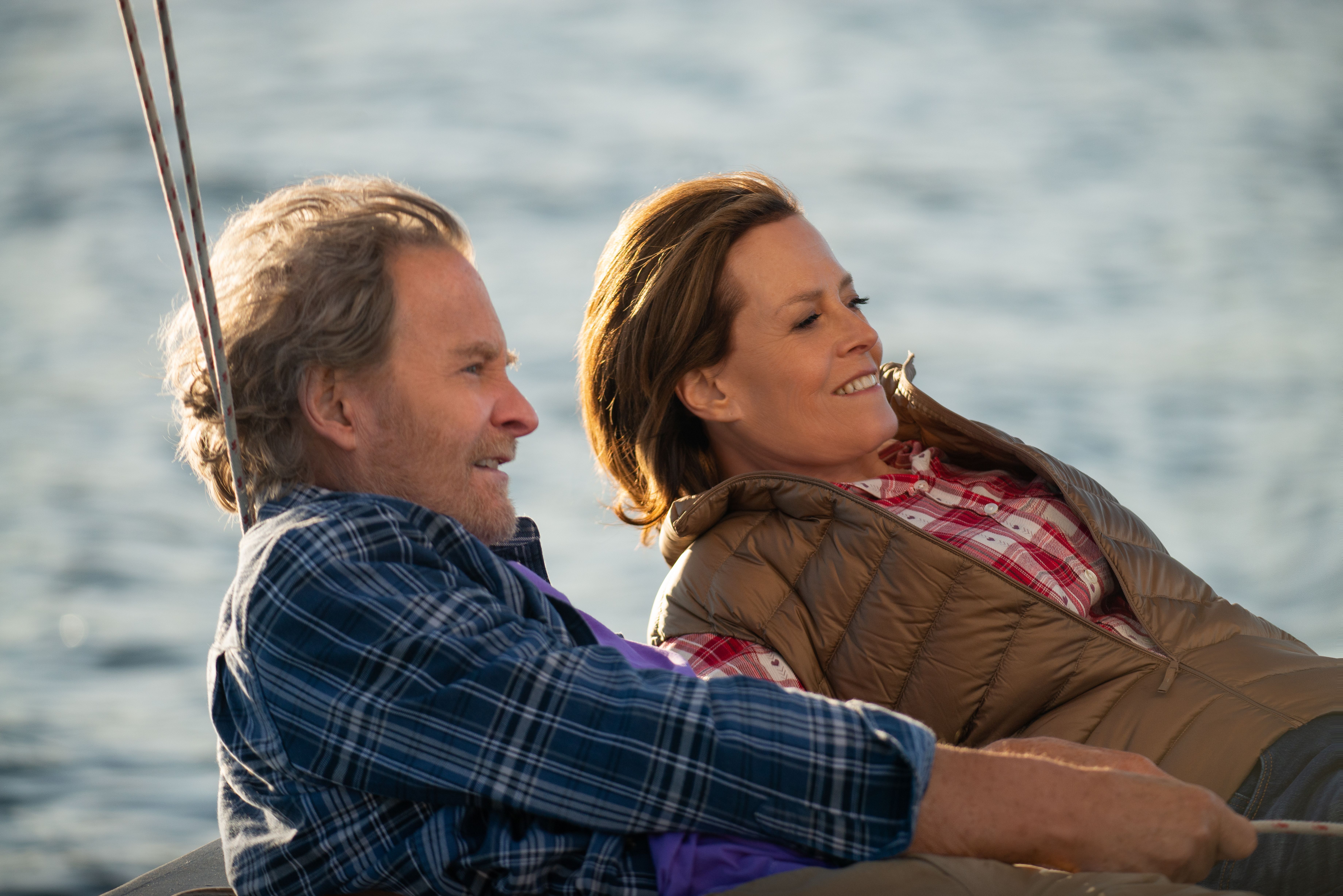 That is why we thank god we have not just Weaver to keep us awake, but also the inimitable Kevin Kline (in his second movie at TIFF after The Starling). As an old high school flame and ensconced townie who runs a successful garbage business and is handy with his hands, a chance remeeting at the gas station brings Kline’s Frank Getchell back into Hildy’s life, especially when she needs help fixing up the Dwight’s pathetic home for sale. The two stars have previously appeared together in Dave and Ang Lee’s The Ice Storm and their chemistry is palpable. Frank is offbeat, natural, and someone Hildy can instantly reconnect with, and thus they do. Their scenes together do indeed pop and I wished the movie had more of them. 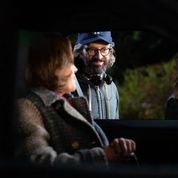 The film has a lighter tone, at least in the first half,  in the style of a sophisticated comedy aiming for the older specialty crowd, before it gets serious about Hildy’s drinking problems. It is a delicate balance for the directing team (Infinitely Polar Bear)   and the execution is somewhat wobbly, just out of their grasp. Weaver (and Kline to a smaller degree in his supporting role) masterfully keeps this cinematic souffle from falling, and her work here is the reason to see it.  Coming from Participant and Dreamworks I just wanted to love it more since this is the same production teaming that brought us the Oscar winning Best Picture Green Book. That it is apparently for sale at TIFF with this kind of heavyweight creative team involved ( and I hope it finds it a ‘good’ house itself as distributor).tells you more about the state of an adult skewing movie like this that was once a steady part of the major studio diet, but now is theatrically endangered.  Although The Good House is far from perfect, we should all root for it to find its audience  just for the sake of getting movies aimed at mature grown up audiences made in the first place.