The Falcon and the Winter Soldier was originally scheduled for an August 2020 release on Disney+. But when the pandemic hit, the premiere was quietly delayed and then eventually pushed back into 2021. As fans know, Disney moved every scheduled release in phase 4 of the Marvel Cinematic Universe into next year and beyond. 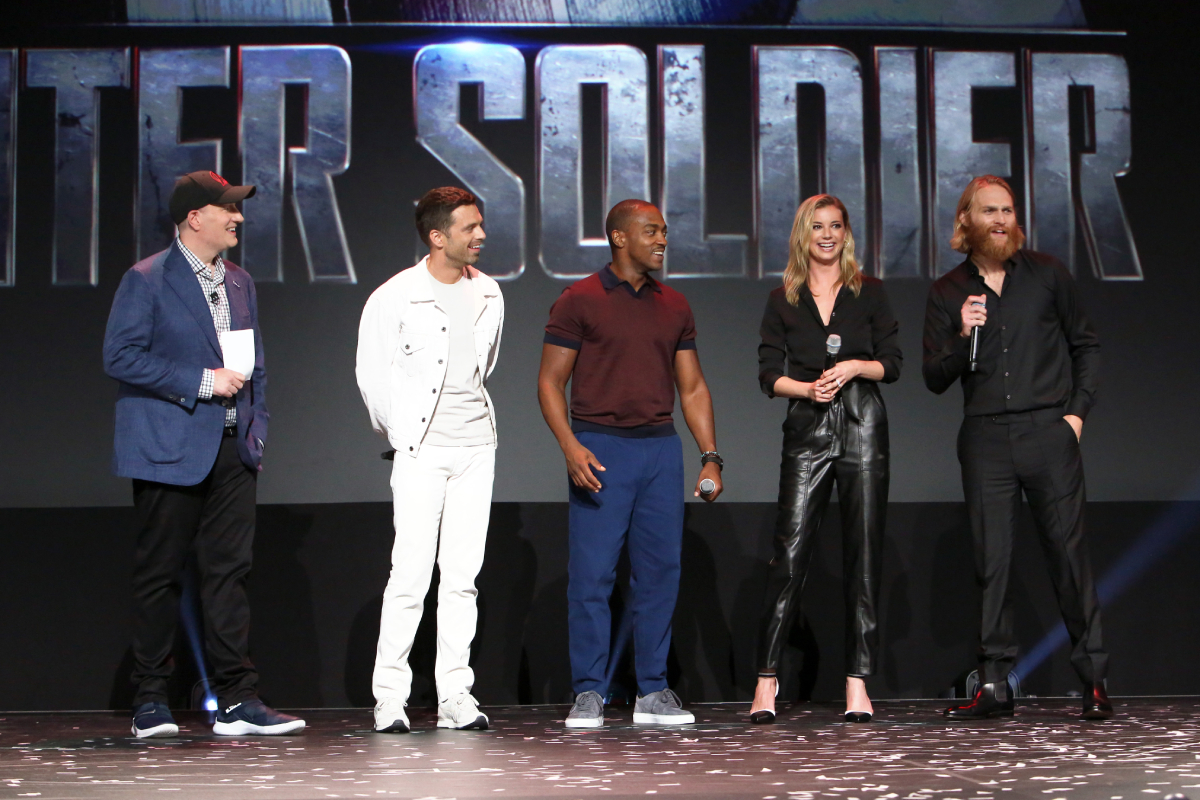 But according to star Emily VanCamp (Sharon Carter), Disney didn’t delay The Falcon and the Winter Soldier premiere into the middle of 2021. Could the series be premiering in January?

Back when phase 4 was set to roll out on schedule, The Falcon and the Winter Soldier was supposed to premiere three months after Black Widow hit theaters.

Marvel Boss Kevin Feige had designed the release schedule to happen in a specific order because plot points from the various projects tie together.

The Black Widow premiere is now scheduled for May 7, 2021 — an entire year after it was originally supposed to hit theaters. This led to speculation that The Falcon and the Winter Soldier wouldn’t hit Disney+ until summer 2021 at the earliest. This is because Natasha Romanoff’s solo film debut seemingly had to come first in order to keep the MCU’s continuity intact.

Now — instead of Black Widow — WandaVision has jumped to the head of the line and will launch phase 4 on January 15. Could this mean that Marvel will change the release date order for other phase 4 projects?

Fans are also wondering if Disney will skip theaters altogether and release everything on Disney+.

As ComicBookMovie.com points out, The Falcon and the Winter Soldier will be a game-changer for the Marvel Cinematic Universe. The series will introduce John Walker, the new Captain America, and it will also bring back villain Baron Zemo.

There is also the expectation that the fictional island of Madripoor – which is closely associated with mutants – will be part of the story.

But the biggest fan expectation is that The Falcon will end up taking over as the real Captain America, just like Steve Rogers wanted.

After months of endless delays, fans want to know when they will finally see Anthonie Mackie and Sebastian Stan in their own Disney+ series. According to their co-star Emily VanCamp, it could happen very soon.

“The Falcon and the Winter Soldier, I don’t think they have a release date, cause we had to come back and finish [filming] after lockdown,”  VanCamp explained. “They’re done filming, so they’re probably almost done editing at this point. Hopefully, beginning of the year. And, The Resident is starting up in January as well, so there might be a lot of me, come January.”

Florence Pugh will appear in ‘The Falcon and the Winter Soldier’

VanCamp’s claim that The Falcon and the Winter Soldier will premiere in January on Disney+ has confused MCU fans. As much as they would like to see the new series as soon as possible, it doesn’t make sense for its release to come before Black Widow.

Marvel insider Grace Randolph recently tweeted that Florence Pugh will be the new Black Widow in both Hawkeye and The Falcon and the Winter Soldier.

“I checked and I can confirm that #FlorencePugh’s #BlackWidow IS in #Hawkeye AND she’s also in #FalconandtheWinterSoldier #Marvel #MCU,” Randolph wrote.

She followed that up with another tweet that stated, “As many of you are pointing out, this might be why #FalconandtheWinterSoldier has to come out AFTER #BlackWidow.”

Fans shouldn’t get too excited about a January release date for The Falcon and the Winter Soldier. Chances are, the wait is going to last at least another few months. In the meantime, fans can enjoy some beautiful digital art from House Of Mat that teases what Sam Wilson’s Captain America could look like.

Phase 4 of the Marvel Cinematic Universe begins on January 15th with the release of WandaVision on Disney+.