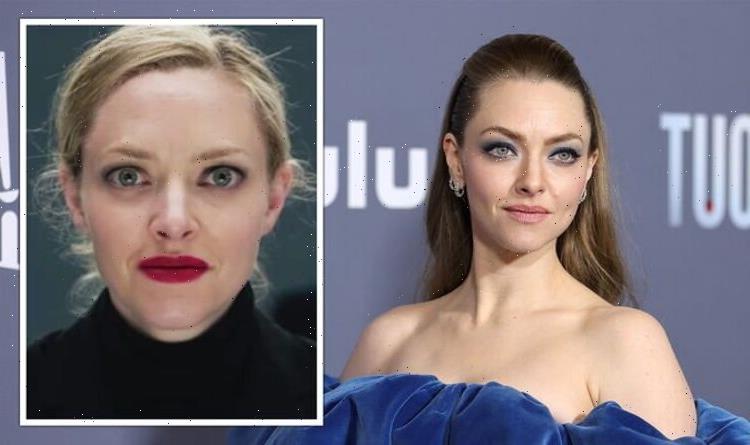 The Dropout: Official trailer from Disney+

The true-crime series The Dropout follows the colossal rise and fall of Elizabeth Holmes who once held the title of America’s youngest and wealthiest self-made billionaire after founding Theranos. The company claimed its technology could carry out hundreds of tests with a single drop of blood, but this was later proved false and Elizabeth was convicted of criminal fraud. The disgraced CEO has been portrayed in the Disney+ and Hulu series by Amanda Seyfried and her co-star has spoken out about her extraordinary transformation into Elizabeth.

Washington-born Elizabeth dropped out of Stanford University, in California, at the tender age of 19 at the end of her freshman year of studying electrical and chemical engineering to launch her own blood-testing company in the heart of Silicon Valley.

Over the following years, Elizabeth persuaded dozens of billionaires to invest in Theranos without ever proving to them her start-up company’s technology actually worked.

By 2014, Forbes had named Elizabeth, who was then 30 years old, the youngest self-made billionaire in the United States on the basis of a staggering $9 billion valuation of Theranos.

The fraudster, who was once billed as the next Steve Jobs, became infamous for her black turtlenecks, messy blonde updo, striking red lipstick, smokey eye makeup, and her unusually low voice.

Amanda Seyfried, 36, was tasked with embodying the fraudulent biotechnology entrepreneur in the biting eight-part series The Dropout.

Ahead of the drama airing, the actress’ co-star Elizabeth Marvel, who portrays the con woman’s mother Noel Holmes in The Dropout, spoke to Express.co.uk and other media about Amanda’s metamorphosis into Elizabeth.

She explained: “She’s amazing, I liked her immediately and we hit it off because she is a lot like me.

“We are both mothers we are both hard workers and we both got to work to rest because it is the place where we get to sit down and people brush our hair and bring us juice, and we don’t have to run around after our children.”

Describing Amanda’s transformation into the lead character, Elizabeth exclaimed: “As an actress she’s magnificent and she came in fully loaded on day one.

“I was very fortunate because we had an immediate rapport and I felt very comfortable and we were able to develop that mother-daughter relationship very organically and it was a pleasure.

“She’s so interesting, I keep telling her she reminds me of today’s version of Barbara Stanwyck because she’s beautiful and tough and smart and quick.”

Elizabeth, who features in a selection of episodes in the series as Noel, explained she has “nothing but praise” for Amanda for taking on the role.

Opening up about her character’s relationship with her on-screen daughter, Elizabeth said: “This story we tell on the show lays the foundation that you see a mother and daughter who live in very different worlds and it’s not an easy relationship.

“She sees her daughter almost like an alien at times and she speaks a different language but she almost always operates from a place of love.

“She was so ambitious for her daughter and she saw what her daughter is and was capable of and she knew her capability was boundless as she was so brilliant and could achieve so much.”

The actress added: “I don’t know if Noel was always fully aware of where things were going for her daughter’s company and her life and desires.”

The drama sees Elizabeth [Holmes] start out as an ambitious, yet shy university student, turning into a ruthless tyrant and manipulator in the space of a decade.

The Theranos boss’ life started to come crashing down in 2015 after the Wall Street Journal investigated her company following tip-offs from employees claiming the testing machines never worked.

The company’s multi-billion dollar market valuation did not last for long following intense public scrutiny and a series of crippling lawsuits.

Elizabeth has been convicted of four counts of defrauding investors and will be sentenced in September – she could face up to 20 years behind bars.

The Dropout is now available to watch on Disney+.