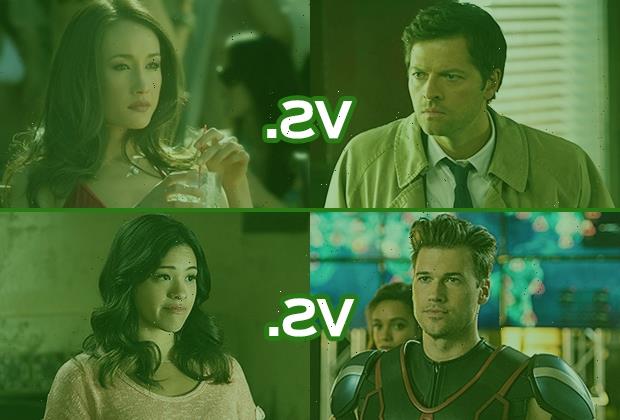 How very sweet it is for the 16 shows that have made it to the second round of TVLine’s “Best CW Show Ever” bracket tournament.

Launched this month to honor The CW’s 15-year anniversary (coming up on Sept. 18), TVLine’s March Madness-style tournament to crown the network’s Best Show Ever now is kicking off its Sweet 16 round, pitting Supernatural against badass Nikita, and those time-traveling Legends of Tomorrow against Jane the Virgin.

In the tournament’s opening round, the Winchesters made quick work of Batwoman, Nikita beat down the Riverdale gang by a 58-42 margin, the Legends routed Roswell, New Mexico and plucky Jane Villanueva showed Reign who the real queen is.

What does the tournament bracket look like so far? Scroll down to see the current standings; click to enlarge. 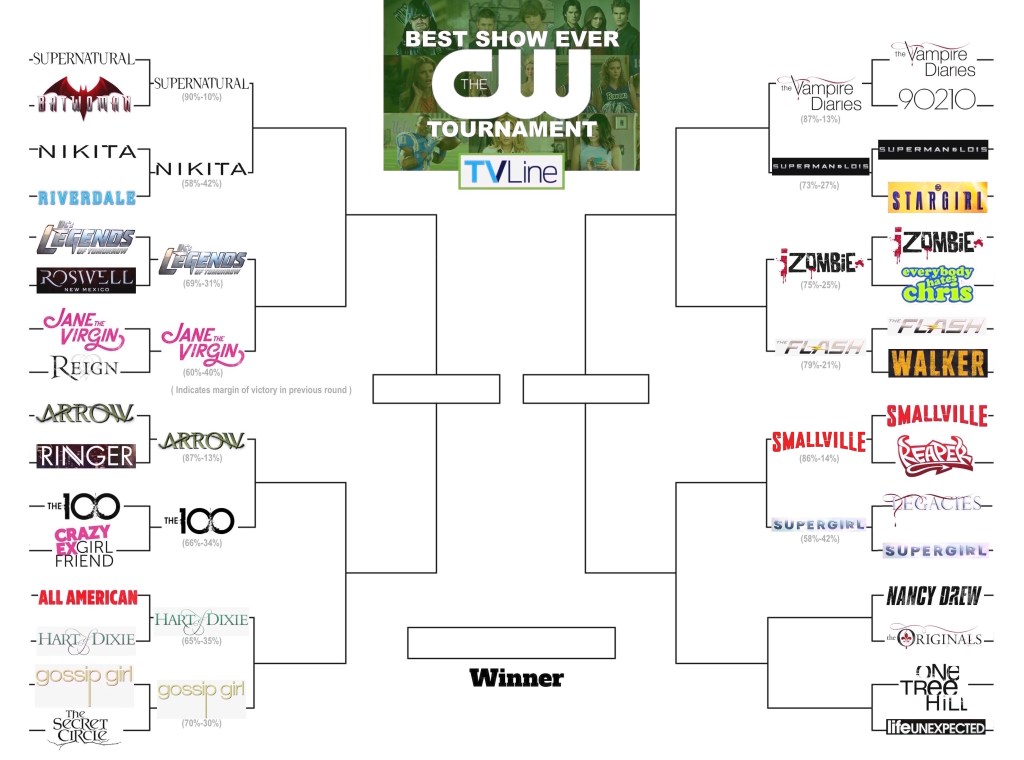 Now, onto the latest voting! Which of the above shows win this round for you? Cast your votes in our polls below (results are hidden; polls close after 24 hours) to determine who will advance to the Elite 8, then hit the Comments section to explain your choices!

VOTE FOR NIKITA VS. SUPERNATURAL

VOTE FOR LEGENDS OF TOMORROW VS. JANE THE VIRGIN