Sir Anthony Blunt is introduced in the first episode of The Crown, season three, called Olding, which was Blunt’s KGB Code name. At first, Prime Minister Harold Wilson (played Jason Watkins) is rumoured to be the spy working within the highest levels of the British state. However, it turned out the real Soviet spy was the Queen’s (Olivia Colman) Art Curator, Sir Anthony Blunt (Samuel West), who had been working for the Royal Family since 1945.

He is an English actor, theatre director and voice actor from London, England.

This is not the first time in his career West has played the role of Blunt.

In 2003, West starred in the four-part BBC series Cambridge Spies in 2003 about the Cambridge Four from 1934 until he defection of Guy Burgess and Donald MacLean to the Soviet Union in 1951.

READ MORE The Crown: Who was spy Anthony Blunt? Was there really a cover-up? 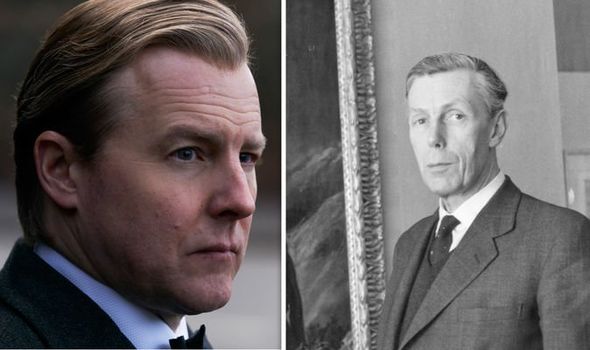 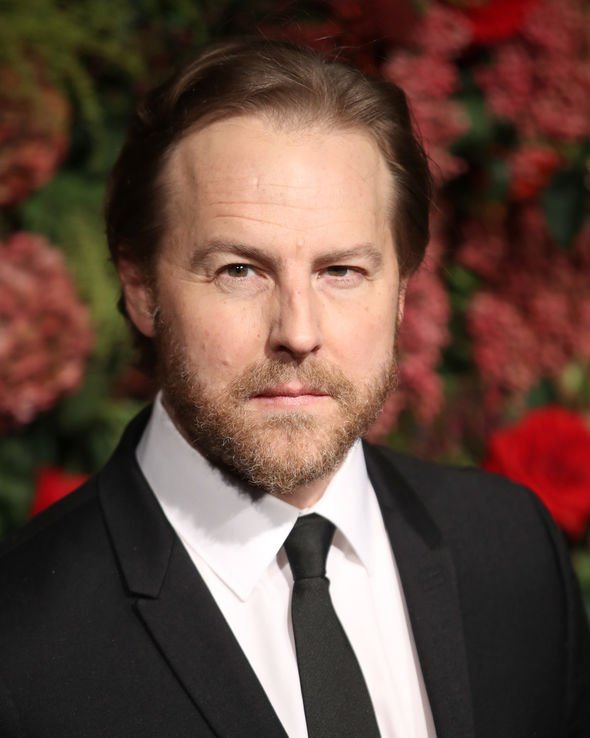 West began his acting career in London’s West End, working with the Royal Shakespeare Company and appearing in plays such as Les Parents Terribles and Arcadia.

His theatre director credits include The Lady’s Not for Burning, As You like It, The Romans in Britain and Waste.

For his role as Leonard Bast, he was nominated for the best supporting actor at the 1993 BAFTAs.

He then went on to star in the films Carrington, Jane Eyre, Notting Hill and Van Helsing. 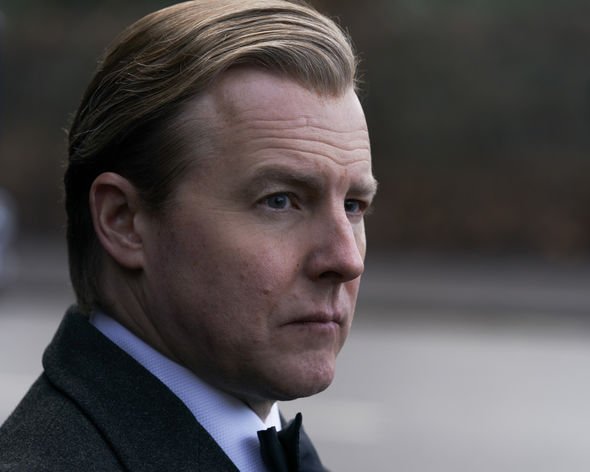 On the small-screen, West is best known for playing Edward Heath in Margaret Thatcher – The Long Walk to Finchley and John Wyndham in Random Quest.

Other credits include Frank Edwards in Mr Selfridge and Sir Walter Pole in Jonathan Strange and Mr Norrell.

West is the son of Fawlty Towers star Prunella Scales and Not Going Out’s Timothy West.

His partner is playwright Laura Wade and together, the couple have two young daughters who were born in 2014 and 2017.

The Crown season 3 location: Where is The Crown filmed? When’s it set? [BEHIND-THE-SCENES]

The Crown season 3: What happened at Aberfan? [SHOW HISTORY]

Who was Sir Anthony Blunt?

Sir Anthony Blunt was a leading art historian and the director of the highly respected Courtauld Institute.

He was appointed by Queen Elizabeth II’s father, George VI (Jared Harris) as Surveyor of the King’s Pictures in 1945 and retained the title when Elizabeth became Queen in 1945.

In 1956, Blunt was knighted for his work as Surveyor and his services to the Royal household.

After receiving information from Michael Straight (Paul Hilton), a close friend of Blunt’s and a former speechwriter for President Franklin Roosevelt, the police questioned Blunt about his ties to the Cambridge Spy ring in 1963.

In 1964, Blunt confessed to MI5 to being part of the Cambridge Spy Ring.

Instead of being charged with any crimes, he was granted immunity from prosecution in exchange for information and remained in his post as Surveyor of the Queen’s Pictures.

More than a decade later in 1979, the truth about Blunt was made public.

Blunt was publicly accused by investigative journalist Andrew Boyle in his book Climate of Treason.

Then in November 1979, Prime Minister Margaret Thatcher (Gillian Anderson) outed Blunt in the House of Commons and he was stripped of his Knighthood by the Queen immediately.

The Crown season 3 is streaming on Netflix now