Jemima Khan, a British television producer and friend of Princess Diana, is exiting a consulting role on the upcoming fifth season of Netflix’s Emmy-winning drama series “The Crown.” In an interview with The Sunday Times (via Vulture), Khan said “The Crown” creator Peter Morgan asked her to consult on the new season of the series. Princess Diana debuted on “The Crown” last season played by Emma Corrin, and the upcoming Season 5 casts Elizabeth Debicki as Diana, and covers the years directly leading up to her death in 1997.

“In 2019, Peter Morgan asked me to co-write on the fifth series of ‘The Crown,’ particularly those episodes which concerned Princess Diana’s last years before she died,” Khan said. “After a great deal of thought, having never spoken publicly about any of this before, I decided to contribute.

“We worked together on the outline and scripts from September 2020 until February 2021,” Khan continued. “When our co-writing agreement was not honored, and when I realized that particular storyline would not necessarily be told as respectfully or compassionately as I had hoped, I requested that all my contributions be removed from the series and I declined a credit.”

As noted by Vulture: “The period of time covered in season five includes Diana’s romances with British-Pakistani surgeon Hasnat Khan and Egyptian film producer Dodi Al-Fayed, as well as her controversial interview with Martin Bashir. (Hasnat Khan is a distant cousin of Jemima’s ex-husband, Imran Khan.)”

Netflix issued a statement to The Times, saying the following: “Jemima Khan has been a friend, fan, and a vocal public supporter of ‘The Crown’ since Season 1. She has been part of a wide network of well-informed and varied sources who have provided extensive background information to our writers and research team — providing context for the drama that is ‘The Crown.’ She has never been contracted as a writer on the series.”

“The Crown” Season 5 will not debut on Netflix until November 2022. In addition to Debicki taking over the role of Princess Diana, the new season is set to star Imelda Staunton as Queen Elizabeth II (taking over from Olivia Colman), Jonathan Pryce as Prince Philip (taking over from Tobias Menzies), Lesley Manville as Princess Margaret (taking over for Helena Bonham Carter), and Dominic West as Prince Charles (taking over for Josh O’Connor). “The Crown” won the Emmy for Outstanding Drama Series this year thanks to its fourth season, with Colman and O’Connor winning the prizes for Lead Actress and Lead Actor, respectively. 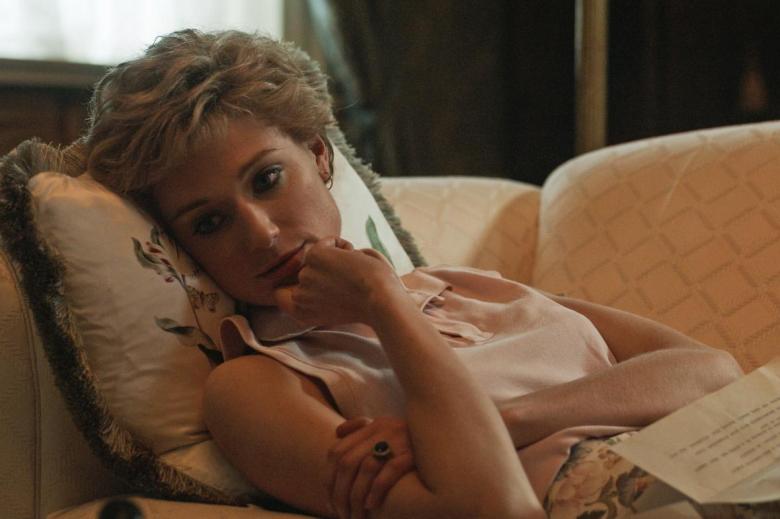 Elizabeth Debicki as Princess Diana in “The Crown” Season 5