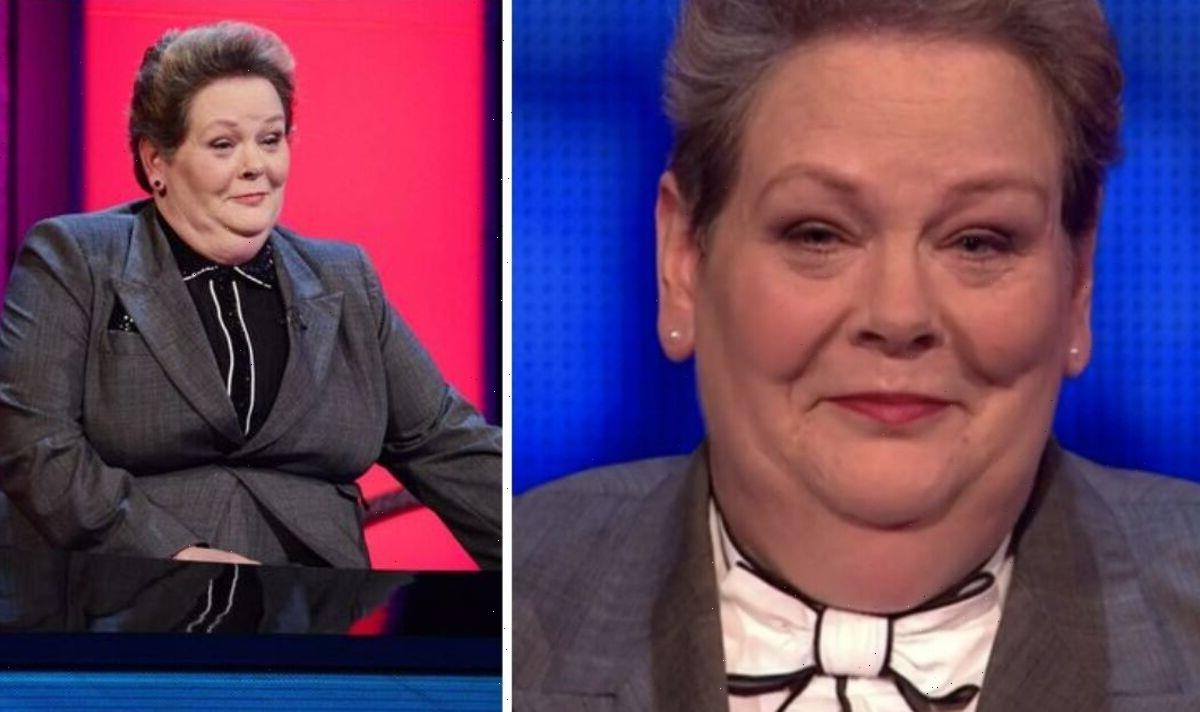 Anne Hegerty says I'm A Celeb showed her 'pathetic side'

The Chase star Anne “The Governess” Hegerty has been a part of the ITV quiz show since 2010 and has become a fan favourite. Since her rise to fame on the show, she has also starred in other reality series such as I’m A Celebrity…Get Me Out of Here! DNA Journey and Cooking With the Stars. However, she recently admitted she was threatened with the chance of doing Strictly Come Dancing, and the reason why she turned it down.

During her time on I’m A Celebrity… Get Me Out of Here! she quickly became a fan favourite, as the public enjoyed getting to know her outside of The Chase.

When asked if she would compete in BBC’s Strictly Come Dancing, Anne admitted: “I was threatened with Strictly this year.

“I was wavering because they were talking about a huge amount of money but the thing is, it would have interfered with my ability to do panto, and I do like doing panto.

“I did Cooking with the Stars and that was bad enough. The only thing really that made me stay was that Jean-Christophe [Novelli] was so nice I didn’t want to let him down.

“I was relieved when I got voted out. When Josie and I were in the cook-off she said ‘You’re such a good cook, I am worried’ and I said, ‘Yes but Josie, you’re not taking to account, I want to lose’.

“She looked amazed, I said it was an ideal point to go out. Although Jean-Christophe wasn’t upset that I was in the cook-off, he is upset with the other judges.

“I think I said something to her like ‘I am genuinely going to do my best, but I hope my best is not good enough’ and it wasn’t good enough, Josie was very good, she got to the final.

“But no when I end up doing something in which I don’t have any natural feeling, and I can’t dance and I am not interested in gourmet cooking.

“So no I don’t want to. My friend Fleur [East] is apparently smashing it, we were in the jungle together, so she can do it but no, I really don’t want to,” she admitted.

Touching on her I’m A Celebrity stint, Anne opened up on the campmates that she still speaks to outside of the show.

She told The Sun: “My main regret about being in the jungle is that I didn’t spend more time listening to Harry’s stories.

“I would have learned such a lot, quite apart from the fact that he’s just such a lovely bloke. We’ve got our WhatsApp group but it’s not that active, but it’s still there.

“We’ve said ‘Go, Fleur! Smashing it on Strictly’, things like that.”

Anne also took part in the ITV series DNA Journey with fellow Chaser Shaun Wallace, where she made some surprising discoveries.

Anne knew about her royal connections before delving into her family history and admitted her grandmother would often tell tales about their lineage.

My grandmother was the most tremendous liar,” she laughed. “My aunt said she was a romancer and she’d embroider life a bit, so I always felt that anything from my grandmother had to be taken with a pinch of salt.”

It turned out her grandmother was telling the truth all along because Anne is, in fact, a 19th cousin of the reigning monarch.

“I think it was because on my mother’s mother’s side there’s quite a bit of posh, and my mum thought I’d grow up to be a terrible snob.

She jokingly added: “But I’ve already grown up to be a terrible snob, so really there’s nothing to hide.”

The Chase airs weekdays from 5pm on ITV.