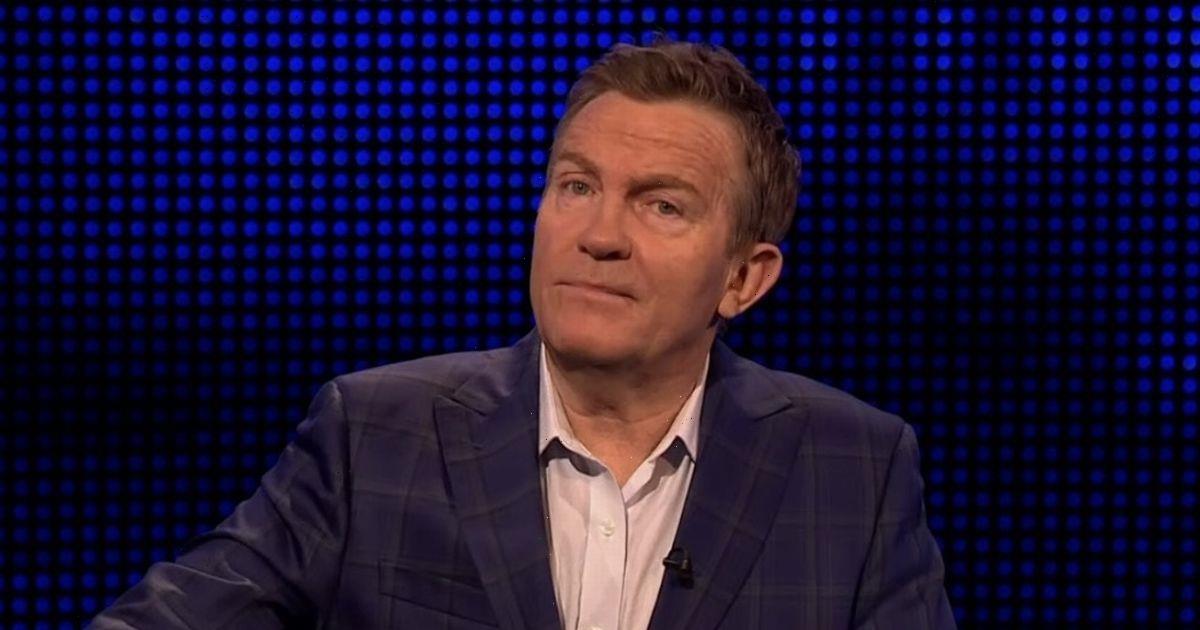 The Chase host Bradley Walsh is one of the nation's most beloved presenters, thanks to his warmth, charisma, and witty one-liners.

However, certain fans of The Chase have noticed the veteran TV personality has a quirky habit during Wednesday's show, as they pointed out his tendency to repeat an expression.

Fans noticed Bradley tends to use the phrase "home and dry" to describe a player making it to the final after facing one of the near-unbeatable Chasers.

The phrase got another outing this evening, when player four, Alison, was the last contestant left standing after Anne Hegerty booted her teammates out of the competition.

After making a tidy £4,000 in the cash builder, Alison decided she had nothing to lose and plumped for the high offer of £75,000.

Alison made out as though she didn't have a chance of making it through to the final, but thanks to a few lucky guesses, she raced towards the finish line.

Host Bradley was impressed, as he insisted Alison would soon be "home and dry" with £75,000 to play for.

Watching from home, viewers were quick to pick up on the expression, taking to their keyboards to fondly highlight Brad's unique habit.

One wrote: "Home and dry klaxon!"

“Home and dry” is just one of Brad’s catchphrases on the show – fans have previously noticed he tends to say, “you’re a better player than that”.

"Never seen it" and "gotta be" are two other expressions which fans have picked up on in years gone by, proving nothing gets past fans of The Chase.

While Alison managed to make it to the grand final, with zero back-up from her teammates, she failed to answer enough questions to beat Anne.

She was sent home empty-handed, with Anne signalling her defeat with 49 seconds remaining on the ticking clock.

The Chase airs on weekdays at 5pm on ITV.