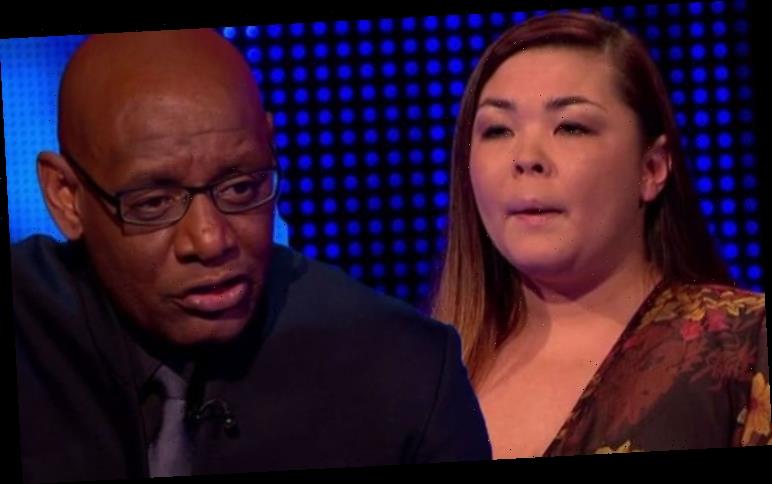 Fans of The Chase were disappointed to find episodes were being repeated on ITV with Monday night’s instalment welcoming four players who demonstrated no social distancing meaning it was filmed before the coronavirus pandemic. Many had already tuned into the episode before and were left “bored” by the quiz show, taking to Twitter to complain about the amount of repeats which have been broadcast.

Bradley Walsh welcomed Paula, 66, who was retired, onto the show first and she managed to accrue £4000 in the cash builder.

However when she faced chaser Shaun ‘The Dark Destroyer’ Wallace, she failed to guess any of her questions correctly and was swiftly knocked out.

Next up was Louisa, a 31-year-old telecoms co-ordinator who also won £4,000 in the cash builder. Fortunately she managed to beat Shaun in the head-to-head and made it safely back to her team mates.

The same couldn’t be said for Ian, 43, a cabin crew member from London who after winning £4,000 in the cash builder was also knocked out in the head-to-head. 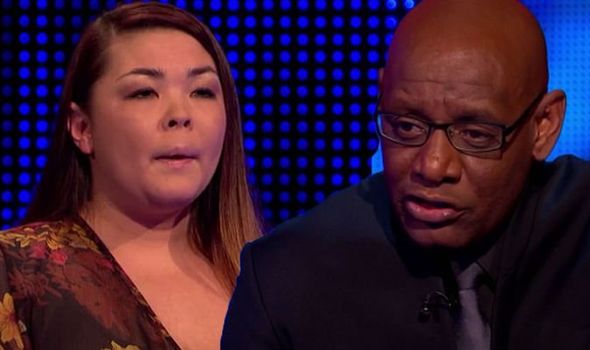 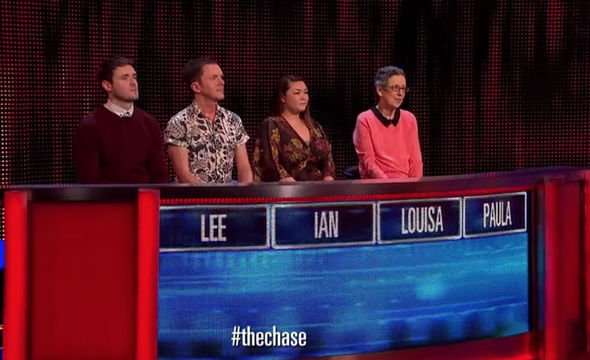 It was then up to Lee, 27, from Manchester to safely face off against the chaser to make it to the final round with Louisa.

His gamble didn’t pay off as it wasn’t long before he was beaten by Shaun meaning Louisa would face the Final Chase alone.

Louisa tried her best on her own but was only able to answer 10 questions correctly meaning it was likely Shaun would catch her quickly. 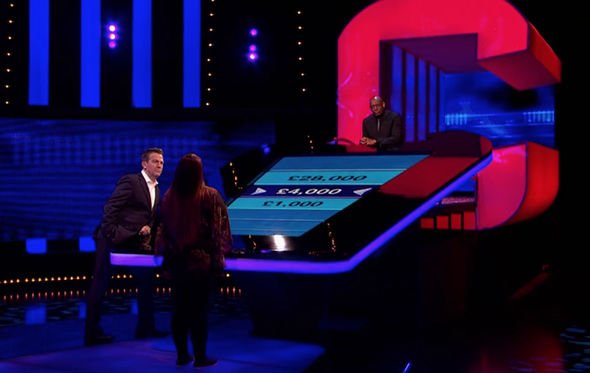 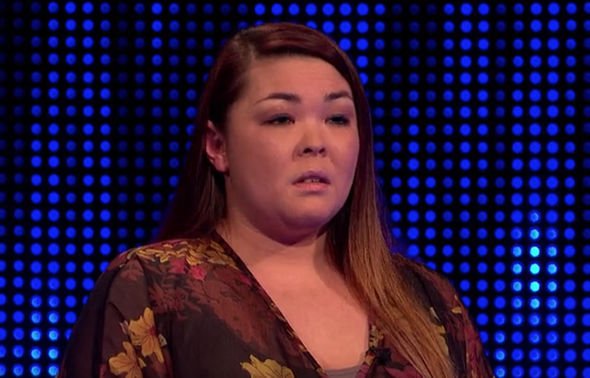 As many fans online predicted, it didn’t take Shaun long to catch up with Louisa and he snatched her well-earned £4,000 away.

While Louisa was sent home without any winnings, viewers took to Twitter to express their disappointment over not being able to watch any new instalments.

One posted: “Shocker. Worst ep of #thechase in a long time contains a #wba question.”

“Why’d they repeat such a boring episode!? #TheChase,” another added.

A third complained: “Seriously if you’re going to put on repeats put on interesting ones @itv #TheChase.”

Someone else continued: “What?? A #TippingPoint repeat, followed by a #TheChase repeat? Ffs. Give me something new to shout at. @ITV.”

It comes after Shaun explained the chasers are aware the quiz show could be cancelled at any time despite its record ratings.

“With everybody, including our host Bradley Walsh, the one thing we never do is take the show for granted,” he told the Daily Star.

“It only takes the wrong ITV executive to say, ‘Look, it’s run its course and it’s gone.’ That is what keeps the show fresh.”

“We don’t take things for granted,” he continued.

Fans will be hoping to see new episodes on screen soon but will soon be able to watch The Chase extra as they face the quizzers themselves.

The Chase airs weeknights on ITV at 5pm.