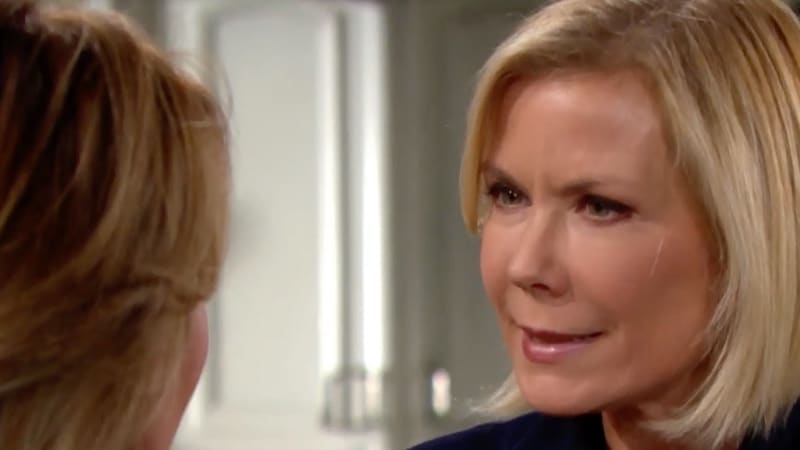 The Bold and the Beautiful spoilers for next week’s episodes of the CBS soap promise that the single ladies are ready to mingle, while one eligible bachelor may be in the right place at the right time!

Taylor (Hunter Tylo) is unattached, but that may not last long. She’s in deep doo after shooting Bill (Don Diamont). Each day the pool of people who know her secret grows, and that means her chances of being outfitted for jail stripes increases.

But, could there be an ace up her sleeve that she doesn’t yet know about? She has a new friend in Reese (Wayne Brady) and he may end up being her salvation. They’re both doctors so they have that in common. But Taylor needs an ally, and by the looks of it, Zoe’s (Kiara Barnes) dad is quite smitten with the damsel in distress.

How long before these two hook up? After all he’s got to have more on his mind than just his wayward daughter and her antics.

Speaking of hook-ups, Deric are cruising for a bruising so to speak, no? How many times has this girl slipped into an outfit that made her ex’s eyes bulge inside out like popcorn? Too many! Last week Donna (Jennifer Gareis) was the recipient of Pam’s lemon-bar sweetness, when the matron told her to model for Eric (John McCook). You know the rest, John started having buyer’s remorse about Quinn (Rena Sofer).

Will Brooke (Katherine Kelly Lang) send Taylor to jail, or enjoy watching her squirm as she sits in judgment? Taylor does her best to appease her arch enemy, but the decision may be out of her hands, as Lope grow increasingly concerned about Taylor’s presence.

For her part, Taylor makes herself vulnerable with her loved ones, but is she merely acting or genuinely fearful and remorseful? Be sure to tune in and find out!

The Bold and the Beautiful airs weekdays during the day on CBS.