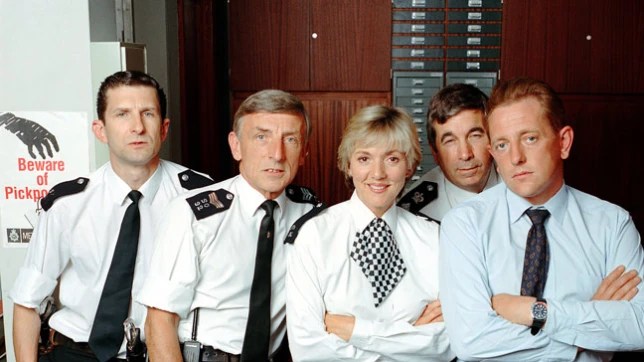 Former ITV series The Bill is reportedly set for a huge comeback with two new series and plans to ‘attract a whole new generation’.

The popular police drama was devastatingly axed in 2010 by ITV after running for more than a quarter of a century.

But now, the show – set in the fictional Sun Hill – could be back on screens as early as next year, according to reports.

Last year, the original cast members who played PC Tony Stamp, DC Jim Carver and Sergeant June Ackland, collaborated with writer Simon Sansome for a revival on ITV, with a source telling The Sun at the time: ‘The project started picking up pace last year after the cast got together to mark ten years since the show last aired.’

‘There’s a couple of channels interested in bringing back what is such a well-loved story,’ the insider added.

Now, a source has revealed a new version of the show is in the early stages of development with UKTV, which aired the entire first five series during lockdown.

According to The Sun: ‘In the minds of many producers and execs, The Bill is a drama which is just sitting, waiting, to be rebooted.

‘It’s a simple format but one which attracted a loyal army of followers who would be delighted to see it return.’

The insider added: ‘No doubt any new incarnation would be tweaked to make it attract a whole new generation to the show.’

The Bill originally launched in 1983, and was axed after 26 series.

It has been claimed that the reboot will see a mix of new stars alongside original fan-favourites from Sun Hill police station.

Stars who have previously featured on the series include Keira Knightley, David Tennant, James McAvoy and Sean Bean.