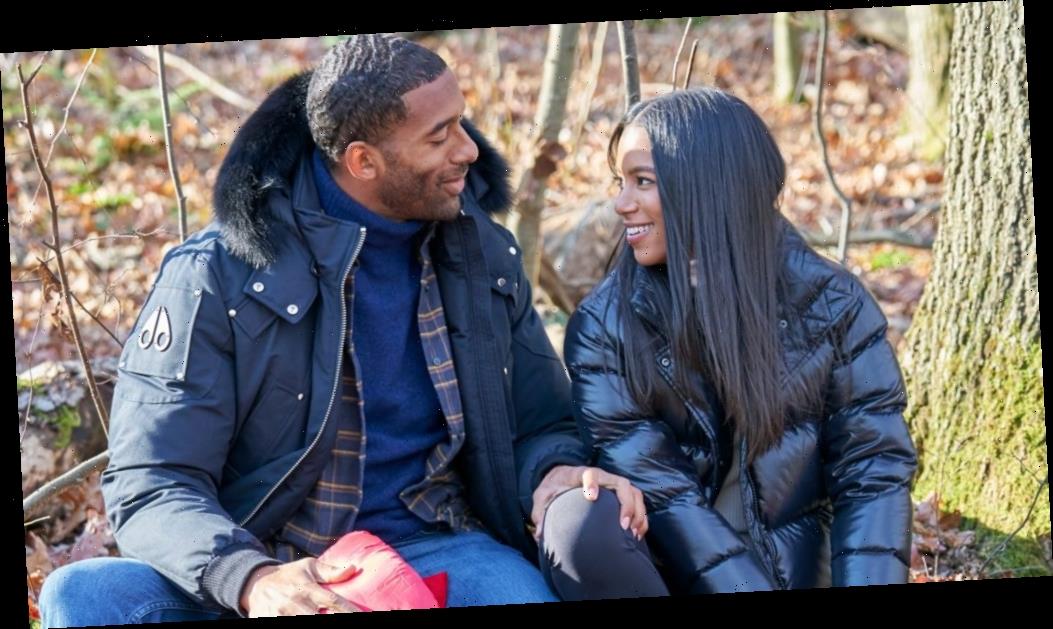 The Bachelor Season 25 is headed toward Fantasy Suites, and it looks like the franchise just teased Bri Springs and Matt James discussing their future together. But is Matt ready to get engaged now? Here’s what happened in the preview and what to expect moving forward.

What happened to Bri Springs and Matt James on ‘The Bachelor’ Season 25?

Bachelor Nation fans fell head over heels for Bri when she met Matt in the season premiere. The contestant stepped out of the limo and immediately made her intentions known. Bri just wanted to get to know Matt and pursue something real.

As The Bachelor Season 25 continued, viewers watched as Matt and Bri’s romance blossomed. Bri received the first one-on-one date, and the cast member truly started to open up about her background. Bri and Matt also connected on a deeper level because of their own relationships with their parents.

Meanwhile, Bri revealed she had to resign from her job to be with Matt on The Bachelor. The contestant worked as a communications manager for a tech company in San Francisco. However, Bri believed Matt was worth the risk.

Given Bri and Matt’s strong start, Bachelor Nation fans weren’t surprised when the cast member made it through to Hometowns and Fantasy Suites. Then when Matt met Bri’s mom, the contestant told Matt she was falling in love.

“Thank you for sharing that with me tonight,” Matt replied.

On March 7, the official Bachelor Instagram and Twitter accounts teased where Bri and Matt’s relationship is headed during Fantasy Suite week. In a short video clip, the couple sat down for dinner after their one-on-one date.

The couple seemingly went camping, as Bri revealed she pitched a tent. Meanwhile, Matt jokingly called his suitor “Women of the Woods.” Then in a confessional with producers, Bri seemed hopeful about getting engaged to Matt.

“If Matt got down on one knee tonight, I would 1000% say yes,” Bri said in The Bachelor preview.

Bri also asked Matt about his thoughts on the upcoming proposal.

“I did want to backtrack a little bit, too. I’m just wanting to know how you feel about an engagement coming up in such a short amount of time,” Bri said. “I just want to know where your head is at and see if it’s still there?”

Then Matt replied, “The engagement? That’s a great question because…”

Of course, Matt’s response to Bri’s engagement question isn’t exactly ideal. But The Bachelor preview could be a fakeout. So for now, fans will just have to wait and see what happens next.

[Spoiler alert: What happens to Bri Springs and Matt James after Fantasy Suite week on The Bachelor Season 25.]

Will Bri Springs and Matt James end up together on ‘The Bachelor’ 2021?

While Bri and Matt’s Fantasy Suite journey will unfold in the March 8 episode of The Bachelor, franchise blogger Reality Steve spoiled what to expect moving forward. And ultimately, it doesn’t look like Bri and Matt will end up together on the ABC reality series.

On March 4, Reality Steve claimed that Bri will be eliminated after the overnight dates. This would leave Michelle Young and Rachael Kirkconnell as the final two women on Matt’s season.

As always, Reality Steve’s spoilers have not been confirmed by ABC or The Bachelor franchise. But regardless, Matt’s journey is about to come to an end soon. Stay tuned.