Now that former bachelor Colton Underwood and his season winner Cassie Randolph have split, Bachelor Nation is already thinking about which reality star from the franchise Colton should date next. Some fans think Madison Prewett could be a good fit for the former football player. And others think Colton should give his relationship with Tia Booth another shot. 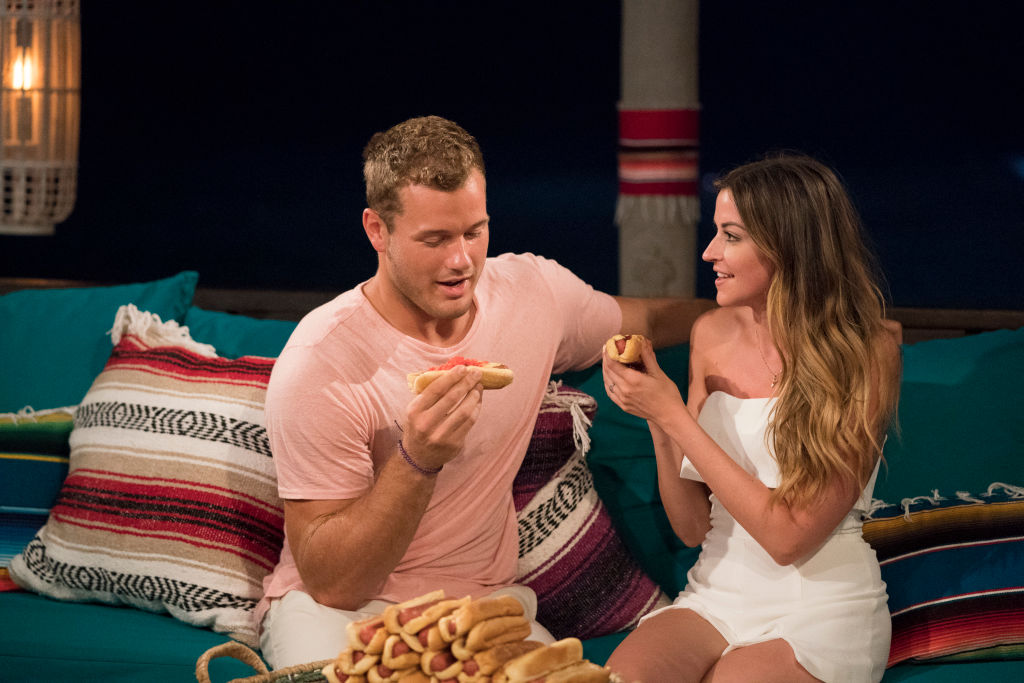 Bachelor Nation watched Colton and Tia first get together on Bachelor in Paradise, but they started getting to know each other long before their time in Mexico. In his book, The First Time: Finding Myself and Looking for Love on Reality TV, Colton goes into what really happened between him and Tia and how they started talking in the first place.

When Colton was first approached by The Bachelorette casting, he was asked which women from the current season he liked the most. He said: Becca Kufrin, Tia Booth, and Lauren Burnham.

One night, when Colton was still going through the casting process, Tia responded to one of Underwood’s Instagram stories.

“We exchanged numbers and texted fast and furiously throughout the day and night. It didn’t seem like either of us slept. Two days later, I FaceTimed with her,” he wrote. “I couldn’t believe that we were doing this. It seemed crazy.”

RELATED: ‘The Bachelor’: Madison Prewett Shares What She Looks for in a Boyfriend

When it started to look like Colton would be on the next season of The Bachelorette, he and Tia decided to meet up in person.

“Was I trying to scheme a little? Yes. If Tia was going to be the Bachelorette, I wanted a head start on all the other guys. I knew the importance of preparing for a big game, and all I was really doing was preparing,” he wrote. “I wanted to get to know Tia in person and let her get to know me better. Maybe we’d even really like each other. I think Tia had similar thoughts.”

During their visit, Tia told Colton she was sure he’d end up on the show. But she was also pretty sure that Becca was going to be the bachelorette.

RELATED: ‘The Bachelor’: Will Colton Underwood and Cassie Randolph Get Back Together?

Later, before filming began, Underwood met Becca via FaceTime. Oddly enough, it was when she was on a girls’ trip with Tia and Caroline Lunny. They got along great.

Colton ended up telling Tia that he was going to do the show whether she or Becca was the bachelorette. According to Us Weekly, his last phone call before filming was to Tia. She said to him: “Just have fun and be yourself. Becca is an amazing person. And if you don’t end up with her, I’ll see your a** in Paradise.”

Some ‘Bachelor’ fans think Colton and Tia should get back together

Colton and Tia broke up because the former football player just didn’t have strong feelings for his partner. But maybe his decision also had a little to do with the fact that he was being considered for The Bachelor.

Fans are thinking, now that Colton and Cassie have split and Colton and Tia have had some time apart, they’d make a good couple again.

It’s safe to say that both Colton and Cassie are going to need some time before they start dating again. Cassie wrote on Instagram that she and her former boyfriend aren’t ready to even talk about their split yet. When the time comes, we hope both Cassie and Colton do whatever makes them happy.

Read more: ‘The Bachelor’: Jed Wyatt and His Girlfriend Are on a Trip With One of Hannah Brown’s Besties