During the premiere of the latest spinoff, fans got to meet the single hopefuls looking to find love — and a career in music. One of those singles, Jamie Gabrielle, had a bit too much screen time in Bachelor Nation’s opinion. They took to social media to express their early frustrations regarding Gabrielle on The Bachelor: Listen to Your Heart. 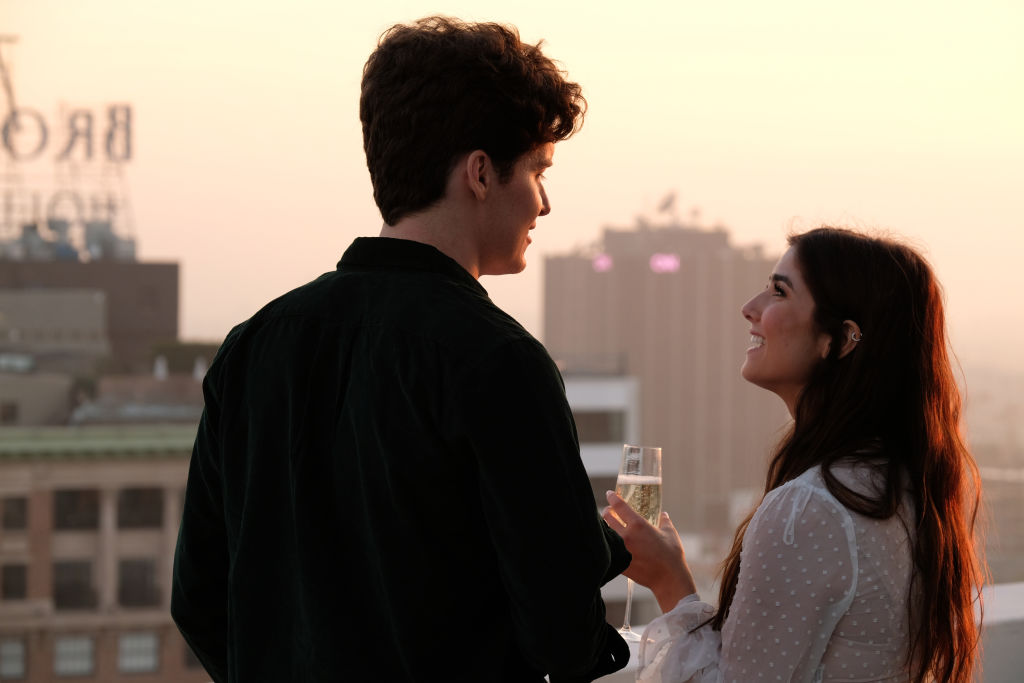 [Spoiler Alert: Spoilers for the premiere of The Bachelor: Listen to Your Heart ahead.]

How ‘Listen to Your Heart’ works

Host Chris Harrison told fans to expect The Bachelor meets A Star is Born. In Bachelor fashion, this show was designed for people to find love. 20 single men and women (12 men, eight women) are on a journey to find their match through musical compatibility. Throughout the series, the singles will perform individually and as a couple with the partner of their choosing. At the end, only one couple will win the opportunity to record original music together.

Initially, the series was scheduled to be six episodes, but Harrison has already teased that there might be more.

Bachelor Nation had a problem with Jamie Gabrielle

The very first person introduced on The Bachelor: Listen to Your Heart was Gabrielle, a 21-year-old hostess from Nashville, TN. Gabrielle made it very clear that she wasn’t participating in the show for drama. She also made it known that every guy she ever dated has cheated on her.

Gabrielle was quick to form a bond with Ryan Neal and Trevor Holmes. Despite her initial connection with Neal, Gabrielle chose Holmes at the rose ceremony.

Jamie Gabrielle is the youngest contestant to be on ‘The Bachelor’

To date, Gabrielle is the youngest contestant in The Bachelor franchise. Fans were shocked, especially when they learned that Gabrielle was 21-years-old. Many thought she was too young to be part of the experience. “‘The fact that one of the men I just met could be the love of my life. I have been waiting for this moment for so long’ You’re 21,” one viewer wrote.

Other viewers who were similar in age to Gabrielle were uncomfortable with her being on the show. “Did 21-year-old Jamie get a permission slip signed by her parents to be on this show?” a fan questioned.

Still, other viewers were annoyed with the way Gabrielle presented herself. Throughout the premiere, Gabrielle did make her age and single status very clear. “This editing is not sly AT ALL. Producers have already given Jamie 90% of screen time, we can all expect to see her at the end,” said a Bachelor fan who though Gabrielle had a little too much air time.

Former star Bachelor star Nick Viall didn’t seem to notice Gabrielle’s excessive appearances. As a fan of the new series, he posted on Twitter throughout the premiere, and Harrison thanked him for being a fan, saying, “We’re proud of this [show].”

Will Gabrielle remain a front-runner on The Bachelor: Listen to Your Heart? Tune in Monday nights on ABC.