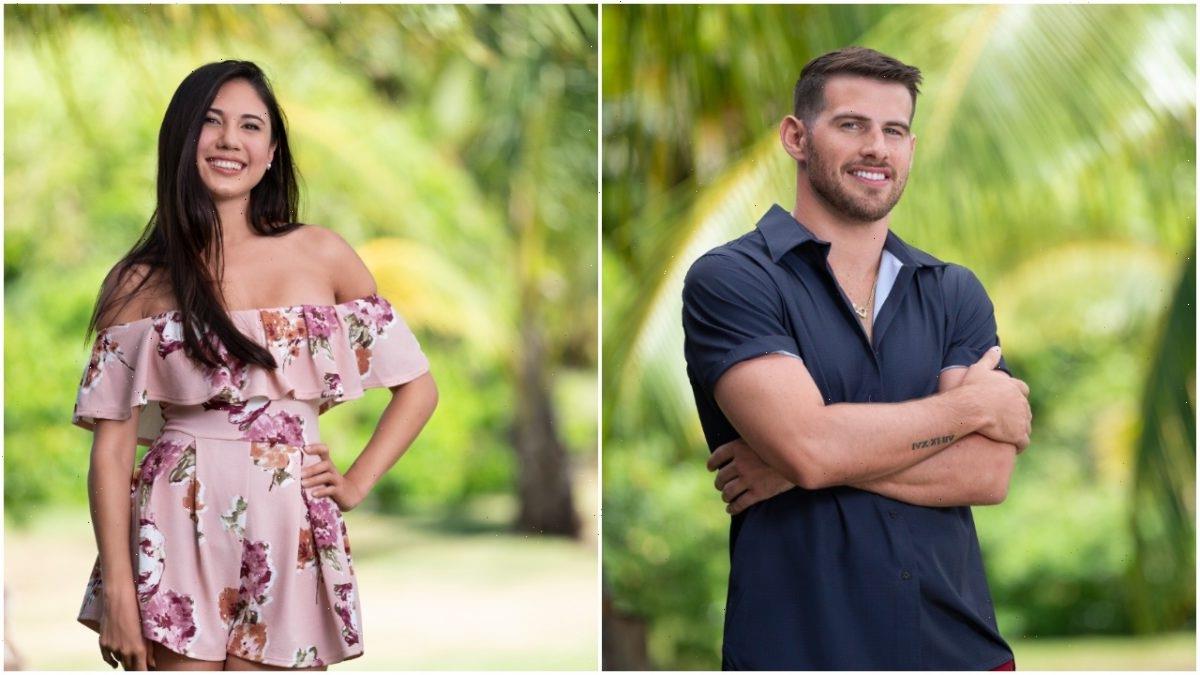 Temptation Island alums Deac Conti and Samantha Hoffman came back for season 4 after their first experience didn’t go the way they planned. He says he returned for a “fun experience” while she considers it a “once in a lifetime opportunity.”

Initially singles who appeared in Temptation Island Season 2, Deac Conti and Samantha Hoffman, returned for season 4, episode 6. He interrupted the bowtie and bubbles-themed party but didn’t need to announce himself as many cast members already knew him.

Iris Jardiel immediately ran into his arms, admittedly a “fangirl” who previously watched his social media content. During his confessional, Deac explained he returned to the dating series due to the lack of romance in his life and wants to “find love.”

He also admitted he didn’t care about the connections that had already formed before he arrived. Iris talked to him privately in the pool and opened up about her journey to finding herself on the island.

However, she also pointed out her loneliness at night. Samantha introduced herself when walking into the toga party, although one remembered her as the “shower” girl, referring to an infamous moment with her and David Benavidez. She also returned in hopes of finding a partner. While Samantha felt the other ladies didn’t like her, she thought she “might have fun with it.”

Deac came back to ‘Temptation Island’ for a ‘fun experience’

Speaking to USA Insider, Deac, 28, revealed he came to the dating experiment hoping for a more “fun experience.” He explained he focused on taking in the “experience” instead of getting involved with “drama.”

Instead, the Florida native claimed he spent most of his time by the pool. However, many of the guys didn’t take kindly to his arrival, with Tommy Soltis proclaiming to a riled-up group that Deac wouldn’t interfere with any of their connections.

Additionally, he later got into a heated exchange during the party with Taylor Patrick, who thought Deac wasn’t behaving respectfully toward the ladies.

The season 2 cast member compared what he thought Taylor perceived as respectful to “little d— energy,” ultimately causing a heated argument. However, Deac insisted he wasn’t a “p—- and wanted to take “all the smoke.”

Viewers last saw Samantha, 32, at the season 2 reunion, where she revealed her sexual affairs with David following filming to his then-girlfriend Kate Griffith.

Although her previous experience didn’t go the way she wanted, Samantha told USA Insider that she returned because she considers Temptation Island a “once in a lifetime opportunity.” Without giving too much away, she explained she had a different experience during season 4 as she already knew what to expect.

Therefore, the Florida native didn’t “stress too much.” However, this time, she had to deal with “some jealousy,” pointing out she noticed “a little bit of claws coming out” after entering the villa.

Samantha also described the journey of the rest of the reason, from her perspective in the men’s villa, as “possessiveness and clarity.” It’s unclear if Samantha makes a connection this season, but she noted she would return if given a choice. Temptation Island airs Wednesdays on USA Network.