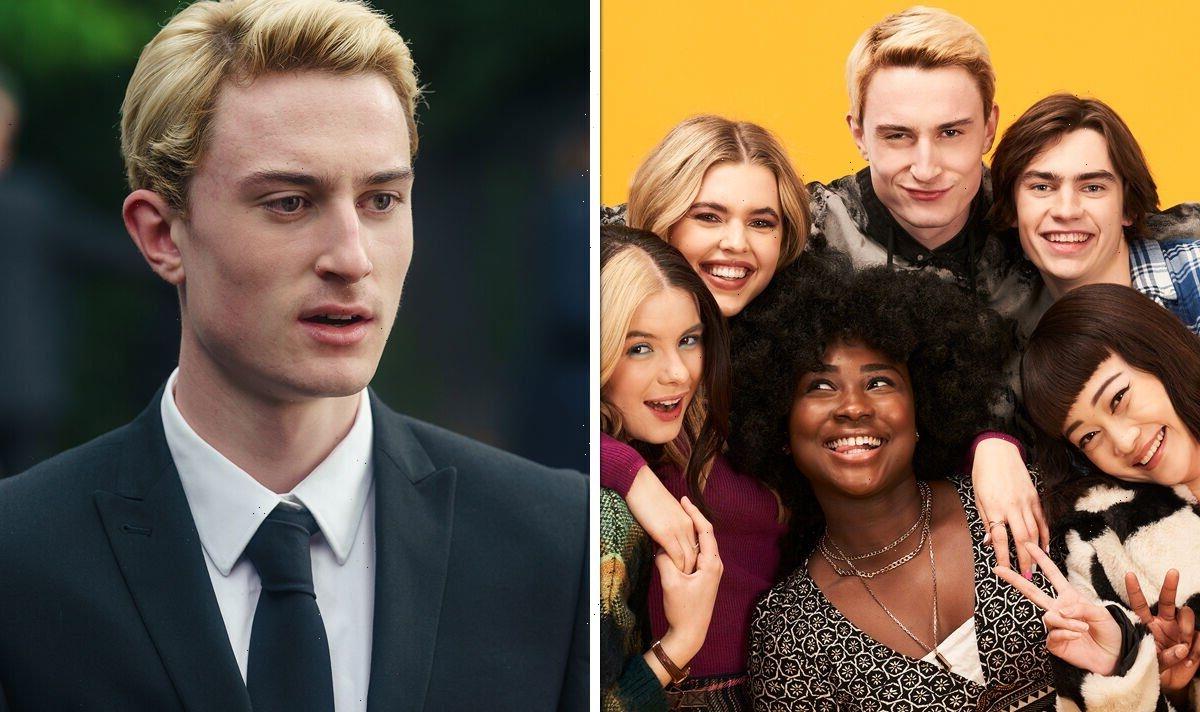 Tell Me Everything launches on ITVX on December 8 and it follows a teenage boy who struggles with his mental health after a tragedy. He hides his anxiety and depression from his best friends in a world dominated by technology and social media. Express.co.uk has all you need to know about who is in the cast.

Who is in Tell Me Everything?

Jonny is a 16-year-old who is hiding his undiagnosed depression and anxiety.

He is then drawn into dark places when he meets Regan and Zia.

Jonny is played by Eden H Davies, a theatre actor whose first TV role will be in the upcoming series.

Speaking to TV Features he said: “Jonny’s story reminded me a lot of me in certain ways.

“As an actor you are always desperately trying to find bits of yourself in a character.

“I really clicked with him instantly. It’s like a fusion of me and Mark O’Sullivan.

“Jonny has this laddish-ness on the surface and then a vulnerability right under that. It’s great that we see both sides.”

Louis is one of Jonny’s closest friends and he is played by Spike Fearn.

He may also be recognised for his roles in Sweetheart, The Amazing Mr Blunden, Newark Newark and Aftersun.

The star has just signed up for an upcoming Hulu project, Never Let Me Go.

Neve is Jonny’s close friend and she is played by Lauryn Ajufo.

The actress has previously starred in Boiling Point, Villain and The Last Bus.

She is currently working on a number of projects, including Luther and Accused.

The 21-year-old said she hopes to take on more international projects and work with her idol, Issa Rae.

Jonny’s life changes when he meets Mei, who is played by Callina Liang.

Eden explained: “I think Jonny is looking for that buoy to keep him afloat.

“When Mei comes in and provides that, he idolises her and perhaps makes her into something that she isn’t necessarily.

“Before he even gets to know the person that she is he takes that leap. It was always a real discussion with Callina.

“We constantly had ideas and when we would discuss them it was a revelation every time, which was brilliant.”

Callina is a Canadian actress who moved to Australia and Singapore. She now splits her time between Toronto and London.

She makes her TV debut in Tell Me Everything.

Regan sends Jonny into a dark place and she is played by Tessa Lucille.

She makes her TV debut in the series and opened up about being excited by the scripts.

She said she instantly connected with Regan, who is having relationship troubles with her girlfriend at the start of the series.

Zia is also seen to cause trouble for Jonny and she is played by Carla Woodcock.

The 24-year-old English actress is known for her roles in Free Reign and Ackley Bridge.

Her other credits include Pandora, Emmerdale and Flowers in the Attic: The Origin.

Tell Me Everything airs on ITVX from December 8