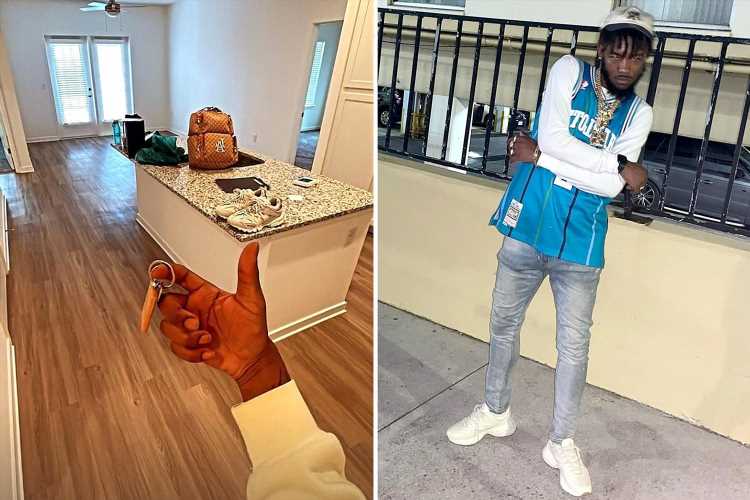 DEVOIN Austin shared an update on his new apartment decor after admitting that he spends too much time "gambling."

The Teen Mom 2 star previously spoke about his "addiction" as he reached out to fans for "help." 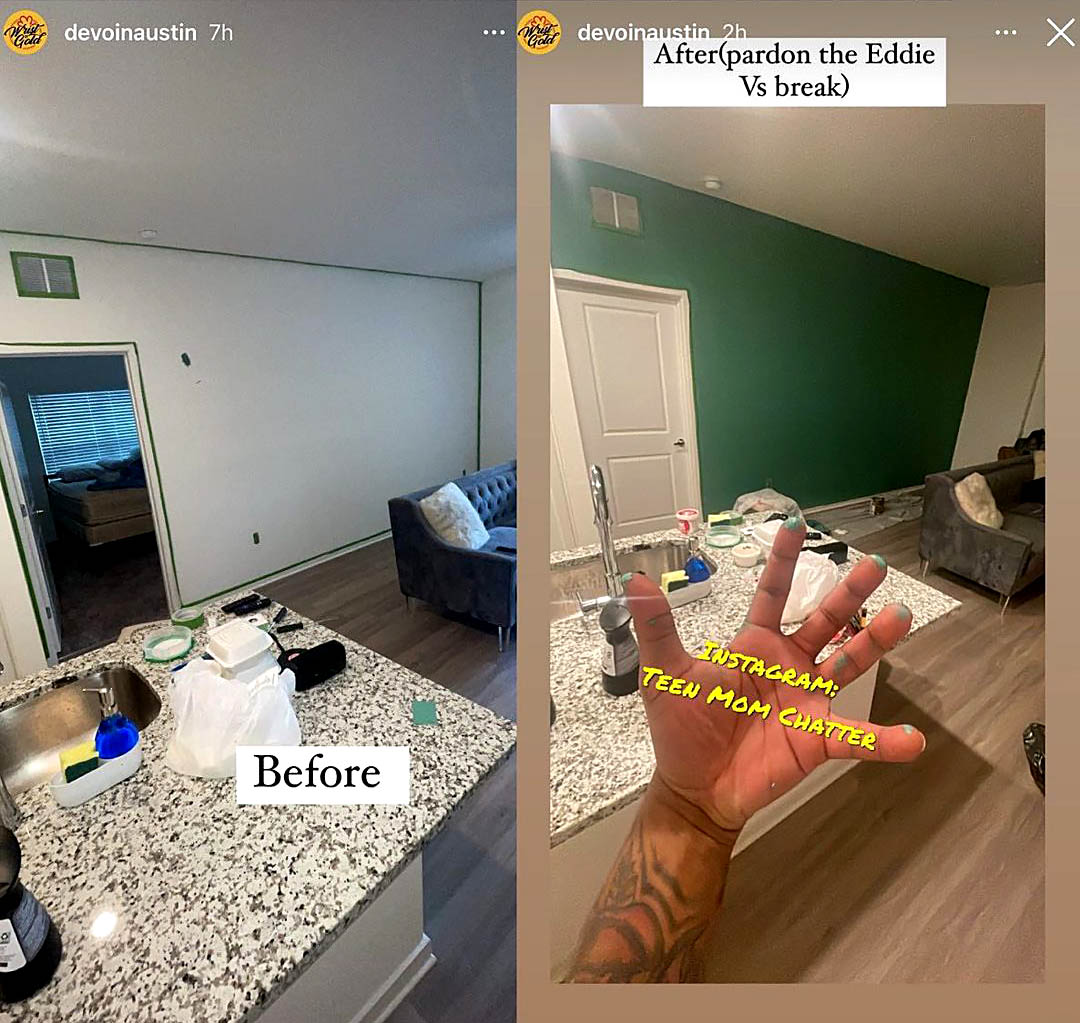 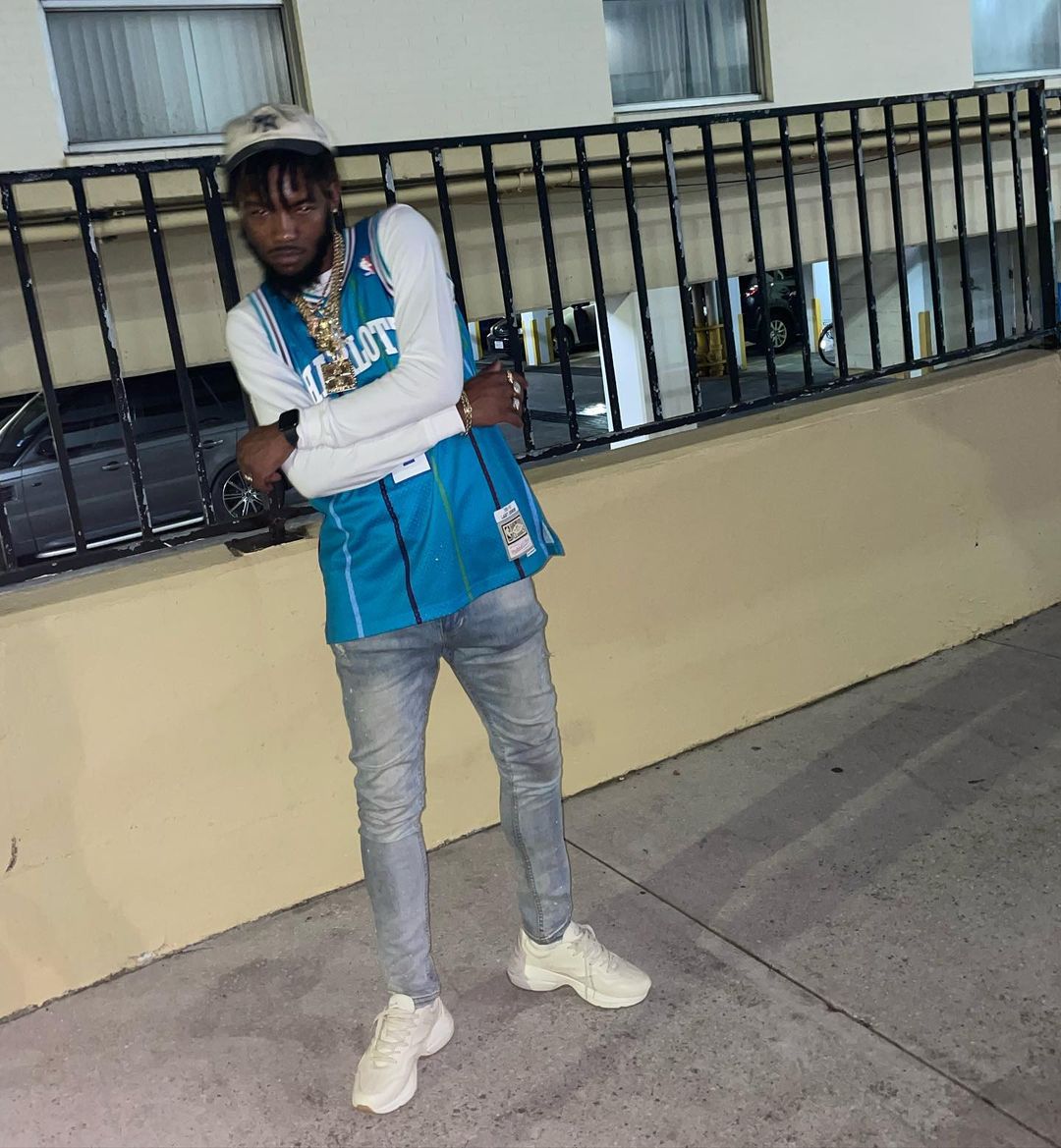 Devoin, 29, took to his Instagram stories over the weekend to share an update about his new apartment.

The reality star showed fans before and after pictures of his living room as he added a newly painted green accent wall.

The TV personality snapped a photo of his hand covered in an emerald color as he continues to customize his space.

Earlier this month, Devoin gave fans an inside look at his new digs, calling his fridge the "best part" of the apartment.

The father of one showcased the layout of the two-bedroom abode, capturing a shot of the kitchen and living room.

An island held granite countertops, white cabinets, white walls, and there was hardwood flooring throughout the space.

In another snap, the TV star highlighted his stainless steel refrigerator, which he claimed is his "favorite part of my new spot."

Devoin promised his followers that more photos would come once he is fully settled.

"Thanks for all the love everyone. Will def post pics once I decorate that bih," he wrote.

The move comes after the MTV star admitted that he had a "severe gambling problem" on Instagram.

"I got a severe gambling problem and need serious help. Any recommendations?" he asked his following alongside a red SOS emoji.

"Don't get me wrong, I'm not like selling my s*** to gamble or that f***ed up. But I'm noticing I spend vacations in the casino and that really bothers me.

"I just can't get right," he concluded the statement.

The pair have battled over financial matters for years as the Teen Mom has repeatedly claimed that he doesn't pay enough for their child.

The MTV star has been open about her concerns in the past, with the exes getting into a yelling match over the matter in recent scenes.

When Briana criticized Devoin for not financially supporting Nova during a reunion, he insisted he’s been helping out since getting a new job.

However, the mother of two argued: “Now that you’re able to do it, you should do it because the last time you helped financially, as far as a bill, was a while ago, was a few months ago.”

He told her to “have a number set” to pay her, though she responded: “Every time we speak out our financial situation, you get offensive.”

Devoin then called out Briana for her own expensive spending habits and she told him to “shut the f**k up” as they yelled over each other.

He complained she was able to talk more than him, while Briana responded: “Every time we talk about money, he gets so flustered about it.”

BACK TO THE CASINO

Back in September, Briana’s baby daddy took to his Instagram Story to share a video of himself gambling at a casino.

After zooming in on a screen to reveal that he had won, Devoin showed that he was holding a stack of cash in his hand.

Devoin also recently opened up about needing "a financial advisor" as he disclosed that he spent $700 on Yeezy trainers. 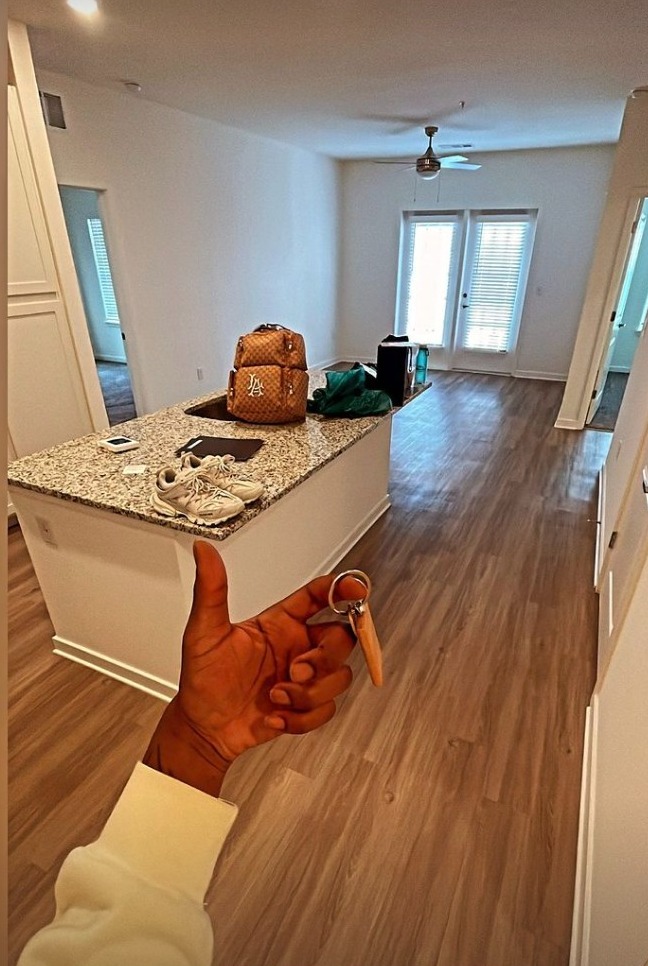 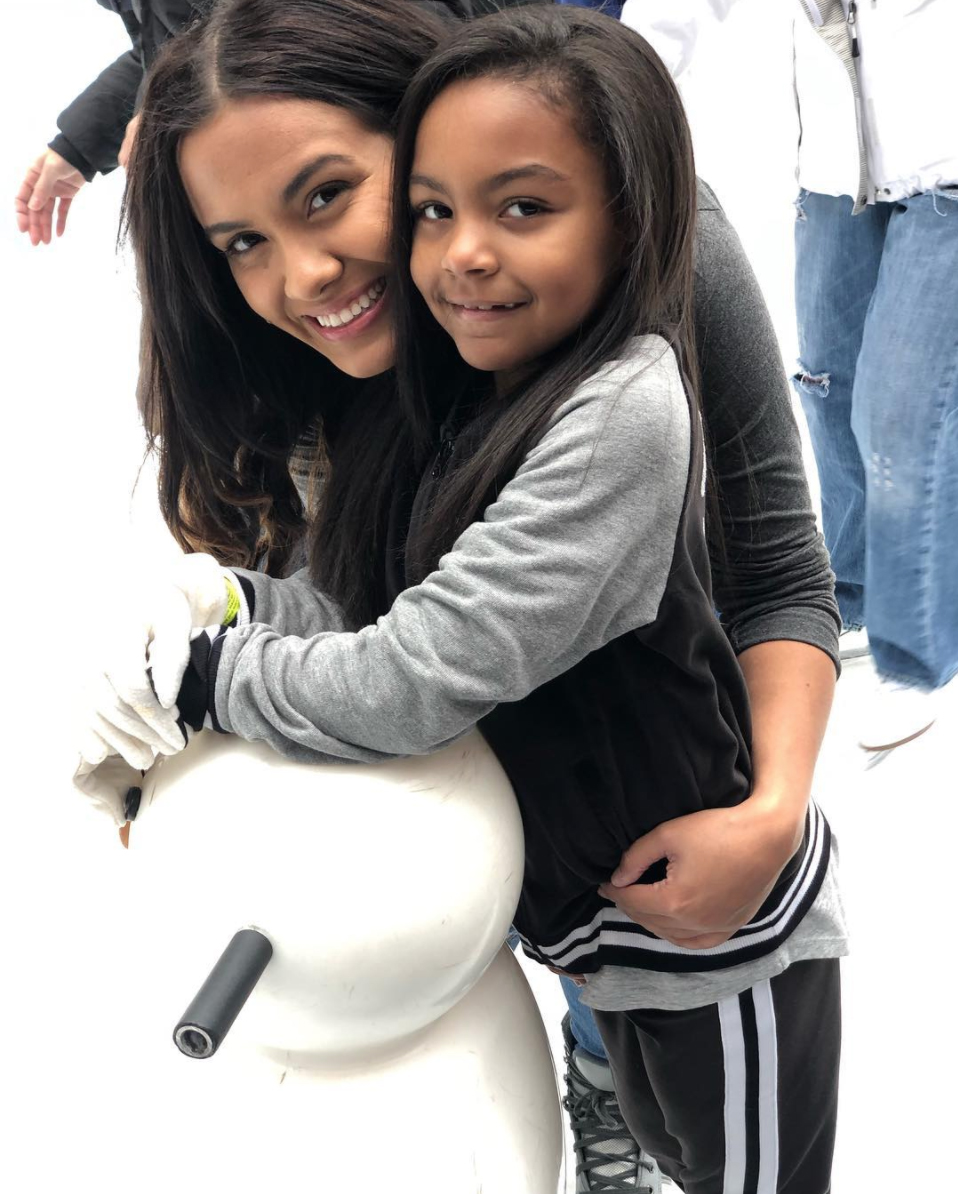 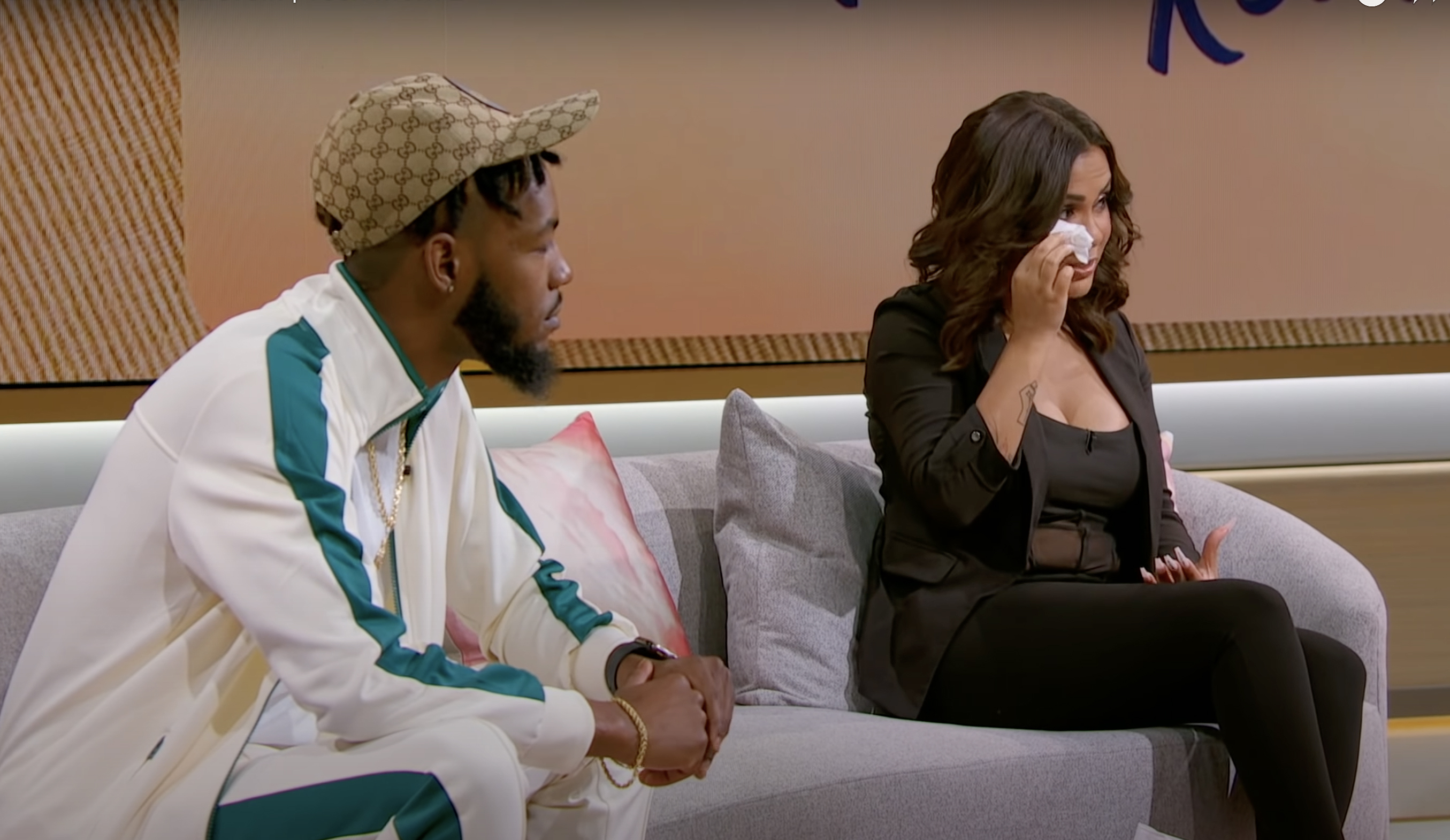