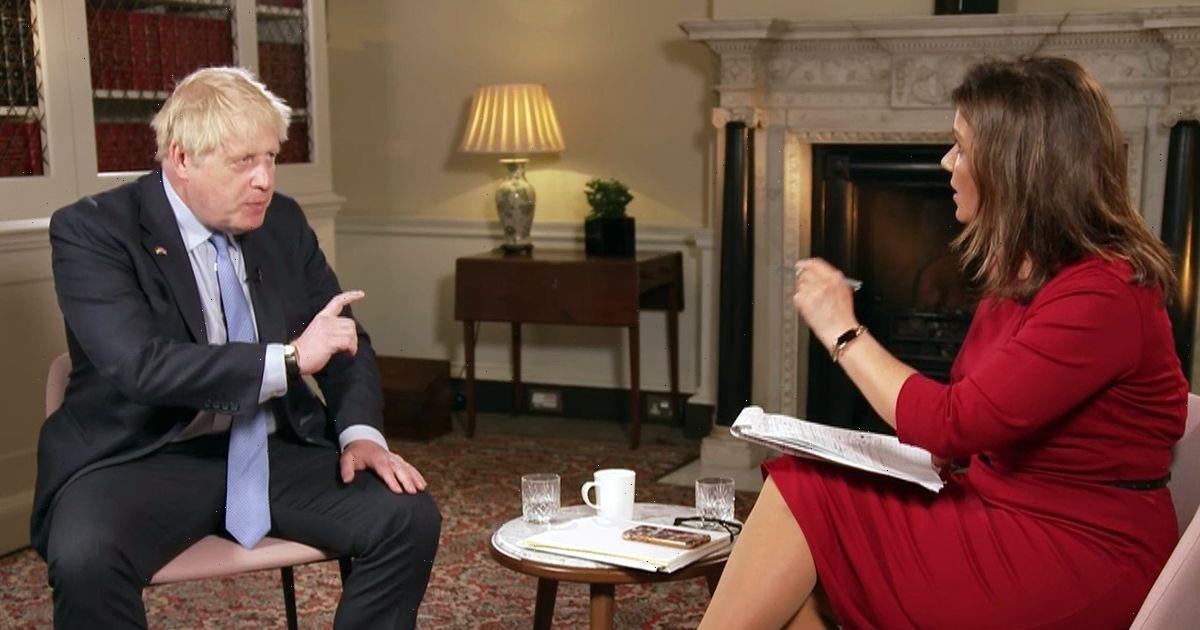 Susanna Reid's controversial interview with Prime Minister Boris Johnson on Good Morning Britain will not be pursued by Ofcom.

The interview, which was broadcast live from Downing Street on May 3, received a total of 98 complaints relating to impartiality from viewers in wake of its airing.

On Tuesday (May 24), the broadcasting regulator said it had assessed the complaints but declined to pursue any further action.

In a ruling, the media watchdog claimed the 57-year-old Tory leader was given "sufficient opportunity" to state his Government's position.

It also insisted that Susanna's strong line of questioning was 'in keeping with viewers' expectations'.

An Ofcom spokesperson said (via PA): "We assessed complaints about this interview with the Prime Minister.

"We found he was given sufficient opportunity to put across the Government’s position, and the strong line of questioning was in keeping with regular viewers' expectations of interviews with political figures on this programme."

The controversial broadcast saw Susanna, 51, challenge Johnson on a number of issues, including the cost of living crisis and hike in energy prices.

The veteran breakfast presenter didn't pull any punches as she quizzed the politician on the alarming case of an elderly lady who was forced to travel around on the bus rather than waste energy in her home.

She also asked the sitting PM outright why he refused to resign after he was confirmed to have broken the law by attending Downing Street parties during the coronavirus pandemic lockdown in the UK.

In another viral moment from the interview, Johnson appeared clueless about the identity of Lorraine Kelly.

The interview marked Johnson's first appearance on the ITV breakfast programme since 2017 when he was foreign secretary.

In an incident which took place in December 2019, he also memorably avoided speaking to the show's presenters by hiding in a fridge.

The politician was approached by reporter Jonathan Swain and his camera crew when he hid inside a fridge and informed the presenter that he would be 'with him in a second'.