Good Morning Britain’s Andi Peters was reporting live from Silverstone this morning as he detailed to ITV viewers what was up for grabs in the show’s latest competition. As is usual on GMB, Andi shared a joke or two with the presenters, who today were Kate Garraway and Susanna Reid, but weather reporter Laura Tobin also joined the act this morning. However, it appeared Andi wasn’t impressed with his colleague’s advice when it came to taking to the track, prompting Susanna to jump in and shut him down over his criticism.

With Andi in Silverstone, it would’ve been remiss for GMB bosses not to have him take to the track himself.

Having competed on reality competition Drive, Laura decided she’d weigh in with some wise words for her colleague.

Kicking off the competition segment, Andi was showing his GMB co-stars around the museum at Silverstone.

He told Kate, Susanna and Laura: “I have to say, congratulations to everyone who’s won Free Cash Friday in the past, it’s back tomorrow, more of that a little bit later,” 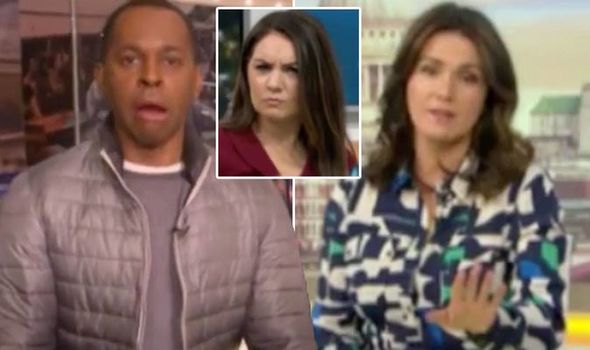 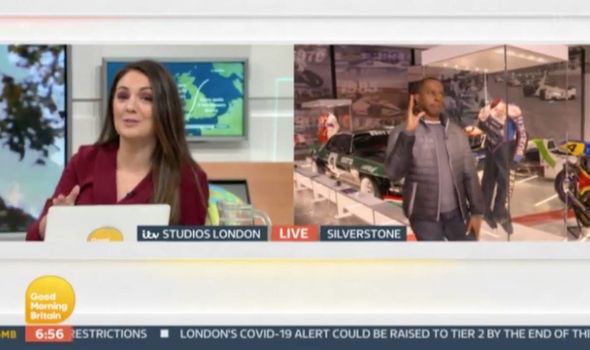 He added: “But look, this is Barry Sheen, remember him the ‘motor bike man’, if you look really closely at his helmet,

“There’s a little hole. He had that hole put in so he could have a cheeky cigarette as soon as he came off the (track). That’s unbelievable.”

Andi then turned his attention to Laura, as he quizzed: “Laura, are you a bit of a racing fan yourself?”

Laura replied: “So I’ve actually driven around the circuit there at Silverstone, 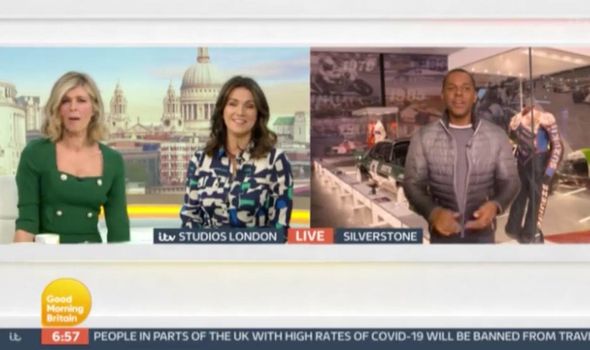 “And what you need to know is once you set off,” Laura advised. “You can’t turn around and come back.

“You have to go the entire circuit, so make sure there’s enough time between your competition hits to do that, Andi.”

However, Andi had grown tired of his colleague’s answer as he began mocking her while she was talking by miming the words and moving his hand in a chatty gesture.

Susanna was left curious by Laura’s advice, however, asking: “Are you telling us the racing track is one-way?

“It’d be slightly awkward if it wasn’t,” Susanna joked before Andi took an even firmer stance.

However, Laura defended her advice, saying some people thought they’d be able to turn around but it didn’t stop Andi’s putdowns.

As Laura revealed she learnt the tip while training for ITV’s Drive, the competition host replied: “Oh, my life. Literally. Boring!”

Susanna quickly jumped in to defend Laura, however, as she took aim at Andi: “Andi, just because Piers [Morgan] isn’t here,

“Doesn’t mean we all have to be rude to each other,” Susanna said, with Kate agreeing: “No!”

Good Morning Britain continues weekdays at 6am on ITV.