Good Morning Britain hosts Susanna Reid and Piers Morgan once again reminded ITV viewers the Government had failed to appear on the programme since April as they continued to call for them to be held to account on the morning show. However, one politician who has made multiple appearances during this time is Shadow Health Secretary Jonathan Ashworth of Labour, who divulged his feelings on the current handling of the coronavirus from the Government. However, Reid soon called him out and urged him to make his critiques of the Government’s current methods “a dealbreaker” when voting on new restrictions instead of merely stating them.

The hosts appeared to agree largely with what Ashworth said this morning as he made his feelings on the test and trace system clear.

He criticised the use of private contractors carrying out the test and trace system in the UK as the trio also went over what the new three-tier system would mean.

He told Reid and Morgan: “The Government have really got to fix the test, trace and isolate system.”

But Reid soon stepped in to remind him of his responsibility as Health Secretary Matt Hancock’s opposition. 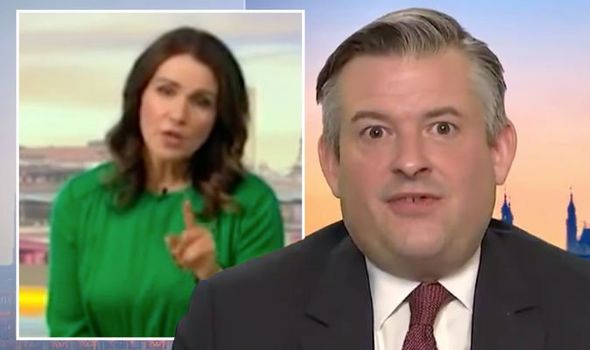 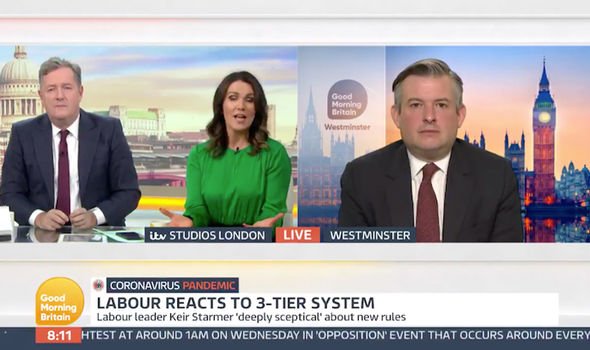 She asked Ashworth: “As the opposition, why don’t you make that the dealbreaker?

“Why don’t you say ‘we will support these new restrictions, but in return, you need to either give the test and tracing to local public health teams, or you need to sort out a better test and trace contract?’”

The host continued: “To keep saying the same thing but for it not to be changed by the Government… we’re not buying ourselves time, are we?

“No, we’re not and this is the way Parliament works, I will definitely make that point in the House of Commons later today and to Matt Hancock,” he promised. 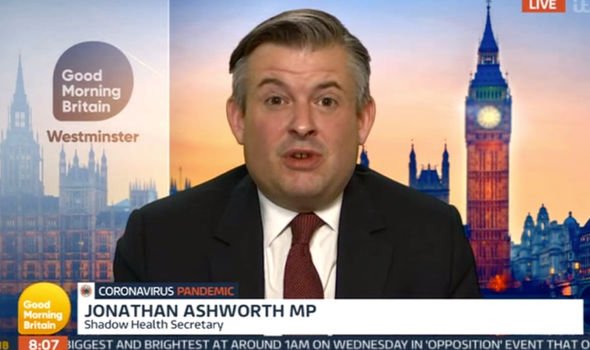 He continued to explain the dilemma he felt he had to contend with when it came to voting on the new measures.

Ashworth said: “But in the end, if we voted against his restrictions, there are Tory MPs who think we shouldn’t have any restrictions.

“If we defeated this in the House of Commons today there would be no restrictions,” he reminded viewers.

Later on in the discussion, Ashworth reacted to Matt Hancock and other Government ministers failing to appear on the ITV show for nearly six months.

Piers said: “It’s an interesting point you raise there, we’re in the second wave of the worst health crisis this country has faced in 100 years.

“And it’s now day 168 of the Government boycott, which means the Health Secretary has not appeared on this programme since April.

“Is that not just a dereliction of duty?” he asked Ashworth, after noting show guest David Dimbleby had earlier agreed with this view.

“I think he’s running scared from you and Susanna,” Ashworth hit back.

He noted: “You give him a tough time, you give us a tough time… sometimes I come off this show and people on Twitter say, ‘Piers has made you look like a right wally.’

“Us as politicians have a privileged and we have to be held to account – the British public expect it.

“Yes, you ask us tough questions, we try our best to answer them and the public will judge whether we’ve answered them in a satisfactory way or not.