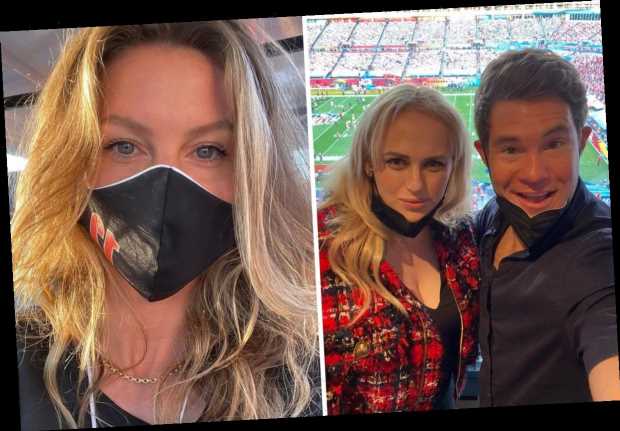 GISELE Bündchen, Rebel Wilson, Tiger Woods, and other celebrities were spotted ready to watch the Super Bowl from the stands in Tampa Bay.

The big game has Tom Brady's Buccaneers go up against Patrick Mahomes' Chiefs. 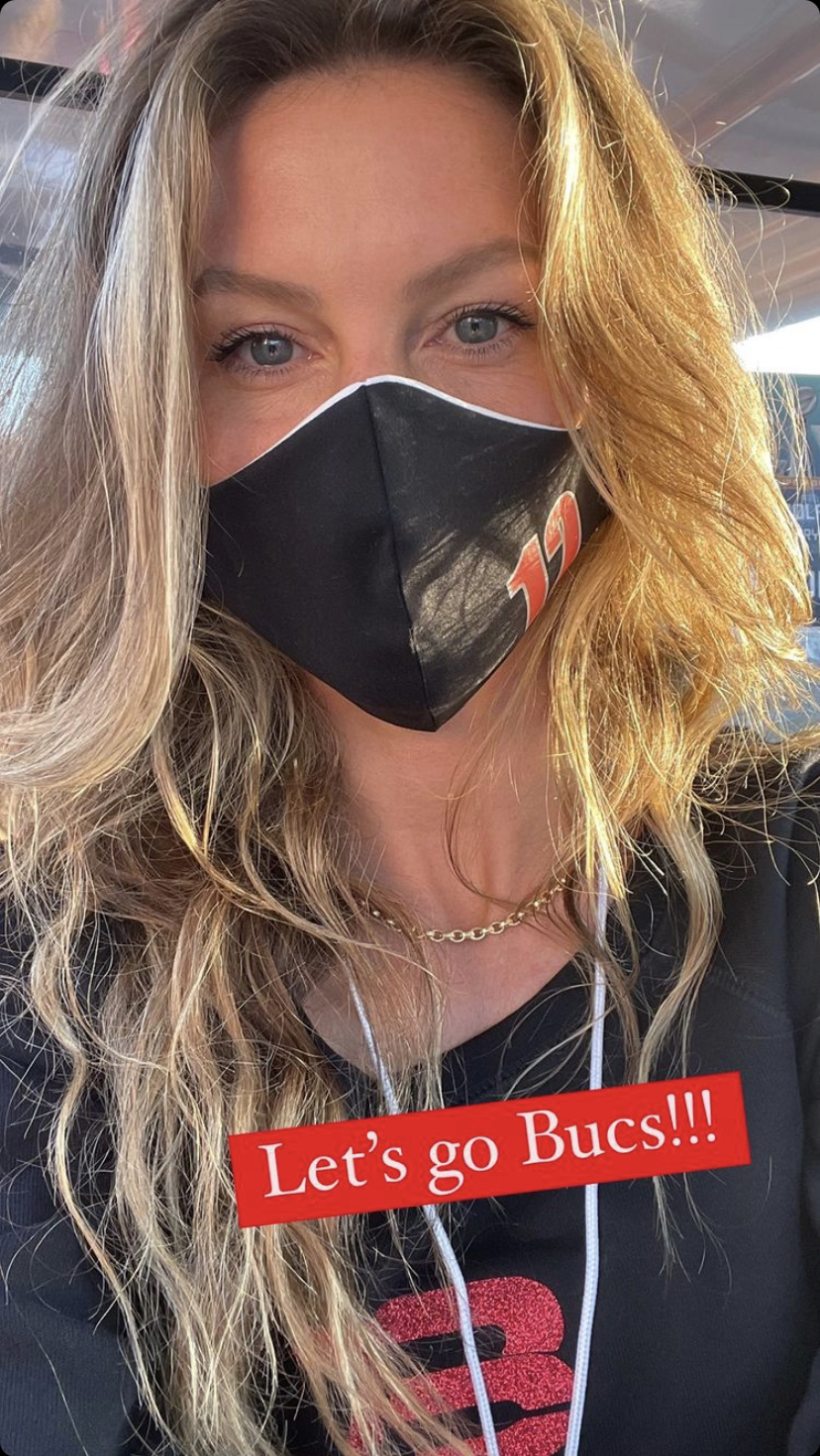 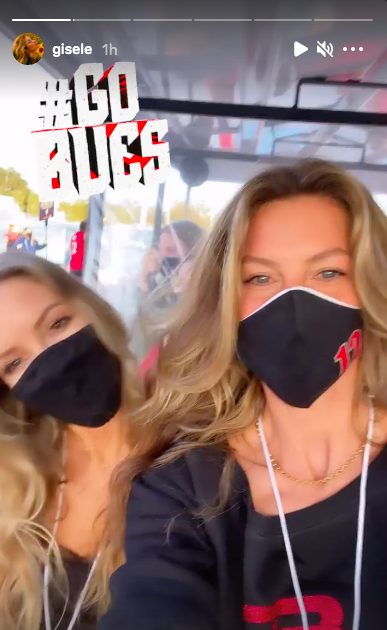 The former Patriots quarterback's wife, Gisele, was of course at the biggest sports event of the year as she took to her Instagram Stories to share a selfie rocking a mask.

However, that wasn't it as she also shared a short clip of herself arriving at the game via a trolley alongside a pal. 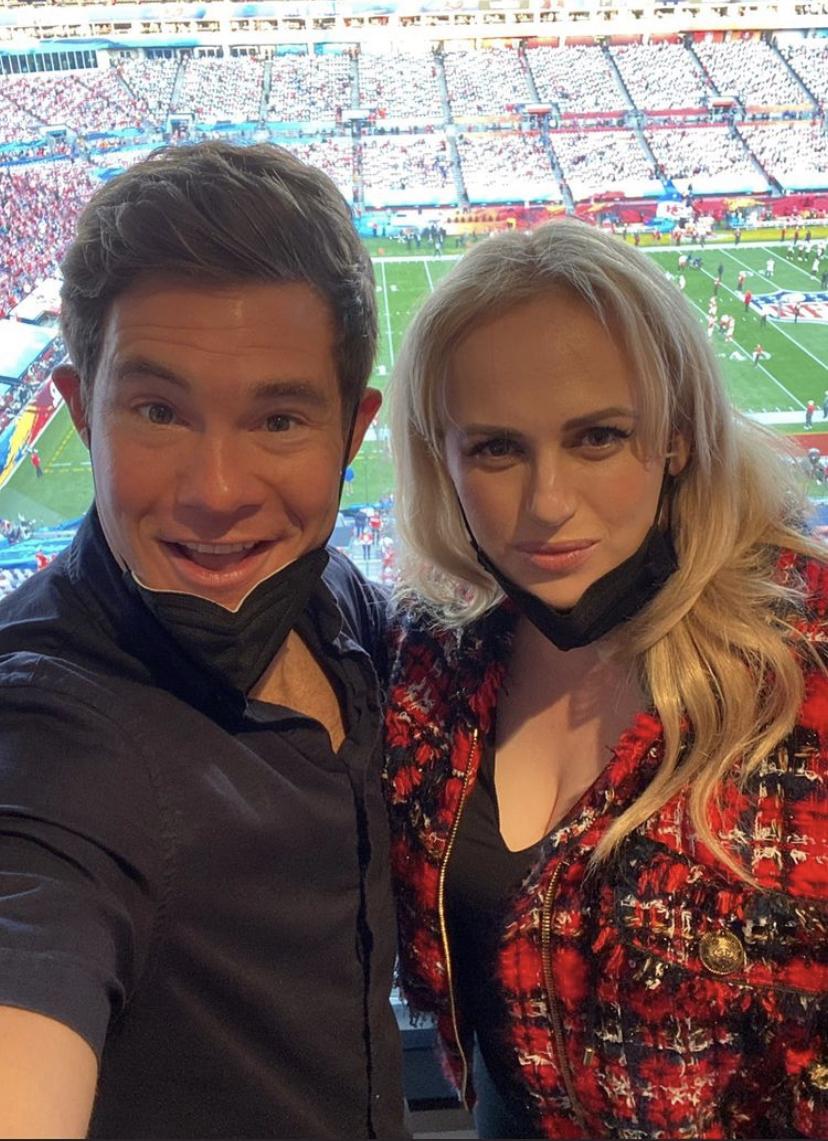 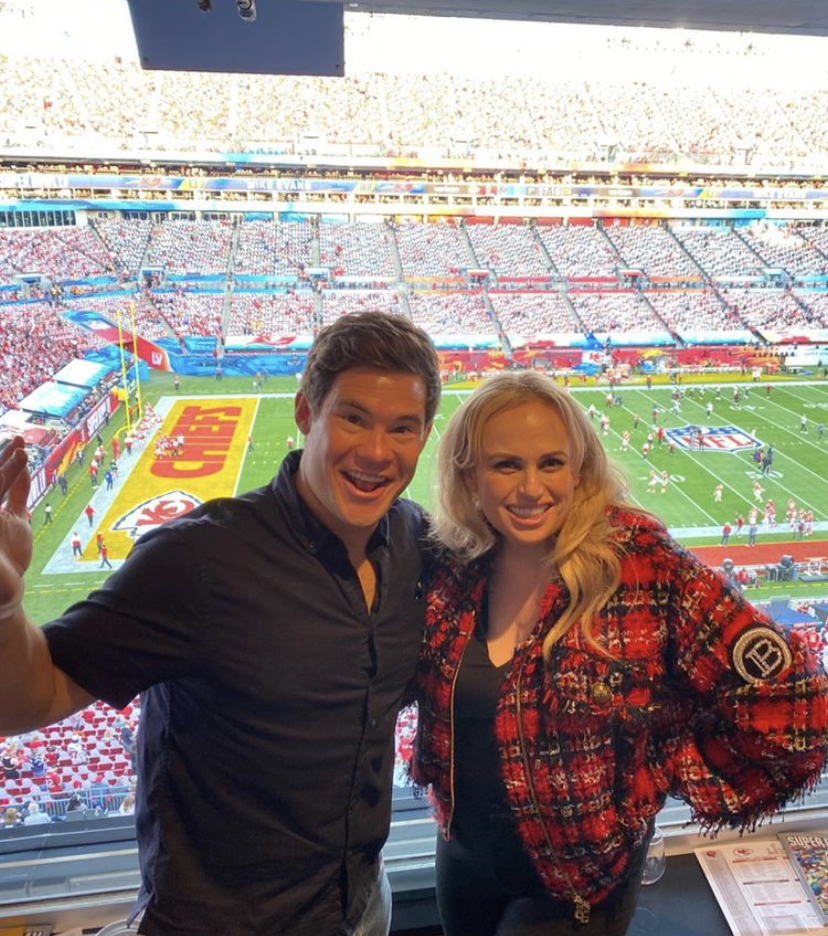 She wasn't the only famous face in attendance as Rebel Wilson showed off her new fit figure while posing next to fellow comedian, Workaholics' Adam DeVine.

"My favourite work husband," she wrote, just a few days after she dumped her billionaire boyfriend, Jacob Busch. 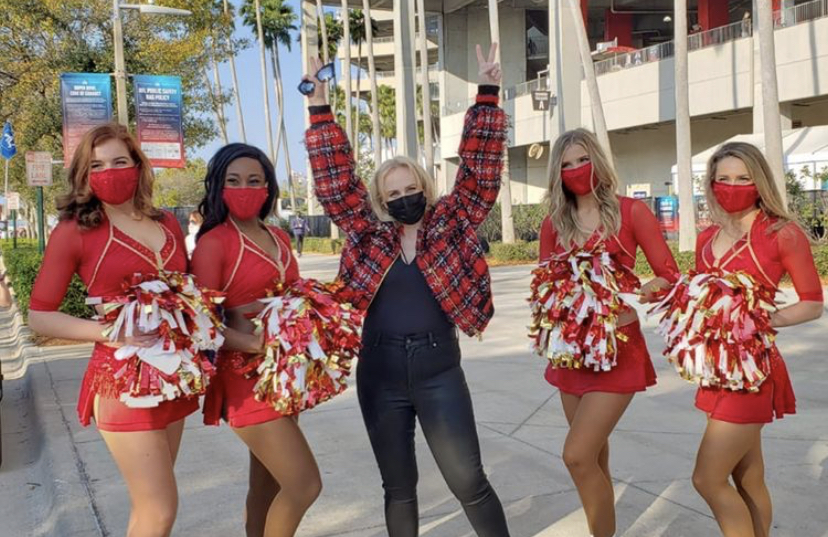 Like Gisele, Rebel also shared various clips from her point of view as she took in the sights and sounds from the highly-anticipated game.

Before entering the stadium, the Pitch Perfect actress even got to pose with the game's cheerleaders.

Megastar Jennifer Lopez seemed to hop on her own private jet in order to see the game in person as she posted a selfie of herself lounging while on route. 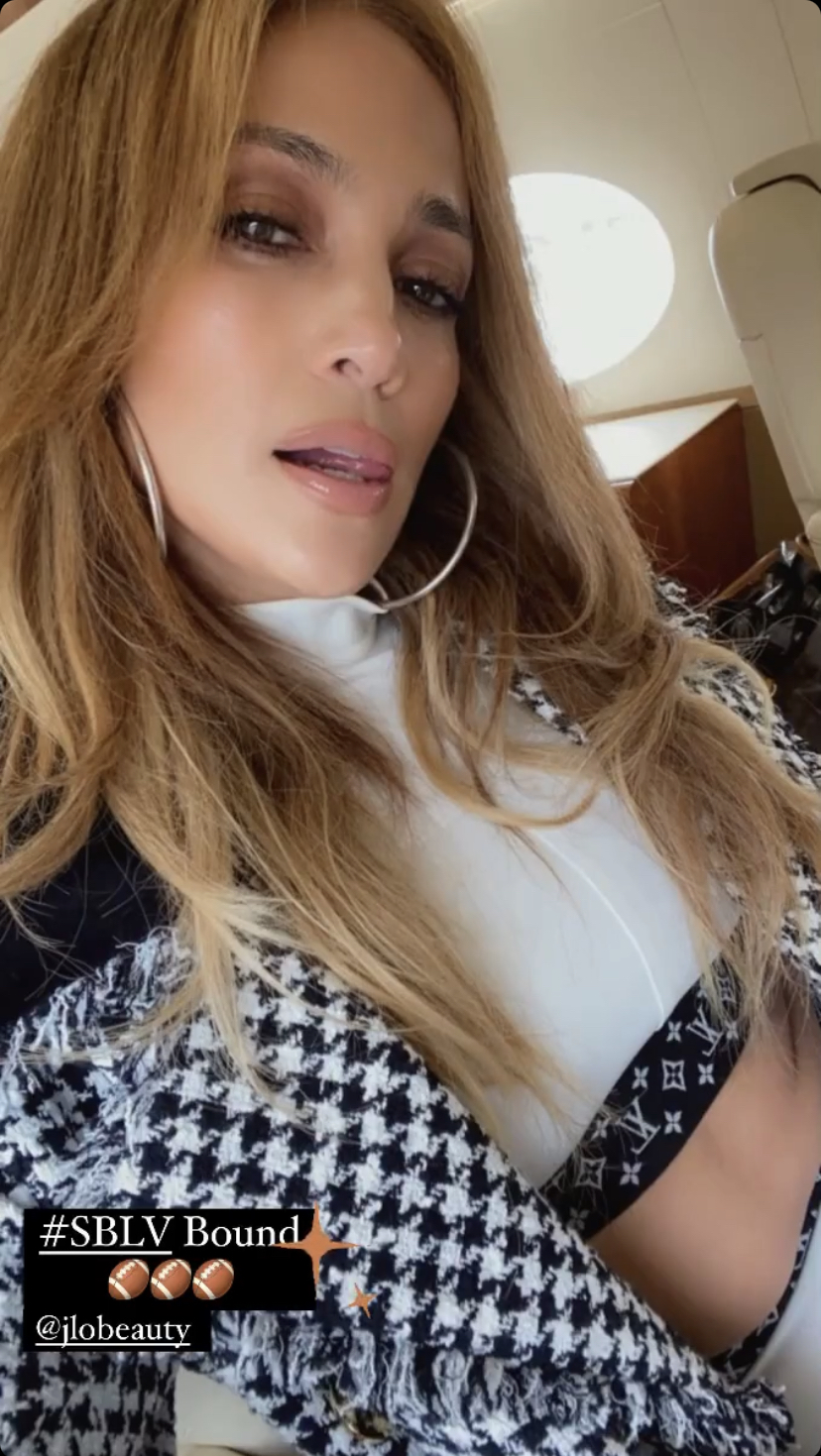 She wrote: "#SBLV BOUND," while showing off her glam look.

Golf may be his game, but that did not stop legendary athlete Tiger Woods from putting down the golf clubs and enjoying the game from a private suite. 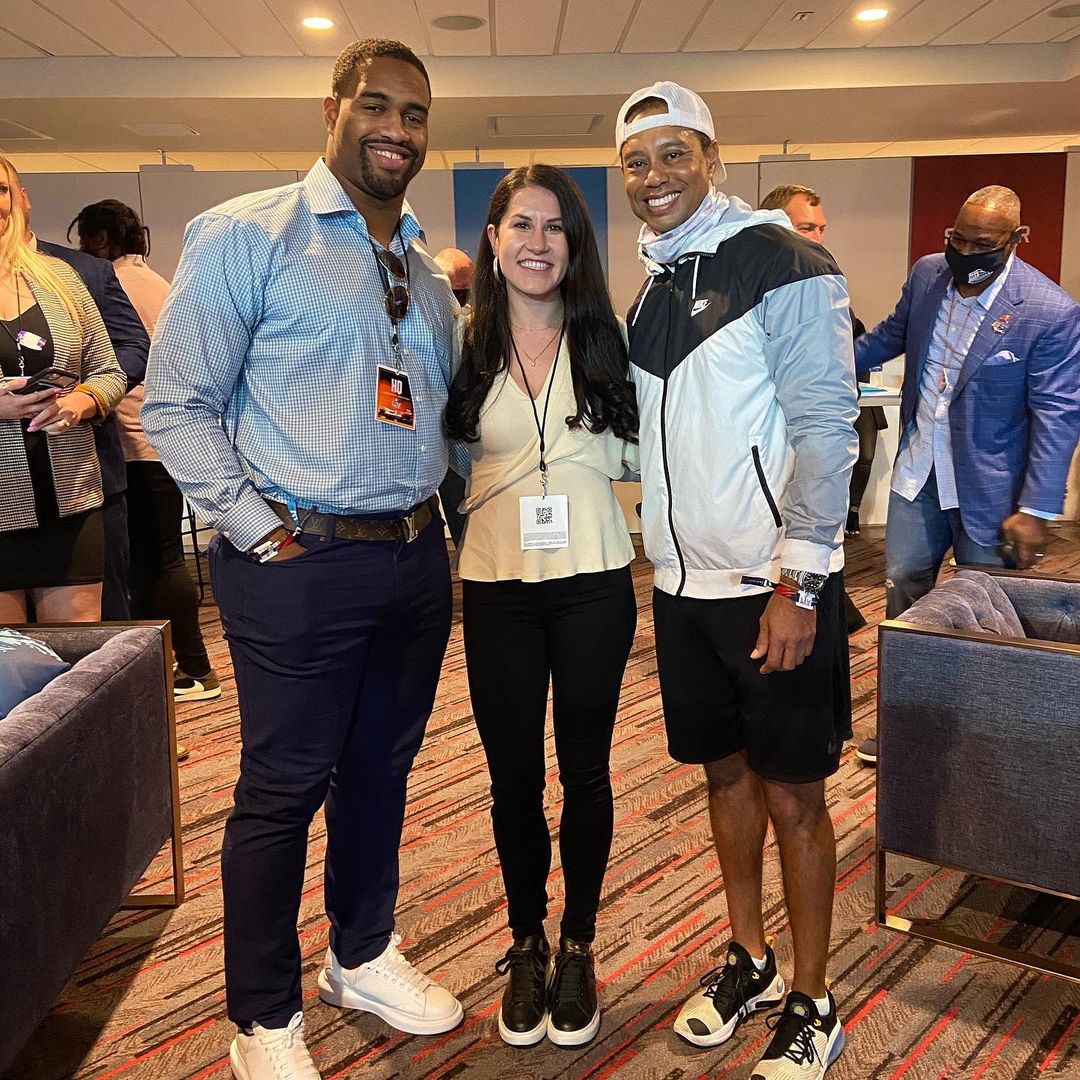 Washington Football Team's Jonathan Allen shared a photo alongside Tiger as they smiled wide for the camera.

It wasn't just big names either, as even The Little Couple's Dr. Jen Arnold found her way to Tampa.

The reality star shared a photo of herself with the field serving as her backdrop as she captioned it: "Honored to be here." 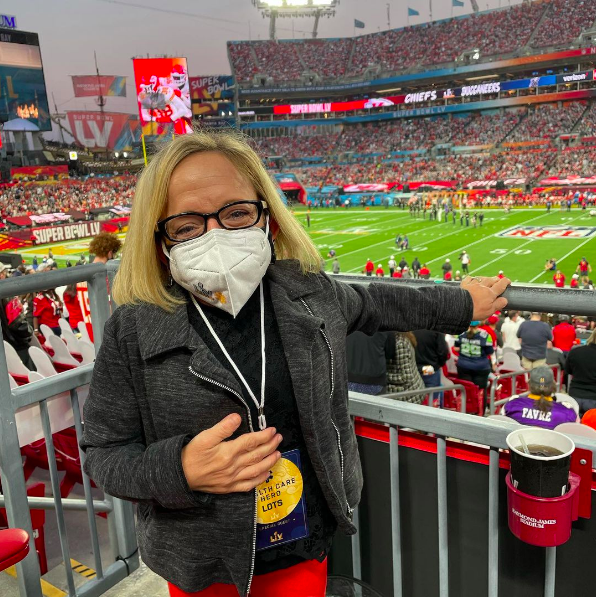 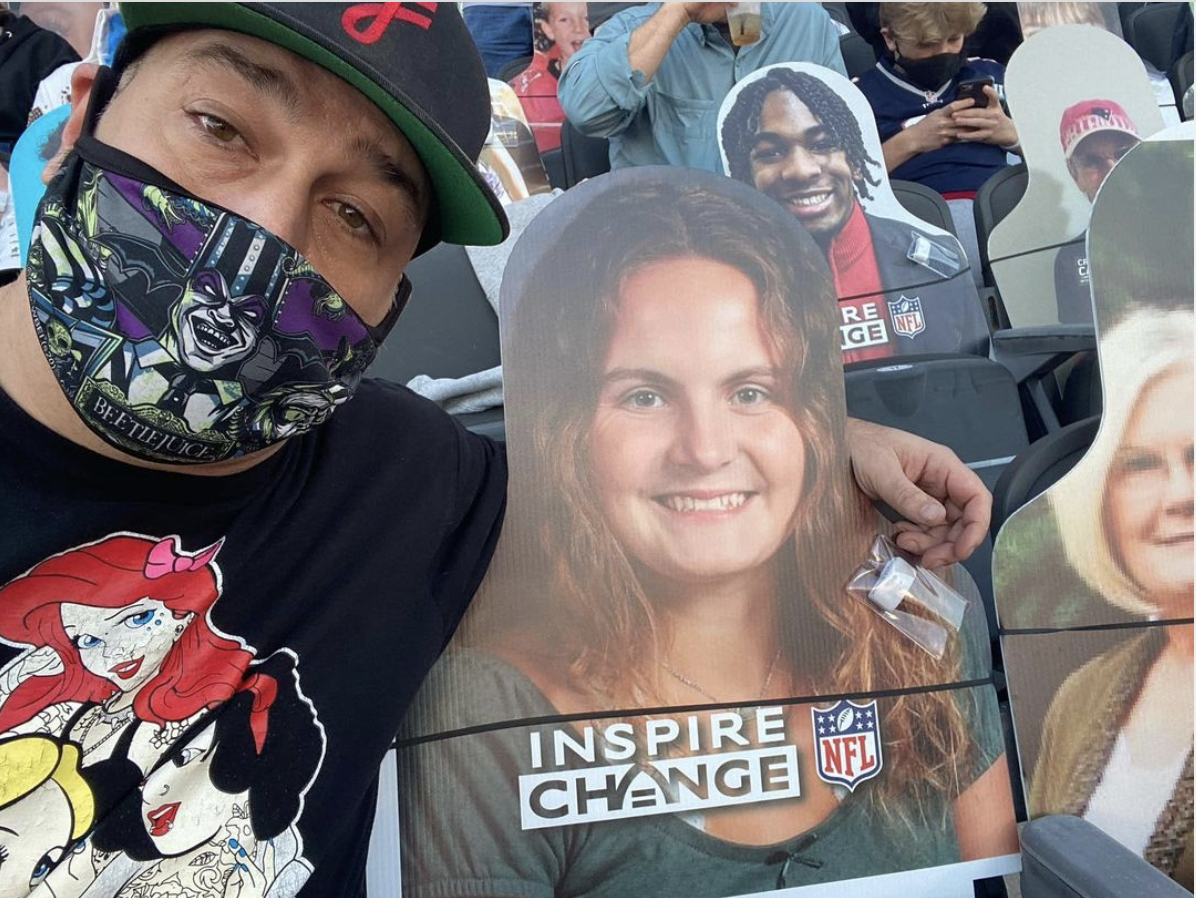 Even NYSYNC's very own Joey Fatone was able to see the game in person as he shared a photo of himself with his arm around a cardboard cutout.

"I am very lucky I got to be invited to the Super Bowl thank you Brian …. and my new friend Chealse and I have been chatting it up!" the boyband member wrote in the caption. 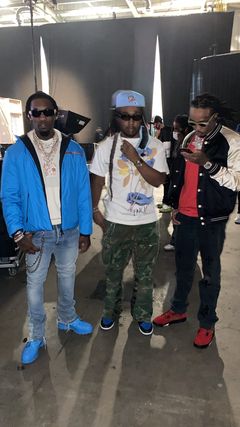 Some celebrities were not only at the game, but even got to perform during the Big Game Weekend event, including Cardi B's husband Offset, Takeoff, and Quavo – better known as hip hop group Migos.

Diplo was also on hand as just the night before he performed Heartless, a song he released with Morgan Wallen in 2019.

The country singer has been in some hot water lately for dropping a racial slur while on video.