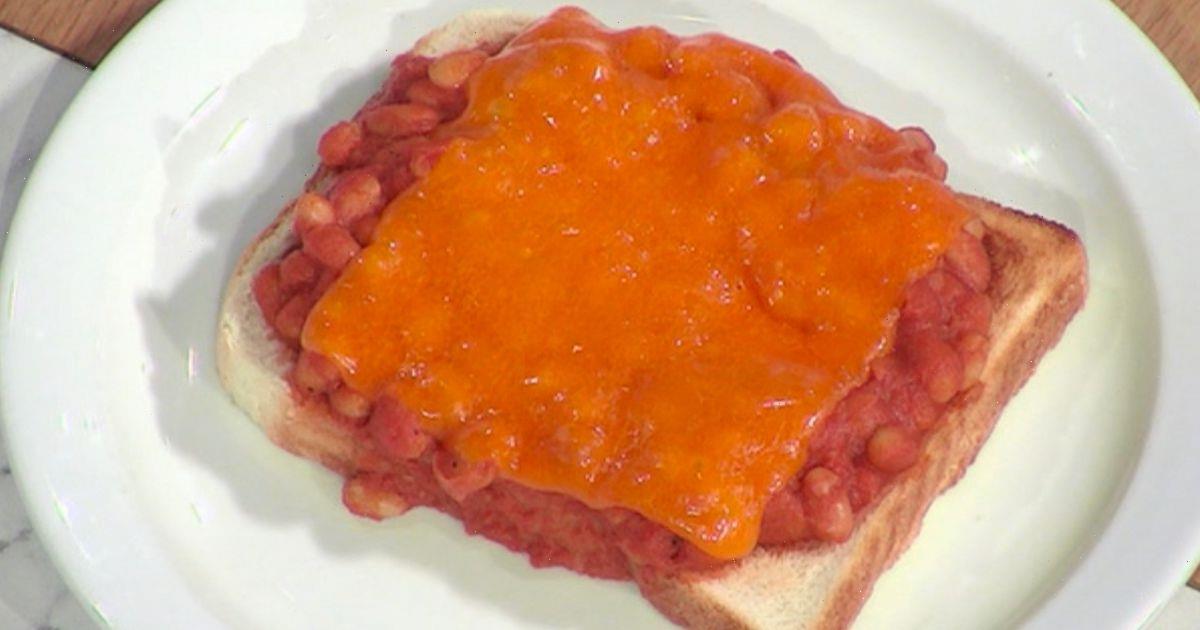 Viewers of Channel 4's Sunday Brunch were left in a state of shock when a café owner appeared on the show who charged £5 for beans on toast.

Hosted by Tim Lovejoy and Miquita Oliver, with Simon Rimmer in Newquay for the Boardmasters Festival – the hosts welcomed the co-owner of a London-based café onto the show.

Elliot Kaye who co-owns Norman's Café in Tufnell Park, North London alongside Alex and chef Richie, cooked up a storm for the hosts and celebrity guests.

Talking the studio and viewers at home through his menu, Elliot introduced the cafe's cheesy beans on toast dish which comprised of baked beans on toast with a slice of red Leicester cheese on top.

He explained how he isn't a fan of sourdough and that at his fooderie "you can't go wrong with basic white bread".

Although some fans were swooning over how appetising it looked, most fans were taken aback by the cost of the dish if you were to head into Norman's Café.

"Cheeky c**t £5 for beans on toast #SundayBrunch," one person penned alongside a screenshot of the menu she looked up on the cafe's website.

Another person then went on to say: "I can't believe there's a guy on #SundayBrunch showing off his beans and toast and 'basic white bread'."

Someone then echoed the co-owners words when they penned: "'We’ve got a basic menu that includes fry-ups…' 'a fry-up with a tea or coffee included'. So this 'revolutionary café' he’s got is actually just a greasy spoon, only with posh owners? #SundayBrunch."

While another said: "Is this a piss take. Sausage and brown sauce. Beans on toast. Sponge with icing. What's next, Weetabix? #sundaybrunch."

But some viewers were loving the innovative cafe, with one writing: "Oh yum sprinkle cake and pink custard! I need to go there. #Norman's #SundayBrunch."

Another added: "#SundayBrunch should give more airtime to chefs like this."

The eatery is clearly a hit with fans and foodies though as its Instagram page is nearing 50,000, with photos getting over 1,000 likes and a flurry of comments each time.