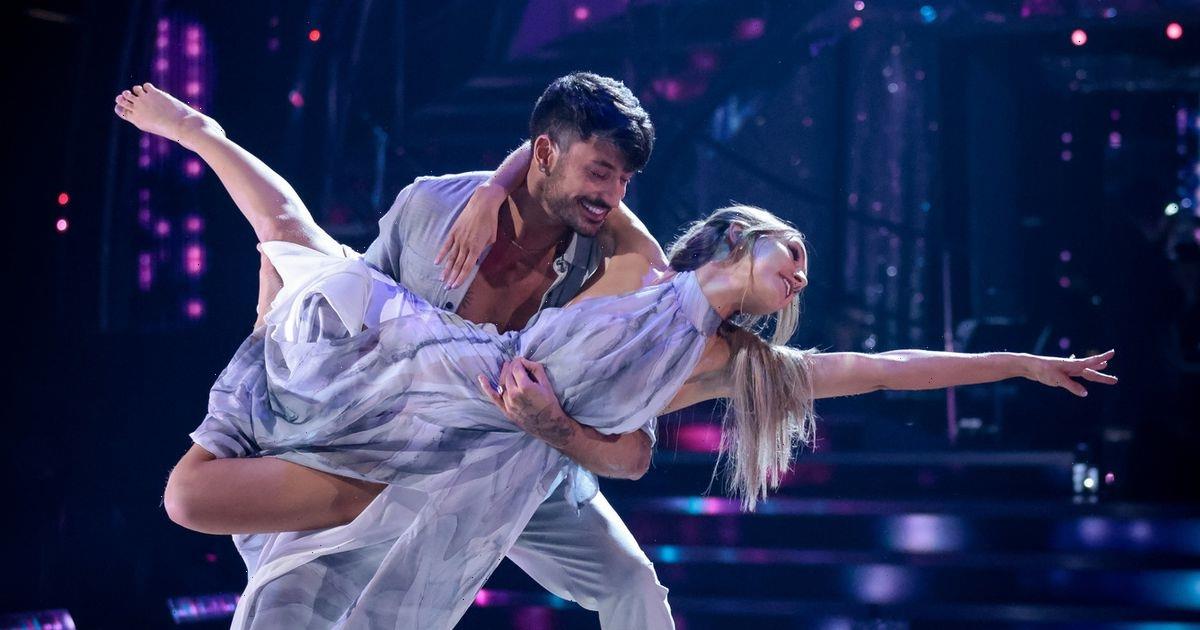 Strictly Come Dancing has revealed the highly-anticipated songs and dances for the show's Musicals Week on Saturday.

Rose Ayling-Ellis and Giovanni Pernice will be performing the Quickstep to Love Is An Open Door from Frozen while Tilly Ramsay and Nikita Kuzmin will be doing a Couple's Choice to Revolting Children from Matilda.

Elsewhere, AJ Odudu and Kai Waddington will be performing a Waltz to Edelweiss from The Sound Of Music with John Whaite and Johannes Radebe dancing the Viennese Waltz to Chim Chim Cher-ee from Mary Poppins.

Also taking to the dance floor is Dan Walker and Nadiya Bychkova with a Charleston to Good Morning from Singin’ In The Rain, Rhys Stephenson and Nancy Xu with a Jive to Footloose and Tom Fletcher and Amy Dowden with a Couple’s Choice to On My Own from Les Misérables.

The Musicals Week songs and dances come after Rose and Giovanni left fans sobbing on Saturday when they performed a Couple's Choice dance to Clean Bandit's Symphony, where they included a "special" silent moment in their dance to celebrate the deaf community.

Talking on Monday's It Takes Two, Rose, 26, who is the first deaf contestant to take part in Strictly, and Giovanni, 31, revealed that they kept the silent moment in their dance a "secret" as it was "such a special moment".

It also comes after Sara Davies was eliminated from the show on Sunday's results episode with pro partner Aljaž Škorjanec.

Also talking on Monday's It Takes Two, the Dragons' Den star, 37, broke down in tears and admitted she feels "lost" without pro partner Aljaž and their daily routine.

Getting emotional, Sara said: "Do you know, I woke up this morning and I was just lost. I was just…

"We usually have our little routine. The alarm goes off at 5am, check my Instagram Stories, and he's put a little post on: 'Oh, he's woke up!'

"And then we meet at our own little studio, with our own set of keys, and I'd let us in, you [Aljaž], go and make us the coffees.

"I turn the glitterball on, even though we really didn't need a glitterball at 6am in the morning!

"But it just got us in the mood and it was just, those first few hours in the morning before the VT team turns up, it would just be us.

"We'd have this like intense learning, it was just a little bubble."

Strictly Come Dancing continues on Saturday with the results show airing on Sunday on BBC One.

For all the latest news from Strictly and the other biggest shows on the box, sign up to OK! newsletters here.