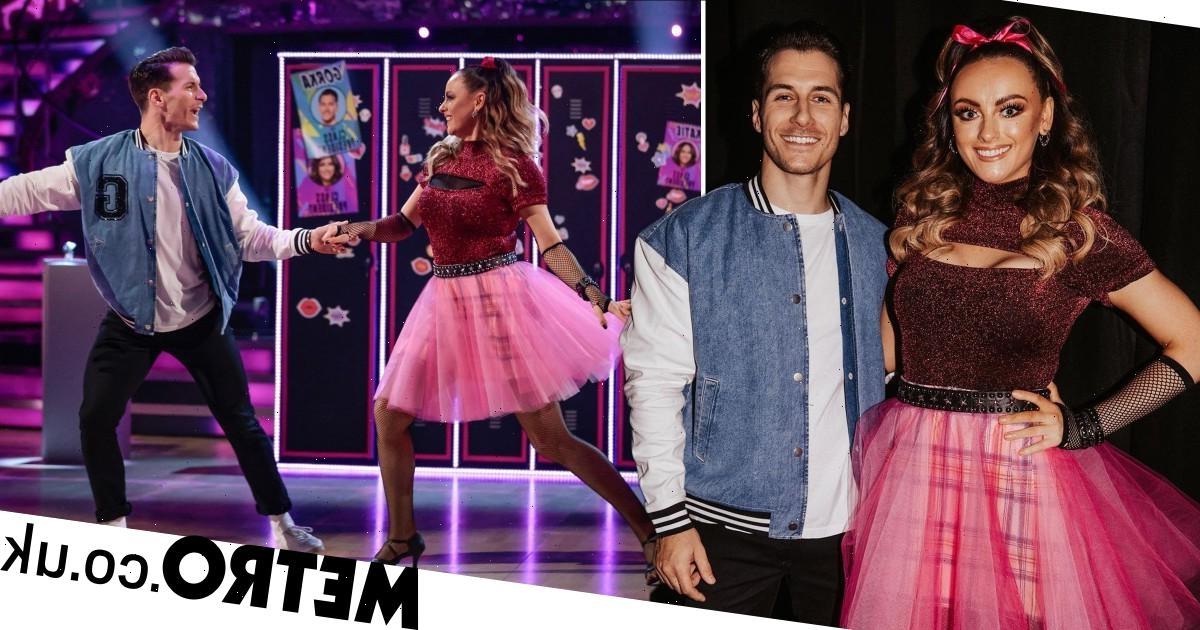 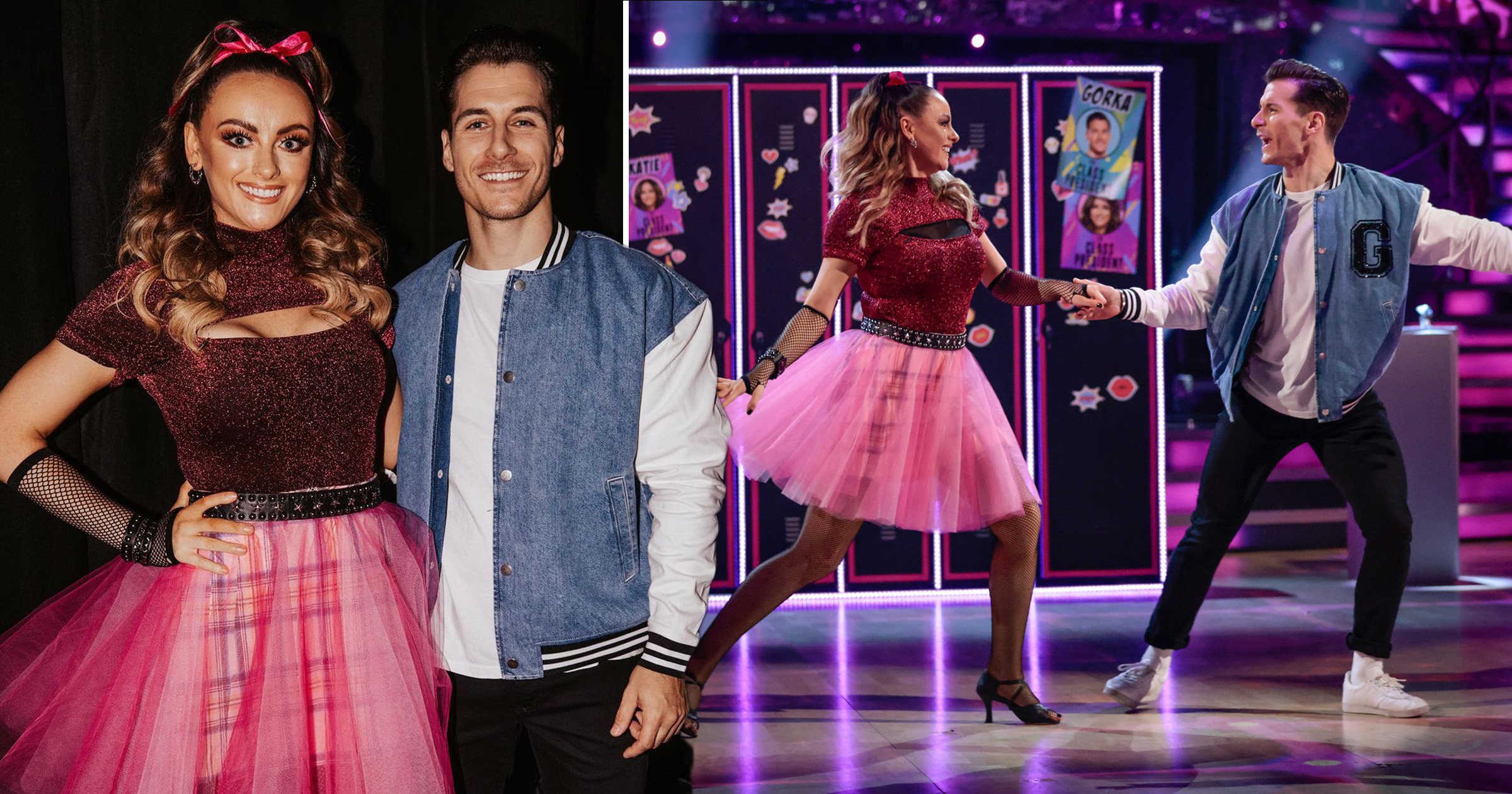 The former Coronation Street star was saved by judges Craig Revel-Horwood, Motsi Mabuse, and head judge Shirley Ballas, which resulted in Nina being the first contestant eliminated from this year’s series.

Hollyoaks star Katie, 28, isn’t taking her secured place in the competition for granted though. Uploading a picture of herself standing with dance partner Gorka Marquez she said she was feeling ‘lucky and humbled’ to still have a spot.

‘Massive congratulations to @nina.wadia and @mr_njonesofficial for what you’ve achieved you’re both incredible!’ she continued.

‘I’m gunna miss you guys so much, you’re bloody brilliant!’

‘I really appreciate the kindness from the judges and have taken all of their feedback and comments onboard,’ Katie continued.

‘And thank you to everyone who voted or showed their support for us this week! We’ll be back bigger and better for Movie Week… get your popcorn ready!’

Katie was reported to be struggling juggling commitments earlier in the week between work on Strictly and Hollyoaks.

A source revealed to The Sun: ‘Tensions seem to be rising as the actor struggles to juggle her two major commitments.’

However, the BBC confirmed that just isn’t the case.

A Strictly spokesperson told Entertainment Daily: ‘The suggestion that Strictly production is disappointed in Katie for any reason is categorically untrue.’

During the show’s first week, Katie and Gorka received 22 points for their tango, while their jive scoring 21 points, placing them 12th on the leaderboard.

Next week the remaining 14 couples will perform movie-themed routines.

Let’s see what the couple will bring next week.

Strictly Come Dancing continues on Saturday at 6.45pm on BBC One