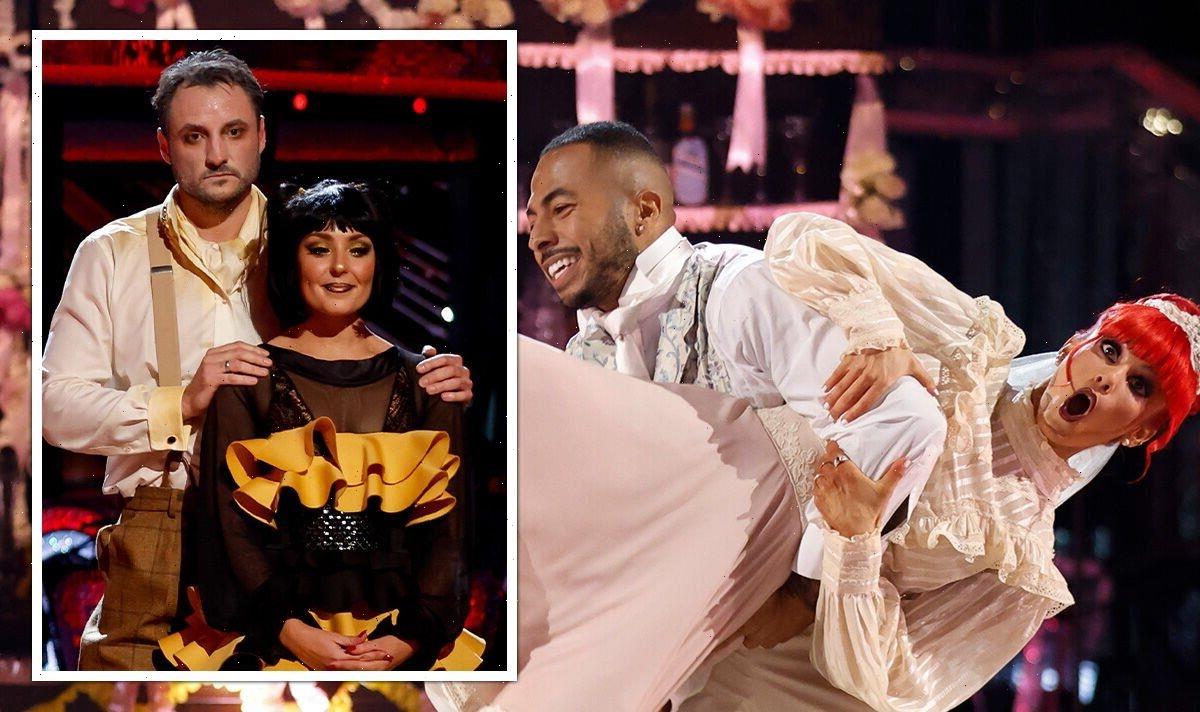 Strictly Come Dancing 2018 finalist Joe Sugg and producer Kim Weston team up each week to share their insight on this year’s competition for the BBC show’s official podcast. During the latest episode, they discussed why the fast-paced 1920s dance, the Charleston, has become “dangerous” for the couples who have performed it over the past six weeks.

Reflecting on James Bye’s exit from the competition last weekend following his Charleston to Bumble Bee by LaVern Baker, Joe said: “Since when has Charleston become the most dangerous dance of the series?

“Three people have been out on the Charleston so far in this series.”

Kim, who has worked on the show since 2009, replied: “The Charleston used to be the dance where you thought you were safe.

“It was a fan-favourite, everyone loved it and it gave everyone that totally different energy.

“But you’re right, the tables have completely turned – maybe the Rumba is now the safe one.”

Joe said the Rumba and the Cha Cha Cha, which are known to be difficult to master, have “weirdly” become safer dances.

“It’s shocking and it’s unusual,” he added to which Kim replied: “Well it’s season 20 so anything can happen.”

Kaye Adams and her professional partner Kai Widdrington were the first pair to be eliminated from this year’s series following their Charleston to Music! Music! Music! by Stephen Weiss and Bernie Baum.

Jayde Adams and Karen Hauer were sent home following their Charleston to The Ballad Of Barry and Freda later down the line.

James and Amy Dowden were the last couple to be sent home after their Charleston for Halloween week.

The EastEnders actor and Welsh dancer landed at the bottom of the leaderboard after getting 27 out of 40 for their beekeeper-themed Charleston.

Following their exit, James told a tearful Amy on It Takes Two: “I’ve had such an amazing time but Amy is what Strictly is all about.

“I have never worked with anyone in any line of work I have done who loves their job as much as Amy does – she is absolutely obsessed with this show.

“Honestly, she gives this show every part of her body, she will be in my life forever, and she is amazing.

“This is what Strictly is all about and they are lucky to have her.”

Just 10 couples remain in the competition and Ellie Simmonds and Nikita Kuzmin will be dancing the Charleston this weekend to Too Darn Hot by Kiss Me Kate.

Fleur East and Vito Coppola, who were in the dance-off with James last week, will be performing a Waltz to I Guess That’s Why They Call It The Blues by Elton John.

Judge Craig Revel Horwood commented on Fleur being in the dance-off on Thursday’s episode of It Takes Two.

“Well, you’ve got to remember it’s a popularity contest,” he said. “I mean you do have to win the hearts and minds of the nation as well.”