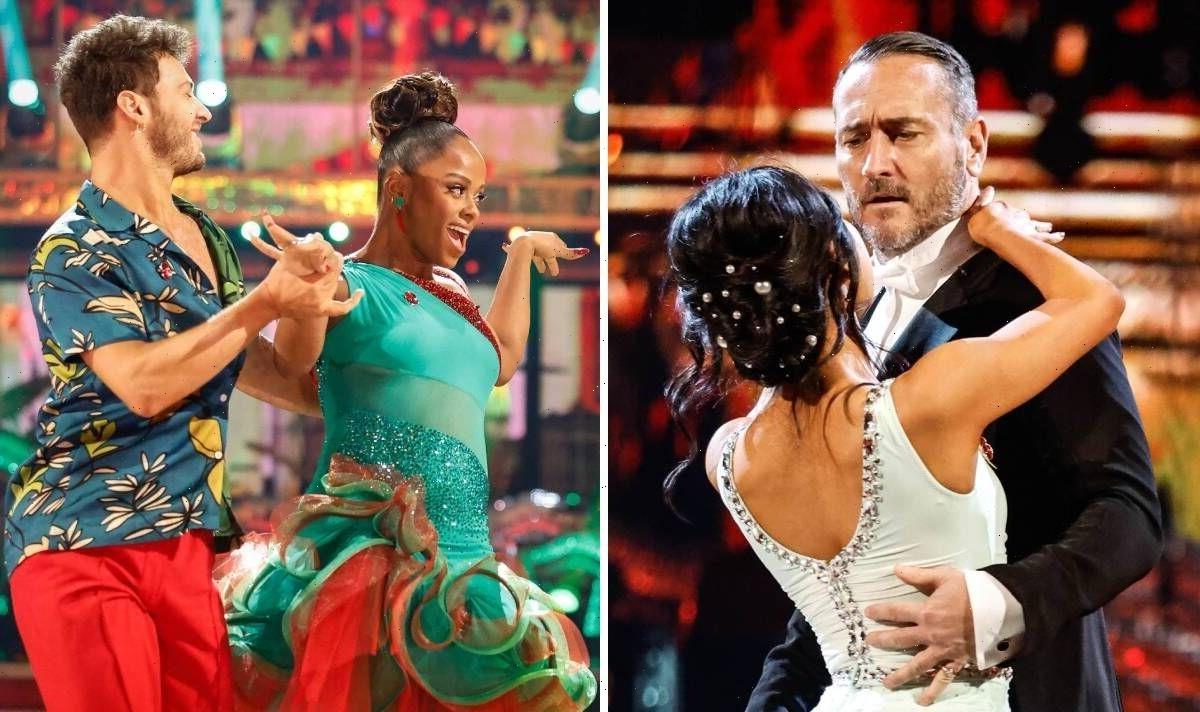 Strictly Come Dancing: Hamza Yassin on whether he thinks he can win

Strictly Come Dancing promises glamorous routines, dazzling outfits and overly critical comments from Craig Revel Horwood and, once again, the show has delivered with season 20. The BBC reality series returned to the iconic Blackpool Tower Ballroom last week, after two years away from the stunning venue. Back for Week 10 and the competition is heating up with the quarter-finals in everyone’s sight.

What time is Strictly on tonight?

Strictly Come Dancing season 20 has had various start times with the Saturday night show getting shorter as celebrities are voted off every week.

This time around, on Saturday, November 26, Strictly fans can look forward to the start of Week 10 at 7.15pm on BBC One.

Judges, presenters and contestants alike will be back in the usual studio to put on an unforgettable show from start to finish.

Sadly, not all of this year’s cast are going to be starring as another celebrity was kicked out of the competition last week.

While Tyler did put on a spectacular show with his Salsa to a KC & The Sunshine Band Megamix, it was Molly that got the judges’ unanimous vote to stay in the show after her Jive to Barry Manilow’s Bandstand.

When the verdict was in, both Tyler and Dianne were clearly emotional at the thought of taking to the dance floor one last time.

He told Tess Daly: “I’m more than a two-step now! When you watch the show at home, you wonder what it must be like to dance on it, it’s everything and more, it’s changed my life.”

Former Coronation Street actress Kym Marsh is not going to be joining the rest of the cast as she had a positive COVID-19 test.

Nevertheless, as long as Kym receives a full bill of health, she will remain in the competition and join the rest of the cast the following week.

For now though, there is still Week 10 to concentrate on, with a strong line-up of performances to look forward to.

This week’s songs and dances have been revealed ahead of Strictly:

Fleur East and Vito Coppola: Rumba to Too Lost In You Sugababes

Will Mellor and Nancy Xu: Charleston to Hush by Kula Shaker

On the Sunday night results show, fans will have a performance from special guests Tom Grennan and Joel Corry to look forward to.

Following their number, it will be time to get down to business as the bottom two is revealed.

But who will be sent home ahead of the Musicals Special quarter-final?

Strictly Come Dancing continues on Saturday, November 26, at 7.15pm on BBC One.