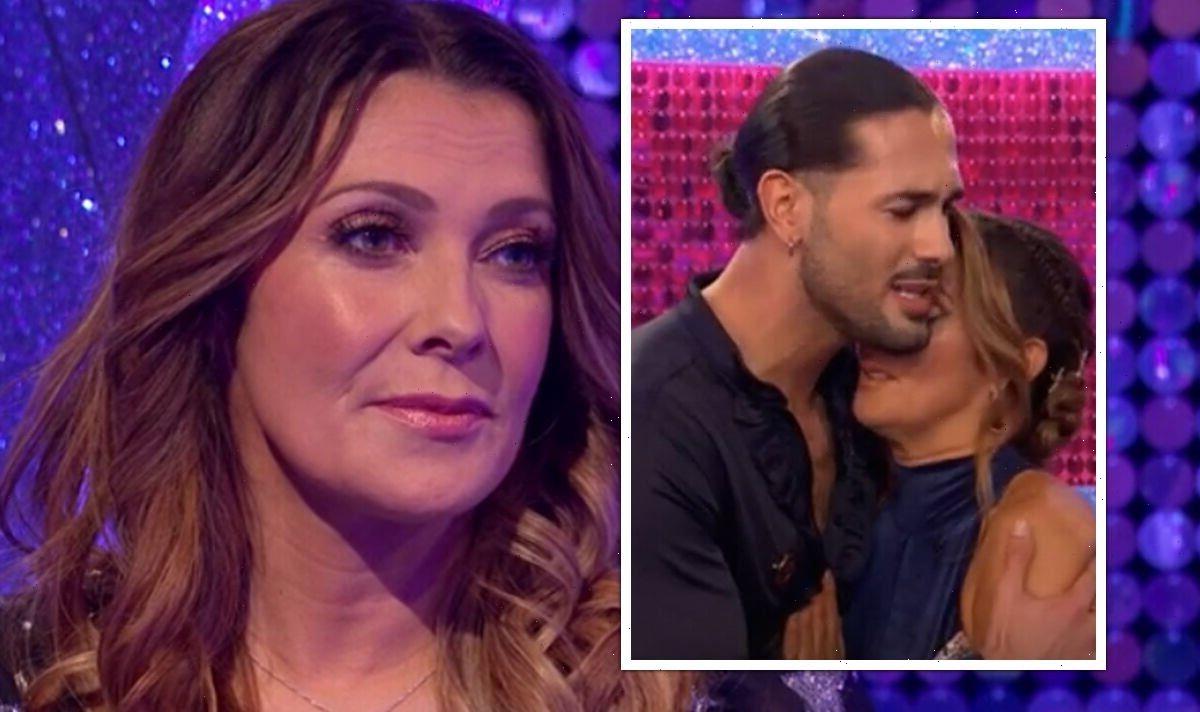 Kym Marsh and her partner Graziano Di Prima are making their Strictly Come Dancing comeback tonight after the Coronation Street star had to withdraw from last week’s show due to testing positive for coronavirus. However, the 46-year-old has been dealt a crushing blow just hours before her week 11 performance.

Kym is the favourite to be sent packing from the competition, according to Ladbrokes.

The bookies have put the Morning Live star at just 4/11 in the betting to be eliminated from the BBC show this weekend.

Fleur East and her professional partner Vito Coppola are next in the betting at 7/2.

However, it’s more good news for Hamza Yassin, who continues to lead the way by some distance for this year’s Glitterball Trophy at odds of 4/11.

Alex Apati of Ladbrokes said: “Punters seem to think Kym’s time on the Strictly dance floor will be coming to an end this weekend, with the former Corrie star our clear favourite for the boot.”

Kym will be dancing the Cha Cha Cha to Fame by the late Irene Cara for Musicals Week.

Kym told It Takes Two viewers on Thursday evening: “It’s one of my favourite songs and it takes me back to being a kid.

“I can’t wait to do the whole 80s thing and get on my lycra, you saw me in training with my headband and legwarmers.”

It comes two weeks after they performed the Paso Doble in Blackpool and were scored 33 points by the judging panel.

When asked if she was feeling the pressure following time out of the competition, Kym said: “I’ve loved every second, it’s been amazing

“And where we should be feeling pressure we are really not because we are going out there and we are going to have the best time ever. “

Dance expert Doctor Jill Rose Jacobs has claimed Kym’s time away from the ballroom floor may be a large advantage.

“Allowing Kym time to step back and recover was of course the best thing to do and I’m glad to see she has been recovering well,” she said on behalf of Heart Bingo.

She continued: “Kym will benefit from having the chance to sit back and observe the other dancers which is as valuable a tool as physical practice.

“I expect that Kym may make a comeback and even possibly steal the Glitterball Trophy.”

Doctor Jill said allowing Kym to return to the competition was not unfair to the other contestants.

Kym will be dancing against Hamza, Fleur, Helen Skelton, Molly Rainford and Will Mellor.

Last weekend’s highest-scoring couple was Will and Nancy Xu who were awarded 38 points for their Charleston.

Comedian Ellie Taylor and Johannes Radebe were the latest couple to be booted off the show following a dance-off with Fleur and Vito.

Strictly Come Dancing airs tonight at 8pm on BBC One.