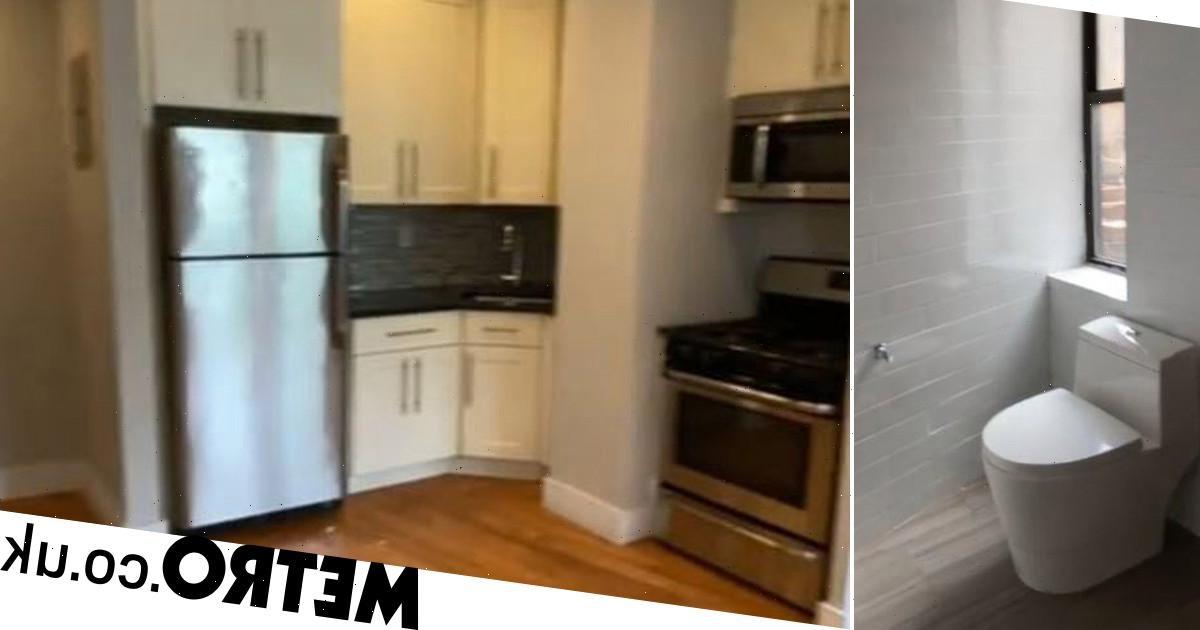 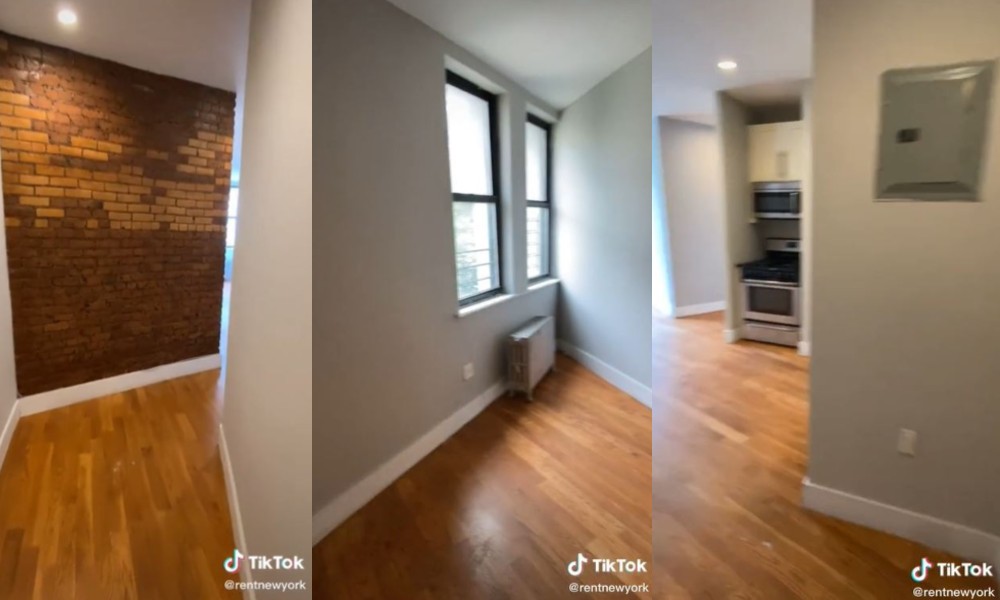 A real estate agent on the account @rentnewyork shared the video this week, calling the apartment ‘unusable’.

As the agent takes us through the apartment, we follow him down a narrow hallway with several sharp turns to avoid hitting a brick wall.

The apartment does have a spacious living area and a small kitchen sat in one corner, but the walls jut out at various angles and almost all of them are diagonal.

Halfway through the video, the agent says ‘don’t worry, it gets better,’ as he takes down another narrow hallway to a triangular-shaped bathroom and then three unevenly-sized bedrooms that don’t appear to be able to fit much furniture inside.

In the caption, the Tik Tok user joked: ‘My head is hurting’.

The video has been viewed over eight million times, and many viewers joined in with the mocking of the poor layout.

One person commented: ‘Why have nine walls when you can have 37?’

Some suggested that ‘coming home drunk and trying to find your room’ might be difficult or even dangerous.

Because of the odd angles, a lot of ‘normal’ furniture would not be able to fit within those specifications, which could cost the tenant more in the long-run.

A sharp indictment of rental prices in New York City (and many other cities across the world) for sub-par spaces, the video had many shocked at the extortionate price.

However, the location is excellent, as the real estate agent commented that it is just ’32 minutes to Midtown’ Manhattan. Worth it?