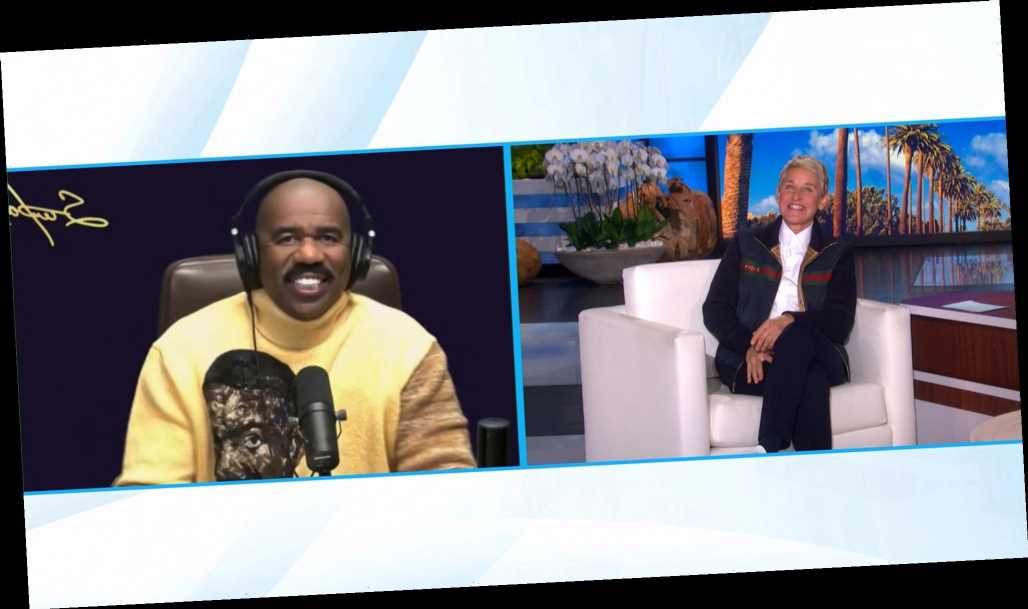 While appearing on Monday's episode of The Ellen DeGeneres Show, Steve gave his fatherly opinion of the Black Panther actor, 34, dating his stepdaughter, 24 — sharing that he had nothing but praise for Jordan.

"So your youngest daughter is dating Michael B. Jordan," said DeGeneres. "I actually knew that was happening a while ago because Michael B. Jordan texted me and asked Portia [de Rossi] and I to help him surprise her for her birthday to get horses for them to go riding. I thought, 'Isn't he just the greatest?' "

"You know what," Steve responded, shaking his head, "I have tried not to like him. I have tried to find something wrong with him that I could dig in and go — 'cause I done got rid of all of 'em. All of 'em. Some of them snuck in the back door on me and lasted a lot longer than I wanted it to."

"But this guy, is such a good guy, man," he added of Jordan. "He is one of the nicest guys. I've met his father. I've sat up with him, we've talked for hours. I just can't find nothing wrong with him!" "Most guys I say I can jump on 'em and take 'em out, but he just looks like a real ass-whooping in the making. So I'm just hoping they make it, you know," he joked.

"First of all, let's be clear about something. He is a nice guy," Steve told host Jimmy Kimmel at the time, jokingly adding, "He is not the sexiest man alive to me. At all."

Steve also cracked some jokes about Jordan renting out an entire aquarium as a Valentine's Day gift to Lori. (Jordan also treated the model to a luxurious private dinner in one of the underwater tunnels).

"Yeah, well good luck homie 'cause Valentine's come every year," Steve said. "So I don't know if you know how this works or not, but I don't know how you gonna top that, but good look partner."