With no new Marvel movies to see for at least six months, fans have been busy casting roles they expect to see filled in eventual MCU movies. So does Steve Carell pass their audition for Doctor Octopus?

It depends on whom you ask. Some fans approve of the choice, while others reject it. It may depend on just how you know Steve Carell. Do you know goofy and funny Steve or solemn and serious Steve best?

The case against Steve Carell in the MCU 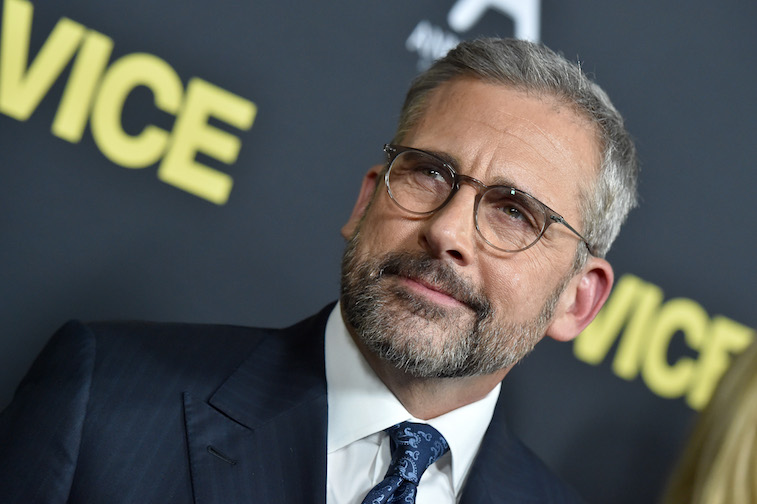 Some fans may not be able to get past the popular image of Carell as the lovable but awkward goof as seen in The Office, the Anchorman movies, and The 40-Year-Old Virgin. None of them come remotely close to the image of the megalomaniacal Doc Ock.

However, many fans’ rejection of Carell has less to do with his image as an actor and more to do with the fact that using the not-so-good Doctor again would be repetitive — and not just because he already appeared in Spider-Man 2.

Generally speaking, some fans don’t want yet another scientist mentor for Peter Parker. That’s already been done via the late Tony Stark/Iron Man, and not a few people feel the movies lean too hard on that relationship as it is. They argue Spidey is too dependent on the mentor and not allowed to stand on his own. Even after Tony died in Endgame, Far from Home repeated the theme.

“The problem is they just did the mentor/villain angle in Far From Home. They can’t really do it again particularly soon. Maybe if we get six movies from this Spider-Man or a TV series or something,” one fan on Reddit wrote.

The case for Steve Carell

RELATED: ‘The Office’: Why Steve Carell Once Refused to Work, Shutting Down Production

On the other hand, or on one of the other 7 arms, Carell has proven to have an impressive range as an actor. He’s particularly good at playing sullen types who bottle up their emotions and seem like they could explode any minute. Think of his villain in Foxcatcher. Carell has also made a career out of playing egocentric blowhards like Bobby Riggs in Battle of the Sexes or in his role as a disgraced anchor in The Morning Show.

As one fan pointed out, “he’s hot enough that if they want to go the whole “Doc Ock and Aunt May are dating” storyline, it’d be believable. (Yes, Doc Ock and Aunt May dated and almost got married. In some stories his love for her was genuine, in others he was just after a nuclear plant she inherited. Because comics.).”

At the very least, Carell would be an interesting visual change. In the comics and in Spider-Man 2, Doctor Octopus was short and stocky. Carell is not short and stocky, so he would certainly be visually different. But that won’t be enough for some Spider-Man fans with long memories.

Who played Doctor Octopus before?

RELATED: People Want Spider-Man to Have a Bigger MCU Role, But It May Never Happen

One fan said “It’s gonna be hard for me to look past (Alfred) Molina’s performance… he was so perfect.” Molina played the role in 2004’s Spider-Man 2, directed by Sam Raimi, and fans and critics alike praised his performance that cut to the heart of Doc Ock’s dual nature. Molina was very convincing as a maniac, but audiences also bought him as a grieving widower who wasn’t truly evil at heart.

Critic PJ Nabarro wrote, “I especially like the scene where Molina, pre-obligatory industrial accident, shares a drink with his wife and Parker, and he brings a convincing pathos to his character’s destruction at the end, where his own humanity — rather than Spider-Man’s power — brings him to his climactic epiphany.”

As one fan wrote on Reddit, “I never disliked Alfred Molina’s approach, and I think Steve Carell could easily pull off a similarly iconic performance. Marvel has been excellent with casting so far, definitely as much an art form as the rest of the filmmaking process.”