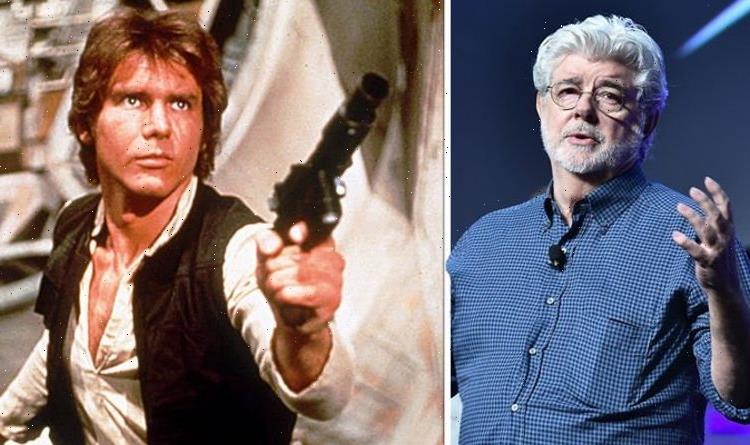 Today, July 13 2021, marks Harrison Ford’s 79th birthday. Back in the 1970s Ford was an unknown actor and was working on becoming a star. The young heartthrob had claimed a few small parts in some films but had not really gathered enough renown to become a huge hit just yet. In the meantime, Ford was also working as a carpenter to pay the bills and put food on the table for his family. During one of his smaller jobs, he was cast in a George Lucas movie titled American Graffiti.

American Graffiti was one of Lucas’ first feature-length films.

The movie was released in 1973 and starred a familiar cast, including Richard Dreyfuss, Ron Howard, Terry McGovern and Ford.

Ford’s part in the film was small but notable enough that Lucas would remember him in the months to come.

A year later, when Lucas was working on casting actors for his next feature, Star Wars, he refused to cast Ford again.

“George Lucas made it known that he was not interested in working with anybody that he’d worked with in American Graffiti, that he was looking for new faces.”

Because of this, he was out of the running for Han Solo.

But that was not the last Lucas saw of Ford.

What do you think?

Would Star Wars have been the same without Harrison Ford as Han Solo?

Join the debate in the comments section here

Ford started working on some carpentry work at the offices of legendary film-maker Francis Ford Coppola on the same day Lucas was holding auditions for Star Wars there.

Casting director Fred Roos recalled: “Harrison had done a lot of carpentry for me.

He needed money, he had kids, he wasn’t a big movie star yet. The day he was doing it, George happened to be there. It was serendipitous.”

Ford himself said: “I was working on a elaborate portico entrance to Francis Ford Coppola’s offices, working as a carpenter when George walked in with Richard Dreyfuss to being the first of the interviews for Star Wars.”

Ford added: “Somehow that rang a bell with George, and I became, eventually, Han Solo.”

Despite the star becoming one of Lucas’ leading men, the pair didn’t always get on while shooting Star Wars.

The American actor spoke about the “beef” between himself and the director in 2017.

And he blamed Lucas’ cheesy writing for Star Wars.

“George usually sits near a monitor, far removed, so I had to convey my impression… or my feelings… about the dialogue across a great space.

“So I did shout it: ‘George! You can type this s**t, but you sure can’t say it! Move your mouth when you’re typing!'”

He added: “But it was a joke, at the time. A stress-relieving joke.”

The Star Wars saga is available on Disney Plus now.