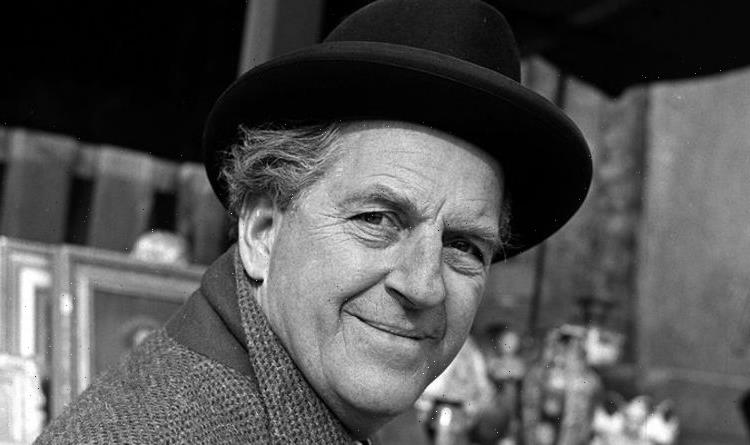 Stanley was one of Britain’s best-loved actors and comedians, having starred in a number of films in a career that spanned 70 years. He was most famous for his comic and character roles both on stage and on screen, and was renowned for his comedic monologues and songs. Perhaps his best-known persona was that of Alfred P Doolittle in, ‘My Fair Lady’.

Today, viewers will be delighted to be transported back to his 1952 hit film, ‘The Titfield Thunderbolt’.

A classic Ealing comedy flick, the villagers of Titled take matters into their own hands when their local railway line is closed, but their plan to re-open it provokes retaliation from a bus company.

A much-loved figure throughout his life, Stanley was described amiably by those around him.

He married twice: the first to Alice “Queenie” Foran, the second to Violet Marion Lane.

Queenie sadly died of cirrhosis of the liver aged 45 in 1937.

Despite him being a client of the Aza Agency in London, no project was taken on without Violet’s approval.

It was Violet that Stanley made a heartwarming admission about, as recalled in the book, ‘The Life Story of Stanley Holloway’ as told to Dick Richards, published in 1967.

JUST IN: Groundhog Day: Bill Murray ‘hated’ working on the movie and was bitten

Here, Stanley joked that he was engaged in “lawful bigamy” with Violet due to the various roles she held in his life.

Her work behind the scenes on his career, added to the myriad other roles she played, left her playing a number of characters, as Stanley joked: “I suppose I am committing lawful bigamy.

“Not only is she my wife, lover, mother, cook, chauffeuse, private secretary, housekeeper, hostess, electrician, business manager, critic, handywoman, she is also my best friend.”

Together, Stanley and Violet had one son, Julian.

Julian had a brief relationship with Patricia Neal’s daughter, Tessa Dahl, and had a child of his own, the model and author Sophie Dahl.

Violet was born into a working-class family from Leeds.

The family later moved to and lived mainly in the tiny village of Penn, Buckinghamshire.

Stanley and his first wife, Queenie, met in 1913 in Clacton, while he was performing at a concert party where she was selling charity flags on behalf of the Royal National Lifeboat Institution.

Dame Judi Dench health: Star, 87, left ‘unable to get up’ after fall [REPORT]
Joker 2 release date, cast, trailer, plot: Has it been announced? [INSIGHT]
Dune 4K Blu-ray review: Only way to experience the film of the decade [ANALYSIS]

Queenie’s being an orphan was something Stanley felt they both had in common, the actor’s mother having died that year and his father abandoning the family in his youth.

The pair married in late 1913 and had four children: Joan, born on Stanley’s 24th birthday in 1914, Patricia, John and Mary.

In 1960, Stanley was rewarded with his contributions to entertainment and appointed an Officer of the Order of the British Empire (OBE).

Then, in 1978, he was honoured with a special award by the Variety Club of Great Britain.

By then he had forged close friendships with many fellow performers, including Leslie Henson, Gracie Fields, Maurice Chevalier, Laurence Olivier and Arthur Askey.

He also had many big-name friends in the US, where he occasionally worked on Broadway, including Frank Sinatra, Dean Martin, Burgess Meredith and Groucho Marx.

When he died on January 30, 1982, Arthur told the Sunday Express: “He was the nicest man I ever knew. He never had a wrong word to say about anyone.

“He was a great actor, a super mimic and a one-man walking comic show.”

‘Wiv a little bit o’luck: The life story of Stanley Holloway’, as told to Dick Richards, is published by Stein and Day. You can buy it here.

‘The Titfield Thunderbolt’ airs at 2:55pm on BBC Two.