If you like to watch, you've never had it so good. But with even more streaming services coming our way, we might soon wonder if it's all too much of a good thing. 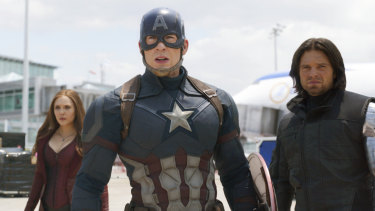 Marvel content such as The Avengers franchise is a major draw – but where will it end up?Credit:Disney

Later this year, The Walt Disney Company will launch its SVOD service, Disney+, which will be chock-full of Marvel, Star Wars, Pixar and, now the $US71 billion takeover has been finalised, Fox product.

Meanwhile WarnerMedia plans a "soft" launch in late 2019 of its as-yet-unnamed SVOD rival, a service that will be spearheaded by its massive and prestigious catalogue of HBO content.

It's difficult to predict exactly what impact all of this will have on our viewing options – and rights deals mean they won't all necessarily flow through to Australia in the short-term – but big changes are likely.

Netflix has already lost access to much Disney content, and expects to lose both Fox and Warner titles from its library too. But it is making up for that by spending big on originals – a staggering $US15 billion this year alone. And though Netflix is saddled with enormous debt, the strategy just might work: while originals currently make up only 20 per cent or so of the Netflix library, recent figures from the US suggest they accounted for more than one third of viewing. 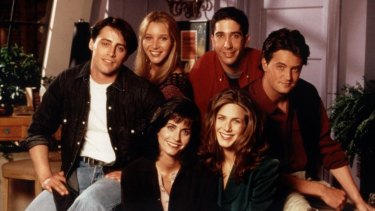 Fifteen years after its last episode was made, Friends remains one of Netflix’s key draws – for now.

On the other hand, the third-biggest show on Netflix is Friends, which Warner plans to take back for its own service. But that would come at a huge cost to the studio, given Netflix last year paid $US100 million to secure the rights to the show (the last episode of which was made 15 years ago) for just 12 months.

Licensing deals are also important to Stan (which is owned by Nine, publisher of this masthead). In January, it launched its catalogue of Marvel, Star Wars and Pixar films and series (all owned by Disney).

Will the launch of Disney+ ruin the party? Maybe not: Stan won't reveal how long the deal is for, but it is understood to be "multi-year". Ditto the deal with CBS – signed long before the American network bought 10 and launched its 10 All Access SVOD service. Even if CBS could get their shows back, it would have to wonder if it would make more financial sense to chase license fees or subscriber numbers.

Difficult decisions lie ahead – and not just for the owners and distributors of all that content, but for customers too. 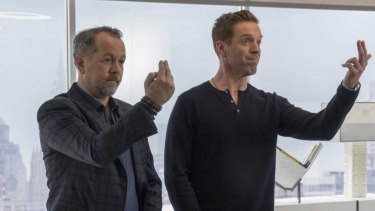 David Costabile and Damian Lewis in Billions, a show made by 10’s owner CBS but screening exclusively on Stan.Credit:Jeff Neumann

Streaming services have found a willing audience in Australia because they offer a vastly cheaper alternative to a top-tier Foxtel subscription. But if you want to cover all your bases, that's no longer the case.

It's possible that the Apple model points to the way ahead: providers that can aggregate services into one easy-to-handle bundle might prove far more attractive to consumers than subscriptions to multiple operators.

And yes, that does sound a lot like cable TV. Just without the cable.

That's certainly the view of Marc C-Scott, an academic at Victoria University specialising in the broadcast landscape. "I think we'll see more fragmentation over the coming years," he says, "but then we're going to see either mergers or some form of aggregation between services."

But that's just in the short-term, he adds.

"I wouldn't want to speculate beyond two years because then you have to factor in what might happen with free-to-air as well. That's just far too unpredictable."

Docplay: Documentaries from around the world, $6.95 per month (docplay.com).

Foxtel Now: Foxtel, without the box. Packages from basic to everything, including sports, $25 to $79 per month (foxtel.com.au/now).

Kanopy: Over 30,000 films, free to members of participating libraries (kanopy.com).

YouTube Premium: Original comedy, drama and talk shows on the service that was launched as YouTube Red, ad-free and in HD, $14.99 per month (youtube.com/premium).

Google Play: Movies and TV series to rent from $3.99 (play.google.com/store).

WarnerMedia SVOD service, with HBO as its core.

The Criterion Channel (US and Europe from April, no Australian launch date yet).