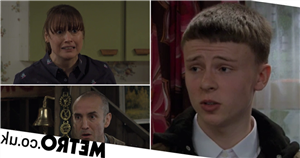 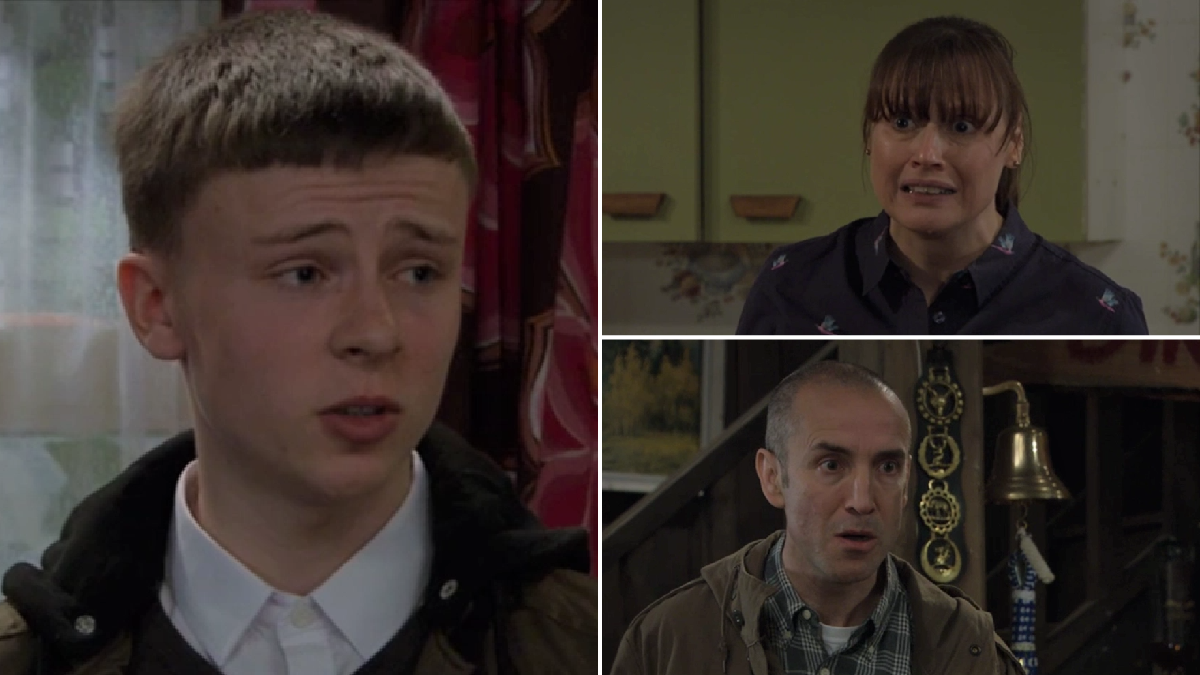 Last night (May 25), Samson watched as the muggers approached Lydia. The teen was too afraid to get involved which meant Sam (James Hooton) had to scare them away.

It was clear Samson regretted his actions in last night’s edition of the ITV soap and wanting to seek payback, viewers watched him put a crowbar in his school bag before the credits rolled.

Tonight, Samson confronted the muggers at school and back at home, Lydia’s hopes that luck was finally on her side following the fraud investigation was all short lived due to the young lad’s actions.

Sam answered the phone and discovered Samson had been suspended and when he returned home, Sam unleashed his anger towards his son.

The anger Sam felt increased tenfold when he discovered Samson watched Lydia’s mugging take place but didn’t do anything to protect her.

Samson tried to explain that his attempt at confronting the muggers was him trying to protect Lydia, but it wasn’t enough and Sam left his son devastated when he told him that as he broke the family code, he now wasn’t worthy of the Dingle name.

Lydia tried to help cool the situation, but Samson announced that because of his actions, he doesn’t belong in the family.

Lydia was left heartbroken, but where could things lead for the teen?

Could Samson run away from home if he feels he isn’t welcome anymore?