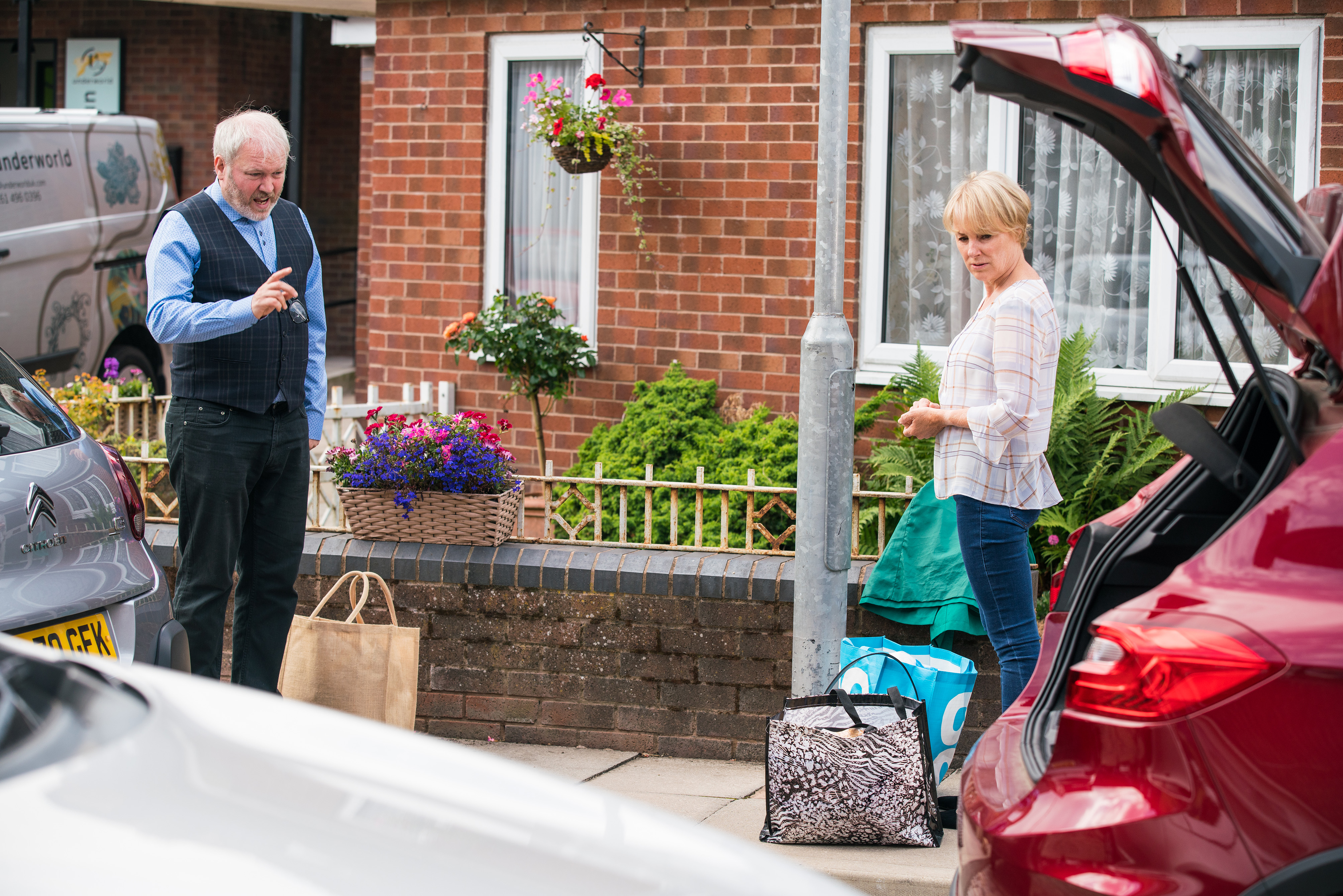 Always one to voice her opinion, Sally Metcalfe (Sally Dynevor) will start a war on the traffic wardens in Coronation Street.

In the café, Sally complains to Shona (Julia Goulding) about the increase in chaotic parking locally and how she got a ticket thanks to an overzealous traffic warden.

Spotting Fergus in the street, Sally apologises for her rant, but when she learns Fergus was the one who issued her the ticket, Sally loses her cool and Fergus scurries away.

Later, after Sally fails to have her parking ticket revoked, Aggie (Lorna Laidlaw) offers to help out, but immediately regrets her decision when Sally plonks a load of paperwork in front of her.

Later on, Sally pounds the pavement in pursuit of signatures in favour of resident permits for the street.

Will Sally win her fight?

With people busy going about their day, could this protest lead to trouble?